Music | Jack Body’s last composition, Cries: A Border Town, was a work like no other, writes Andrew Ford 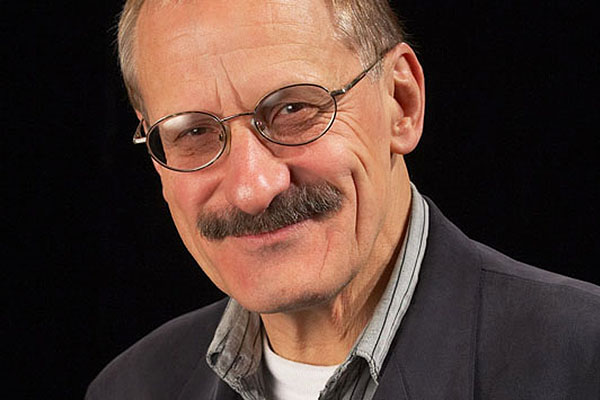 Over the years, I have met many composers from southeast Asia. Always among their first questions to me – sometimes the very first – has been, “Do you know Jack Body?” I expect the question will continue to be asked, though now, alas, it will be in the past tense.

Jack Body was the composer from New Zealand everyone knew. It was partly that he travelled widely and met everyone; partly that his enthusiasm endeared him to those he met; partly that he was interested in the music of other cultures and drew, without qualm, on their influences; and partly that he was so generous in his work as an ambassador for his colleagues in New Zealand. When you met him, he always gave you recordings, and they were never just of his own music. “Don’t miss these Ross Harris pieces,” he would say; or “This is one of Gillian Whitehead’s best, make sure you listen to it.”

Body worked in every conceivable medium and idiom, composing music for orchestra and voices, composing opera – his great Alley of 1997 – and music for film and television, composing major works alongside the lightest of light music. And his Asian travels yielded not only new sounds in Body’s own work together with arrangements of traditional tunes from China and Indonesia, but also electronic music pitched somewhere between a sort of celebratory ethnomusicology and the sonic equivalent of a home movie. Body was, in the best sense, a protean composer. His output was full of variety and you never knew what to expect, but it was unified by a musical big-heartedness befitting the man’s own personality.

Last Saturday night at the Fitters’ Workshop in Canberra, as part of the Canberra International Music Festival, the New Zealand String Quartet and the six voices of the Song Company gave the first Australian performance of Jack Body’s final piece, Cries: A Border Town. Formally, it is a work unlike any other, the voices enunciating (at first) bureaucratic questions and answers while the string quartet oscillates between raw urgency – with a touch of Bernard Herrmann – and cool lyricism, using musical figures associated with the sirens of emergency vehicles, police cars, ambulances. The imagery is apt.

There are two border crossings alluded to in the seven-minute piece, the first of which was closed to the philosopher, Walter Benjamin in September 1940. Fleeing inevitable arrest by the Nazis, Benjamin, a German Jew, left his home in Paris, en route to the United States. Having successfully crossed into Franco’s Spain, he was halted at Portbou on the Costa Brava and informed he would be returned to France. That night, Benjamin killed himself in a hotel room with an overdose of morphine.

Cries: A Border Town juxtaposes these events (the bureaucratic questions) with Jack Body’s knowledge of his own impending death. Here was another border to cross, but this time there was no chance transit would be denied. As the composer’s text puts it: “You are expected. / The border is open. // The stream of your life / Has become a river / Whose banks grow ever wider. // It is time to embrace the ocean.”

Echoes of Tennyson’s “Crossing the Bar” are unmistakable. That was not Tennyson’s final poem, but he left instructions that it should always appear last in any anthology of his work. Jack Body knew well the significance of Cries: A Border Town, and he almost failed to write it. Last year, having been handed news of his terminal cancer, Body told the New Zealand String Quartet he would not be able to complete their commission. But then suddenly they heard he was composing the piece after all. The first performance was given in Nelson in February.

In the mythologised history of music, composers have often seen their ends approaching and responded in a final composition or group of compositions. Mozart’s Requiem, Beethoven’s late string quartets, Schubert’s Schwanengesang, Berg’s violin concerto and Strauss’s Four Last Songs are all associated with their composer’s deaths, even if the connections are in some cases tenuous and romanticised. But there is no doubting the authenticity of Cries: A Border Town.

In introducing Saturday night’s performance, Roland Peelman, who conducted the piece and who is the Canberra International Music Festival’s artistic director, told the audience the composer had just been admitted to a hospice in Wellington. He had reportedly told the paramedics who took him there, “I’m in transit.”

As it happened, Saturday night was Jack Body’s last. He was seventy years old. •

Cries: A Border Town by Jack Body will be broadcast on ABC Classic FM on Friday 15 May at 8 pm and on The Music Show on Radio National at 11 am on Sunday 17 May.