Music | Next to Van Morrison and Bob Dylan, Joni Mitchell’s output has been small, writes Andrew Ford. But she is a different kind of composer and performer 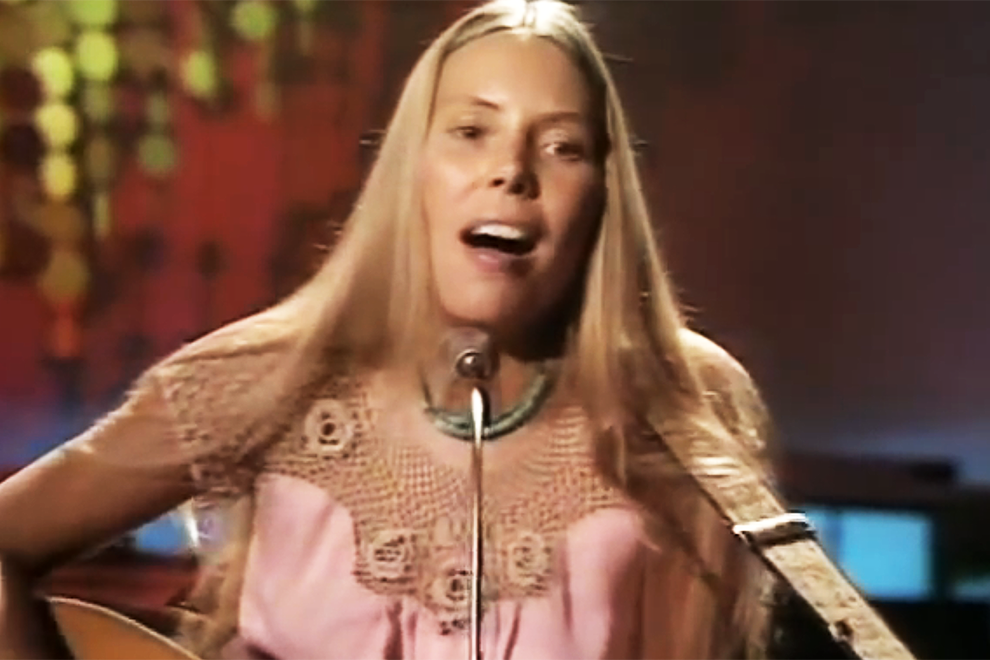 This was meant to be a review of Van Morrison’s new album, the unsnappily titled Duets: Reworking the Catalogue – that’s what I’d promised my editor. Released at the end of March, it’s an example of that career-end staple, a collection of duets with an odd assortment of other singers, and I had thought it might be amusing to attempt a comparison with Bob Dylan’s recent collection of standards once sung by Frank Sinatra, Shadows in the Night. But I can’t stop thinking about Joni Mitchell.

The context is illuminating. There are points of contact between all three singers – particularly between Dylan and each of the others – though not nearly as many as you might imagine. Dylan still marches on, making albums and giving concerts, his voice, most nights, in threads, but the albums full of interest and good songs. Critics and fans hail his “return to form” so often, you wonder when he was ever out of form. The Sinatra album was a curiosity, but his last collection of original material, Tempest (2012), was very strong. And some nights the voice comes good.

Morrison’s last important album was back in 1997. The Healing Game, full of good tunes, was both a summing up and a closing down of the great themes in thirty years of his song-writing. The spiritual search and the pining for home had turned out to be the same thing. On the title track, the horns triumphantly quote Ira Gershwin and Vernon Duke’s “I Can’t Get Started.” Morrison might have “been around the world in a plane,” but now he was “back on the corner” with no further need to write songs or make records. Not that this stopped him. On the evidence of Reworking the Catalogue, his voice remains in good nick, a little thinner than of yore, but true and expressive and instantly recognisable. Alas, the duets with the likes of Mavis Staples and Bobby Womack, Mark Knopfler and Michael Bublé are safe and dull.

Even before last week’s hospitalisation, Mitchell’s singing career was behind her, her once soaring voice now in her boots. And when was her last important album? The recordings with Vince Mendoza and his orchestra – Both Sides Now (2000) and Travelogue (2002) – were lovely late vehicles for her kippered vocal cords, but I’m talking about albums of new songs. I fear we have to go back nearly forty years to Hejira (1976), the climax to a succession of astonishing albums spanning the previous eight years that had led the singer from bright, original material sung to her own acoustic guitar, to working with some of the great jazz musicians of the day. By the time of Shadows and Light, the endlessly involving live album of 1980, her band consisted of Pat Metheny and Jaco Pastorius, Michael Brecker and Lyle Mays.

Next to Morrison’s songbook, let alone Dylan’s vast oeuvre, Mitchell’s output is quite small, but her songs are also of a different nature. With Morrison, words, melody lines and chord changes are merely the jumping-off point for his performances, the best of which end up abandoning lyrics altogether for a stream of roars, grunts, whispers and wheedles. With Dylan, whose hagiographers demand he receive the Nobel Prize for literature, words are of the essence, his frame of reference as wide as that of many great poets. (I still don’t see how it’s literature.)

While some of Dylan’s earlier songs appeared to be autobiographical, it was always hard to be sure. Few such doubts have attached to Joni Mitchell, her heart never far from her sleeve. Yet if Mitchell’s best subject is herself, she has succeeded in being universal at the same time. So whether we’re listening to a busking clarinettist “by the quick lunch stand,” doing the goat dance on a Greek island, sitting “in some dark cafe” with the smugly irritating Richard, or “driving across the burning desert” communing with Amelia Earhart, we find we are inevitably contemplating life itself.

And even as Mitchell’s lyrics proceed from a confessional intimacy that we seldom get (and probably don’t want) from Dylan or Morrison, her words are leading us into musical terrains far richer than either man has ever inhabited. The music of all three singers is tied to their idiosyncratic voices, but with its once-wide range, Mitchell’s was always capable of exploring more adventurous melodic lines, emotionally expressive in their chromatic turns, agile in their leaping intervals. Harmonically, she was more striking yet. Dylan and Morrison have generally made do with three or four chords, but Mitchell, retuning her guitar from song to song to deliver a wide range of vibrant “open” tunings, would journey through often quite remote tonalities.

Her harmonic gift was there from the start. On her first album, Song to a Seagull (1968), tracks that start out brightly diatonic turn dark and chromatic. The lyrics of “The Pirate of Penance” are melodramatic, but the music pits a gloriously winding tune against chords that explore mediant and submediant shifts reminiscent of Schubert. Such sophistication was the rule with Mitchell, not the exception, and it is small wonder she moved gradually to working with jazz musicians. Her vocal flexibility alone might have led her there.

Listening recently to that first album, I found myself marvelling at the freshness of invention. Later albums – particularly Blue and Hejira – might have been greater achievements, but in 1968 no one else was creating things like Song to a Seagull; no one else in pop was using those chords, no one sang such discursive melodic lines, and no one else had a voice like that. She was unique. She still is. •