Karl Marx and the branch stackers 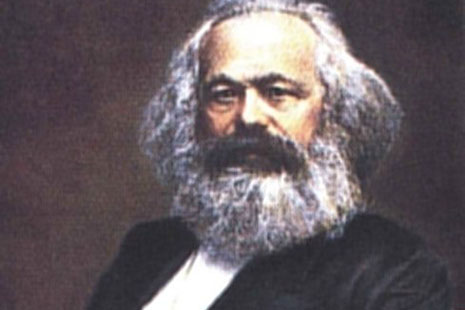 ONCE UPON A TIME, when the Australian Labor Party was a democratic socialist party, it often took seriously Karl Marx’s dictum that “philosophers have interpreted the world long enough: the time has come to change it.” Labor’s Victorian branch needs to listen to Dr Marx once again.

Last week the state ombudsman tabled in the Victorian parliament a devastating report on the goings on in the Brimbank City Council in Melbourne’s north-western suburbs. It was a veritable hamburger-with-the-lot of malfeasance and misfeasance, including conflict of interest, improper use of powers, bullying of councillors and staff, misuse of funds, improper release of information and that hardy perennial – pornography on council-owned laptops.

The ombudsman put his finger on the root cause of this dysfunctional behaviour – internal party factionalism. Brimbank is Labor territory within the federal division of Gorton, which is held for the party with 71 per cent of the vote. Brimbank is also right-wing Labor territory, with the Labor Unity faction dominant. But that faction is itself balkanised, with the report finding that rivals George Seitz MP and local identity Hakki Suleyman have been fighting for political dominance in the area for years. When Mr Suleyman’s daughter, local councillor Natalie Suleyman, failed to win preselection for the ultra-safe state seat of Kororoit in 2008 all hell broke loose.

The progeny of Victorian Labor factionalism is branch-stacking in order to gain preselection for safe seats. It typically works like this: factional warlords, sometimes local councillors, connect up with leaders of ethnic communities to recruit members, known as “stacks,” into Labor branches, where they turn up to vote as directed and are rarely seen again. Often, the ethnic leaders or their family members are then rewarded with jobs in the electorate offices of Labor politicians. What this exploitative practice tells us about a party supposedly committed to fairness and social equity is obvious.

Brimbank and environs are heaven-made for branch stackers. As well as being Victoria’s second largest municipality, with an annual budget of $133 million, it is the most multicultural, with no fewer than fifty-three culturally diverse communities. Over 50 per cent of its 174,000 residents speak a language other than English.

Because of his powers, the Ombudsman’s report is notably thorough and illuminating, but anyone who has not been asleep for the past few decades has known about the factional toxicity and the odious practice of ethnic branch stacking. Labor members were alerted to many of the problems in 1998 when lawyer Mark Dreyfus, now a federal MP, conducted a review of the party’s organisation.

Unlike Dr Marx, Victorian Labor power brokers have only nibbled at the problem, introducing relatively minor rule changes that mean the stackers now have to be a bit more cunning. A cynic might observe that the Labor hierarchs have little incentive for real reform since they flourish under the factional system.

As a follower of Marx (V.I. Lenin) once asked, “What is to be done?” Labor could follow the lead of its fraternal British counterpart and ban factions altogether and expel anyone who tries to form one. While this would win the approval of the majority of genuine branch members who are not members of factions, and many of whom loathe them, it is probably too courageous a decision. But what about a moratorium on factionalism for the life of the next state parliament? We might just discover that parties can function without them, or at least without rigid factions.

The last time the Victorian ALP faced these sorts of problems was in the aftermath of the 1955 split which brought forth the Democratic Labor Party. The problem then wasn’t multi-factionalism but the authoritarianism of a single faction that dominated all layers of the party. That problem was solved by Labor’s federal executive intervening and restructuring the branch in 1970. That was nearly four decades ago and perhaps “it’s time” again.

But why, you ask, does the Labor Party need to put itself though all this political pain when the public don’t seem to care about factional hanky-panky and the state Labor government seems to have insulated itself from the contagion – for now? Well, we saw in the late 1980s how dysfunctional factionalism helped destroy the good Labor government of John Cain.