Are parliamentary committees up to the job? 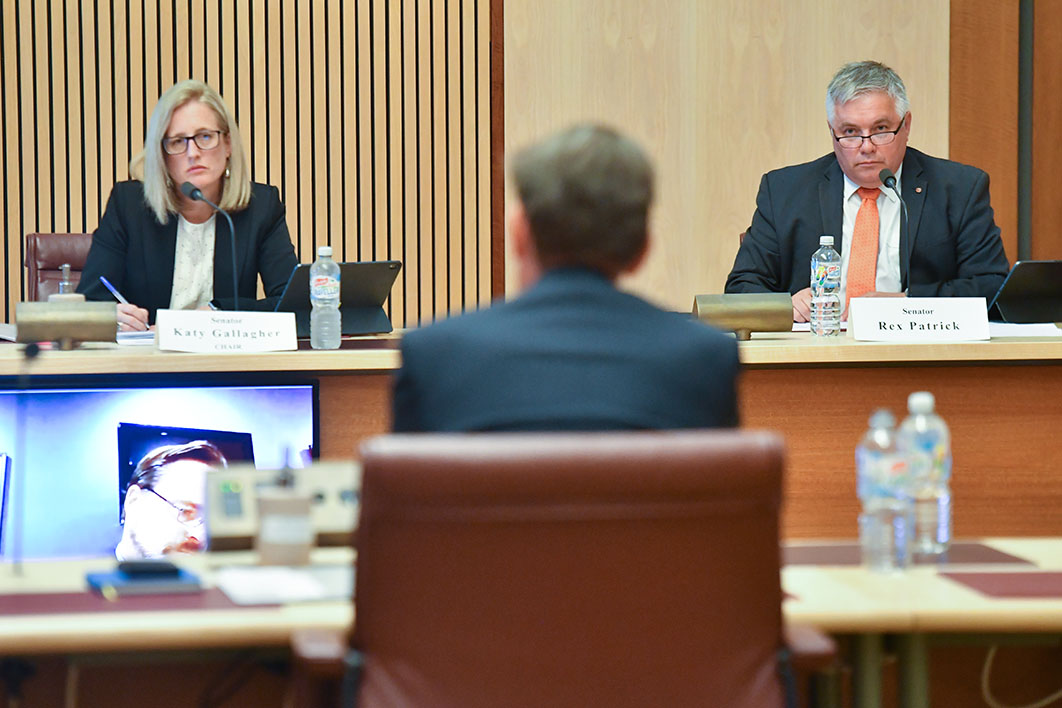 “Extraordinary times call for extraordinary measures” has been a frequent refrain during the Covid-19 pandemic. In response to this complex and potentially devastating threat, parliaments around Australia have given governments unprecedented power over our day-to-day activities, travel, attendance at schools and workplaces, and welfare entitlements. They are collecting and sharing personal information, detaining individuals and spending enormous amounts of public money.

Many of these new laws and powers have been welcomed as necessary to keep the community safe. But how do we make sure governments are keeping our rights and interests front of mind as they make these laws and give themselves these powers? How do we make sure that the “extraordinary” measures remain proportionate to the risks we face?

In Australia, we look to parliaments rather than the courts to protect our individual rights and balance competing interests. We expect MPs rather than judges to draw the line between protecting the right to personal privacy, for instance, while responding to public health crises. While some Australian states and territories, notably Victoria, Queensland and the Australian Capital Territory, have special human rights legislation, most Australians can’t point to a single law that protects their rights. Instead, they rely on a range of laws and practices.

This is what academic lawyers like George Williams and Lisa Burton call the “parliamentary” model of rights protection. As long as parliaments don’t contravene the Constitution, they are free to take away our rights. We can’t go running off to court to enforce our right to freedom of movement, for example; instead we need to let politicians know how we feel through the ballot box.

Australia’s approach depends heavily on the idea that groups of parliamentarians, brought together with members from all sides of politics in parliamentary committees, will sound the alarm about a proposed law that looks likely to have a negative impact on individual rights and liberties or to transfer too much power to the executive government or its agencies. Sounding the alarm won’t necessarily stop the law being made, but it will at least make sure that other parliamentarians and the public know what they are in for when the law is debated.

This process is particularly important during emergencies. New laws are often rushed through parliament without much chance for the public or other external experts to consider their details or suggest alternatives. In fact, the very first parliamentary committees in Australia were set up in wartime in an effort to slow down the transfer of power away from parliament towards the executive.

Now we face a different type of war, but we remain heavily reliant on parliamentary committees to play this scrutiny role and, when necessary, sound the alarm.

Parliamentary committees comes in many forms, and they assess and report on rights-related laws in a variety of ways. At one end of the spectrum are the more sophisticated scrutiny committees in federal parliament and in Victoria, the Australian Capital Territory and Queensland, which look at all proposed laws and test them against human rights principles set out in such legislation as the Commonwealth Human Rights (Parliamentary Scrutiny) Act 2011. At the other end of the spectrum are jurisdictions like South Australia, which lack any overarching human rights legislation or any requirement to scrutinise bills against prescribed criteria, instead relying on an ad hoc system of committee review.

No matter where they sit on the spectrum, all of these parliaments can set up select committees to examine and report back on particular laws or policy areas. These committees are often granted a range of powers to engage with the public. Flexible in mandate, time frame and outputs, it is this “species” of committee that has been commonly employed to undertake the Covid-19 oversight role.

A good example is the federal Select Committee on Covid-19, which the Senate has empowered to examine the federal government’s response to the Covid-19 pandemic. Although it doesn’t need to present a final report until 30 June 2022, the committee has called for submissions from the public by 28 May 2020. Its terms of reference — to examine “the Australian government’s response to the Covid-19 pandemic” and “any related matters” — are broad. The committee chair is ACT Labor senator Katy Gallagher. Her deputy is Victorian Liberal senator James Paterson, and the other committee members are NSW Nationals senator Perin Davey, NSW Labor senator Kristina Keneally, Queensland Labor senator Murray Watt, Tasmanian independent senator Jacqui Lambie and WA Greens senator Rachel Siewert. Other senators will join in as “participating” members, an interesting feature of the Commonwealth committee system not replicated in all Australian states.

The committee has been pretty busy so far, calling on a range of key public officials to detail their advice to government during the pandemic. Treasury officials, for instance, have been quizzed about how the government’s response is affecting the federal budget, health officials have been asked about the timing of travel bans and other restrictions, and programmers have been questioned about the privacy protections in the COVIDSafe app. The committee has also asked public servants about the impact of the Covid-19 response on key services such as the National Disability Insurance Scheme and on vulnerable groups such as those in remote Aboriginal communities.

Select committees in South Australia and the Australian Capital Territory have been given similarly broad terms of reference and wide powers to call for public submissions on the Covid-19 response and to request information from government. In New South Wales, the Legislative Council’s Public Accountability Committee has been given the job of examining the state government’s management of the pandemic.

In jurisdictions with more sophisticated committee systems, select committees generally work alongside existing committees, including the Senate Standing Committee for the Scrutiny of Bills and the Standing Committee for the Scrutiny of Delegated Legislation, which have existed at the Commonwealth level for many decades. These committees scrutinise proposed laws using certain rights-based criteria, rather than evaluate their policy merits.

At the Commonwealth level, those two committees, along with the statutory Parliamentary Joint Committee on Human Rights, or PJCHR, have been busy looking at Covid-19 laws. Like the workers stocking the shelves at Woolworths and Coles, and despite the general exodus of MPs from Canberra, committee members and their secretariat staff have been slogging away behind the scenes. The PJCHR, for instance, says it has “committed to meet regularly by teleconference to continue its important work of scrutinising all federal legislation for human rights compatibility, including legislation relating to the Covid-19 pandemic.” The delegated legislation committee is also meeting regularly with a similar goal, and has published a list of all Covid-19–related entries on the Federal Register of Legislation.

All this leaves us with the vital question of whether these special parliamentary committees — either going solo or working alongside other committees — are up to the job of providing a meaningful check on executive power and scrutinising the impact of government actions on rights.

The short answer is that the proof will be in the pudding. The clearest way to measure the impact of these committees is to look for changes in the laws and policies themselves, such as changes that better balance individual freedoms against collective healthcare or economic interests.

There is reason for some hope. We have already seen the federal government respond to concerns about the COVIDSafe app by introducing draft legislation to limit how information is collected, stored and used. The committee process has also helped to uncover who is missing out on social welfare packages and to highlight the complex impact social distancing measures are having on different business and service sectors.

The federal select committee also looks to be doing pretty well when it comes to engaging meaningfully with experts, community organisations and individuals, and welcoming participation from all sides of politics. The tone was set by committee chair Katy Gallagher at the committee’s first hearing. “This committee is a key vehicle to provide accountability, transparency and scrutiny of the Australian government’s response to the pandemic for the Australian people,” she said. “We will demand a lot of witnesses in terms of a cooperative approach that is based on working together in the national interest to ensure all aspects of our response are the best they can be.”

It is too early to see how all of these factors will play out or to accurately gauge the committees’ impact. It may take years to evaluate their role and influence, particularly given the long reporting time frames. But their mere existence shows that parliamentary committees hold an important place in our rights-scrutiny culture. Rather than looking to the courts to keep watch on extraordinary executive powers, we want groups within parliament to play that role. It also seems that we — that is, the community — expect the chance to have our say about these extraordinary laws, even if we can’t attend Parliament House in person. •

Sarah Moulds is a Senior Lecturer in Law at UniSA Justice + Society, and co-founder of the Rights Resource Network SA.

When Kerry Packer met his match

Malcolm Turnbull spilled the beans on Kerry Packer’s secret plans for Fairfax back in 1991. So why are his memoirs so coy about this key episode? 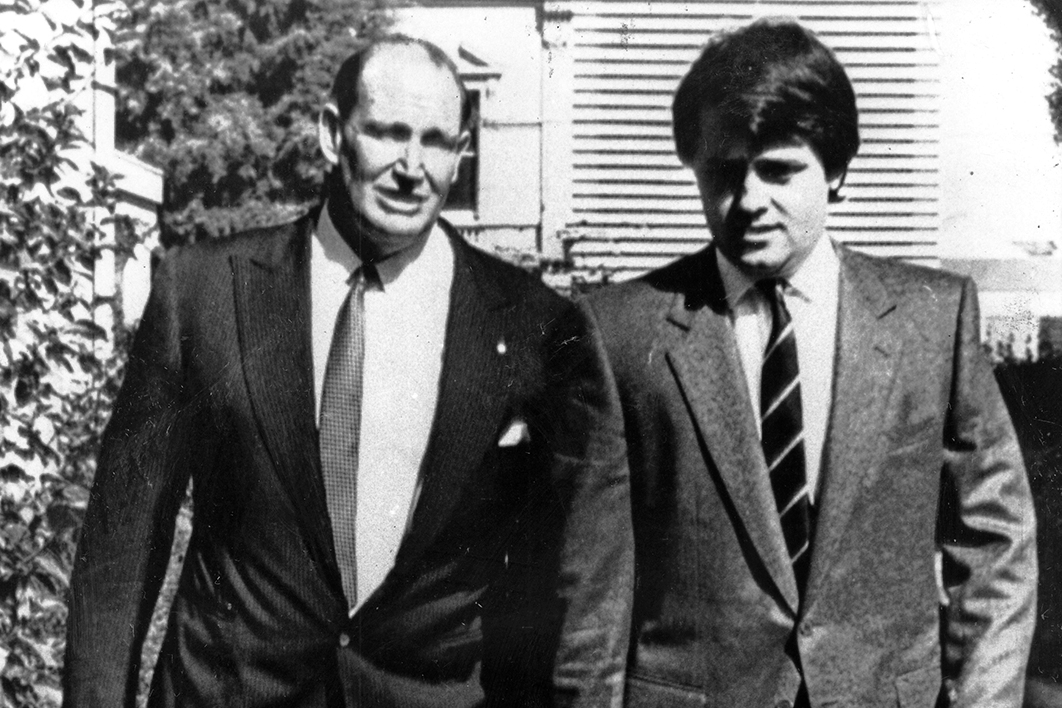