Is the federal government looking for too much unity in a country nourished by difference? 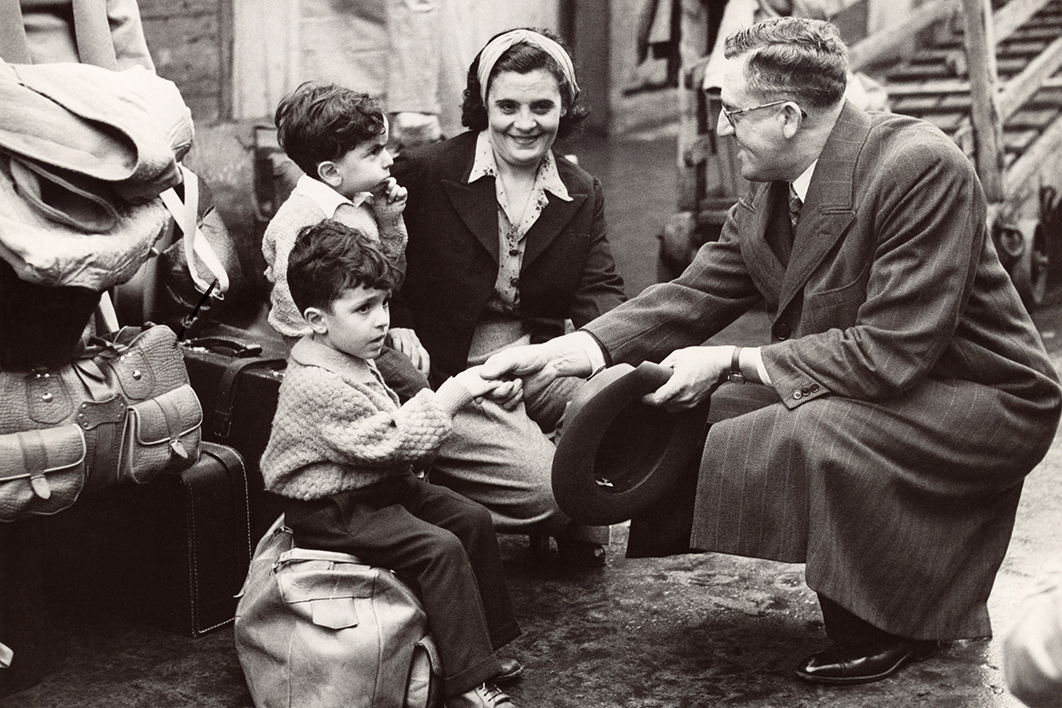 What are Australian values? That’s a question the Department of Home Affairs has begun asking would-be citizens to consider more deeply. According to the department’s latest guide, Australian Citizenship: Our Common Bond, citizenship doesn’t just bestow a set of rights and responsibilities; it is also grounded in “shared values” and the “expression of these values in everyday life.”

When it comes to defining Australian values, the booklet’s list of attributes would be familiar in most modern democracies: commitment to the rule of law, freedom of speech and religion, respect for the freedom of others, and equal opportunities (or a “fair go”) for all. But apart from the fair go, the thing that might strike prospective citizens as particularly Australian is the declaration that they are being offered the “privilege” of joining a “unique national community.”

The release of the updated information booklet follows last November’s announcement that Australia’s citizenship test will include five new questions about Australian values, all of which must be answered correctly. The questions are part of a federal government plan to tighten citizenship requirements, which also requires applicants to sign an Australian Values Statement committing them to behaving in accordance with Australian values while resident in the country.

What’s striking about the idea of citizens as privileged members of a unique national community bound by values is how much broader it is than the conception of citizenship as membership of a nation-state, with its defined rights and obligations. The federal government asks us to see citizenship as a social ideal, with shared values as a threshold for inclusion — or, to put it another way, with the absence of shared values as grounds for exclusion.

As legal scholar Alex Reilly argues, the federal government’s heightened focus on citizenship as a privilege is a departure from earlier campaigns designed to make citizenship more readily accessible to migrants. A clear measure of this shift is the increased expectation of English-language competency. When citizenship legislation was amended in 1984, at a time of emerging multicultural policy, the English-language requirement was reduced to “a basic knowledge.” In the new information booklet, by contrast, English is “part of our national identity” and “an important unifying element of Australian society.” In keeping with Australian values, migrants “should learn and use English.”

Making shared national values a threshold requirement for citizenship has attracted some criticism, but it is far from new. Rather, it recalls Australia’s longer history of treating citizenship as a cultural boundary line between “us” and others. In his book One of Us? A Century of Australian Citizenship, historian David Dutton notes that the legal position is relatively straightforward: Australian citizens have the right to vote and stand for parliament; to hold a passport, enabling them to leave and return; to work for certain government agencies; and to claim diplomatic assistance when overseas. But citizenship’s history as a cultural focal point of “national unity” is much more complicated.

As Dutton discusses, the most recognisable historical feature of citizenship is that it enabled governments to regulate immigration along racial lines, determining who could or could not join the national “family.” The White Australia policy embodied this practice for much of the twentieth century; its backbone was the Immigration Restriction Act 1901, which, among other things, empowered immigration agents to administer a dictation test to aspiring migrants in a prescribed (European) language. In this way, language served as a proxy for building a racially homogeneous nation (although Australia was hardly alone in prioritising an ethno-cultural understanding of citizenship).

Speaking to the Nationality and Citizenship Bill in parliament in September 1948, immigration minister Arthur Calwell was at pains to stress that the creation of “local” citizenship would in no way weaken the Australian people’s essential Britishness. Indeed, he said, it would “prove a binding and unifying factor” to remind them of their place within the British Commonwealth. He anticipated that future generations would learn “they are fortunate to be British, and even more fortunate to be Australian.”

Elaborating on the “privileges and benefits” of Australian citizenship, Calwell drew deeply upon the values of a society well versed in the white, masculine mythologies of settler explorers and pioneers. Looking towards the postwar wave of European migrants who would share in this land “of plenty,” he foresaw their assimilation to “our young but vigorous traditions of mateship, cooperation, and a fair deal.”

A century later, when their new status as Australian citizens joined with that of British subjects, Indigenous people were living within a web of protection laws that placed them under the guardianship of the state, subjected them to schemes of biological absorption, laid down the terms of their employment and the place of their residence, held their wages in trust, and removed their children from their care. In some states, Indigenous people could only enjoy the rights of ordinary citizenship if they secured an exemption certificate that formally separated them from their Aboriginality. As John Chesterman and Brian Galligan famously put it, they were citizens without rights.

Among extensive press reportage celebrating the birth of citizenship on Australia Day in 1949 was a letter to the Sydney Morning Herald from the anthropologist Camilla Wedgwood. In the same edition that announced the arrival of citizenship, she wrote, was a report on the state’s removal of a mixed-race daughter from her Aboriginal mother. “Is it one of the privileges of Australian citizenship that citizens can, at the dictates of a department in Canberra, be moved against their wishes,” she asked, and, if so, “how does this accord with the Charter of Human Rights?”

As Wedgwood’s letter implied, the newly adopted Universal Declaration of Human Rights, endorsed just weeks earlier by the United Nations, provided leverage to Aboriginal rights organisations that had grown in strength during the interwar years and continued to lobby for political representation and the end of discriminatory laws. It would be another two decades, though, before the oppressive laws and institutions of Aboriginal protection policies were dismantled.

At one level, the federal government’s deepening expectation that new citizens will immerse themselves in the values of their adopted society might seem to make sense, and not only because of contemporary concern about the global reach of terrorism. Recent research indicates that migrants who successfully acculturate to Australian society experience a greater sense of wellbeing and security than those who do not. This research highlights the personal benefits of social participation and of investment in migrant services that encourage it.

But does capacity for social participation require that citizens hold an articulated set of Australian values? Australian Citizenship: Our Common Bond suggests that it does by describing values-based citizenship as the bedrock of Australian society and “national unity.” The booklet acknowledges the vitality of Australia’s Indigenous and multicultural histories, but appreciates them within the larger fold of an Australian society that’s united by shared values.

Ultimately, the view that shared values underpin national unity is not so far removed from the philosophy of assimilation that created Australia’s history of unequal citizenship. Of course, the historical values of a White Australia that would be forever British have been replaced with more open and democratic values: those of individual rights to freedom, dignity and equality under the law. But as the history of Australian citizenship tells us, not everyone necessarily enjoys the same access to those rights. •

Amanda Nettelbeck is a Professor in the Institute for Humanities and Social Sciences at the Australian Catholic University.

With two of their critics appointed to senior roles by the US president, the big tech companies are on notice 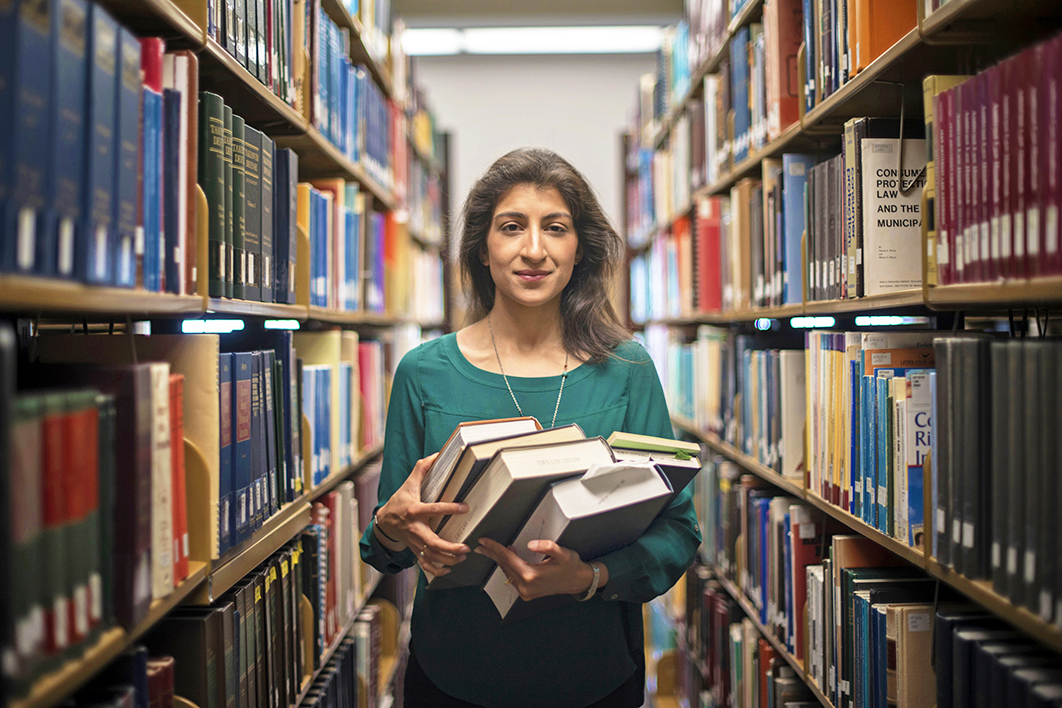