Liu Yunshan, defender of the faith 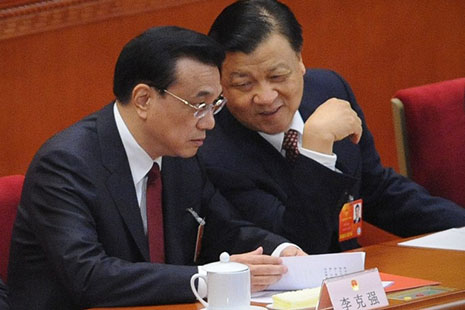 One of the big surprises when China’s new political leaders paraded in front of the world in November 2012 was the fact that Liu Yunshan was among them. Liu was seen as one of the least likely Politburo members to be elevated, partly because he had no provincial leadership experience and had spent his whole professional life in information production (as a Xinhua journalist) and then propaganda (in the central news management apparatus in Beijing).

Even in his chosen area of work he had been controversial. He was reportedly blamed for the mismanagement of the tragic Wenzhou high-speed train crash in 2011, with a meeting of the party leaders criticising his failure to come out quicker with a crisis management plan and deal with the terrible publicity party leaders received for trying to bury the problem. (Literally bury the problem: local officials simply dug a hole and put the train in it, setting off a media storm.)

So what can we make of the fact that Liu now seems a central figure in the Chinese leadership? He holds the crucial ideology portfolio, heads the Central Party School, manages day-to-day Politburo business as secretary of the central secretariat, and is intimately linked with the continuing clampdown on internet freedom. As a humble journalist from Inner Mongolia with a modest family background, a man who didn’t graduate from an elite school and whose sole patronage links are to a couple of erstwhile senior leaders in the ideology field, his rise merits some explanation.

If we want to understand better the worldview of the modern leadership, then it is to Liu that we best look. Of all the current leaders, he has written and spoken most about the party’s beliefs, its worldview is, and the values it believes it must stand by in order to stay in power. Once we move from economics (Li Keqiang’s domain) and issues of grand national and party strategy (Xi Jinping’s), Liu is the third man in the trinity of key leaders of contemporary China whose voice has to be heeded to make sense of the country.

Liu’s articulation of a pure kind of orthodoxy was learned at the feet of a real master. Ding Guang’en, active in the 1980s and 1990s, was the surprise figure in a previous generation of leaders; he was often seen as vulnerable to the downfall that didn’t eventuate until he was well into his seventies. Ding famously summoned film makers and artistic figures to a meeting in Beijing in the late 1990s to berating them for their lack of appropriate values and their ingratitude to the party. At his side during these years was Liu.

As he made clear during a meeting with foreign China-watchers in Beijing in the summer of 2011, Liu accepts that managing thought in an increasingly open and diverse China is difficult. “Since 1978, everything has changed,” he told the visitors. “This change is on two levels. It is in the material world, in the streets and buildings and places we live and work. But it is also in a less visible domain, within people’s hearts.” His support of the Maoist campaigns of the late 2000s, during which dozens of statues of the former controversial leader started to appear over China, was part of this mission to engage not just with people’s material lives, but with their emotions.

Liu’s Maoist bent was far less noticed than that of Bo Xilai, whose dabbling with Red Songs and memories of the Cultural Revolution was used against him so mercilessly after his fall in 2012. Even so, Liu’s admiration of Mao has been influential and effective. It lies behind the very strong words that Xi and his co-leaders used on the 120th anniversary of Mao’s birth in Beijing late in 2013, and it links with the drive for a purer vision of party membership behaviour.

Liu’s vision of a party that is more than just a political force is clear in many of the articles he has written, or put his name to, in the party’s theoretical magazine over the past decade. In a combative speech in 2009, in which he reflected on the turbulent events of 2008 – the Tibet uprising; the Wenchuan earthquake, which killed tens of thousands in Sichuan; the Beijing Olympics – a note of frustration was clear.

“Economic and social development have given China an obvious influence and status,” he told the audience at the Central Party School, “and this has won for us and wide understanding and support.” Yet despite the speed of the government’s response to the tragedy in Sichuan, he continued, and despite the wonderful image China presented to the world during the Olympics opening ceremony, the cascade of criticism showed that too many in the outside world simply did not understand, or have the capacity to appreciate, what China had achieved in the thirty years since the start of reform.

There is something ironic in a leader of ideology and thinking trying to create discipline during an era in which China is beset by a revolution in how people communicate with each other. But Liu’s tactic of appealing to the “splendid culture” of China and linking it so intimately to the mission of the party, first alluded to in 2005, is probably the reason why he is such a critically important figure today. In the most narrow of spaces, between the need to stay faithful, at least on the surface, to the party’s complex historic ideological inheritance and the need to work in new ways in a transforming world, many in the party elite believe that Liu is on a winner. This, they say, is a party that believes in “putting people first,” in the splendours of China’s ancient civilization, and in the country’s current status and greatness. In eliding the party and the country, Liu has created a hybrid force unlike anywhere else on the world – a party that is not just a political entity, but also a cultural one.

The simplicity of this idea is backed up by good, old-fashioned political and administrative force. Liu has berated cadres for being lazy and unengaged with the messages that the party promotes. He has supported clampdowns on foreign and domestic media, and as a former journalist has, perhaps uniquely, overseen the plunge of his former profession in China to 174th place in the Journalists Without Frontiers Press Freedom list in 2011, with only North Korea, Iran, Syria, Turkmenistan and Eritrea behind it. But one suspects that this would serve as a badge of honour for the party’s modern defender of the faith.

The tactic of controlling the messenger has worked not only to stop Facebook, Twitter and other pernicious forces from flooding the domestic market with unwelcome unwholesome messages; it has also been economically successful. By ensuring that none of the great Western digital companies have made much headway in China, Liu has helped guarantee that, in this sector of the economy at least, profit stays at home.

Meeting recently with European scholars in Denmark, Liu made clear that those who want to understand modern China must come to terms with the party. They need know its history, its mode of operation, its people-focus, its global role, and its culture. Yet his admission that the party’s legitimacy comes from its ability to feed and clothe the people and make them rich contained many contradictions. Could the party’s annexation of China’s “splendid culture” really work? And weren’t many problems evident in its own history dramatic reversals and transformations? Did Chinese people really see the party as a quasi-religious entity, supplying them materially and spiritually? Evidence of profound cynicism across China seemed to contradict this latter hope.

And then there’s the biggest problem of all. When the growth rates slow, or even dry up, where will people place their loyalty? On this issue, the modern defender of the faith in the People’s Republic took the advice of Wittgenstein: about things we don’t know, we must remain silent. But critics might well say that he has also made sure that those who may have different, potentially useful suggestions are kept silent, too. Beyond the rhetoric about culture, history and people, for Liu and his colleagues on the Politburo it is all about control. • 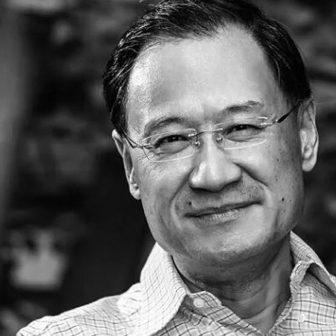