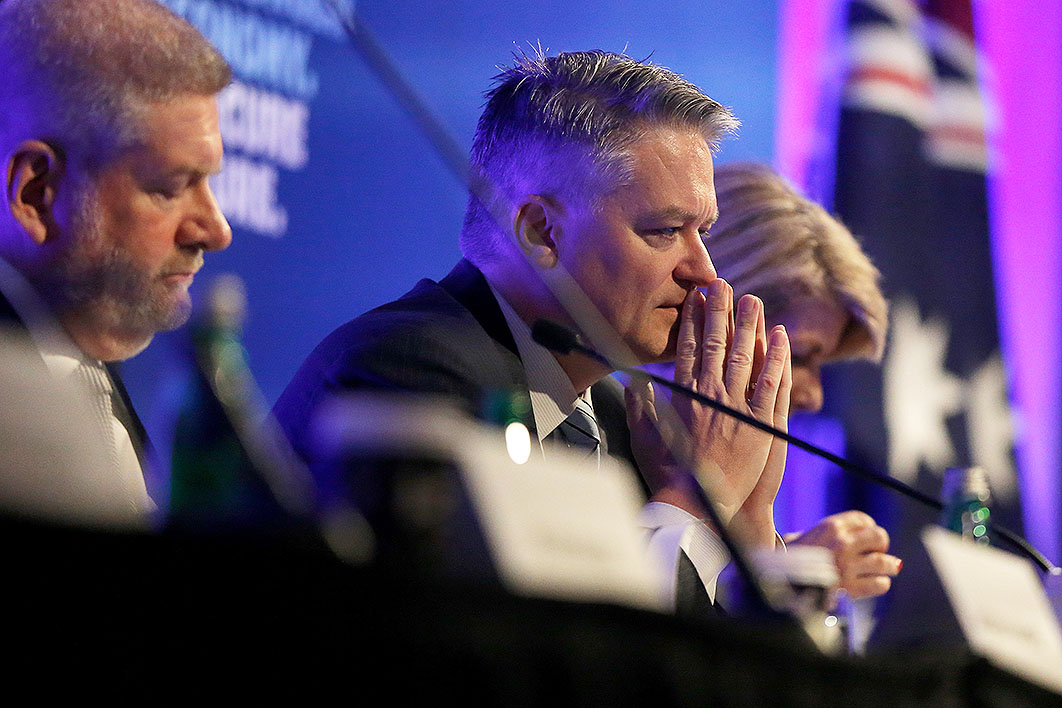 Among the many dumb things Tony Abbott did to precipitate his downfall as prime minister was to toss reassuring culture war declarations to the feral base of the Liberal Party, via Sky News and the Bolt Report.

On one occasion he assured an on-air personality — Andrew Bolt, I think, perhaps when he was still on Channel 10 — that he shared the worldview of News Corp rather than the ABC. It’s the kind of statement that would be harmless if Bolt’s viewers were its only audience, but naturally it ricocheted around the internet and into mainstream media, where it could be witnessed by the politically disengaged hordes.

Most Australians will have heard of Rupert Murdoch, fewer would know what News Corp is, and probably only a small minority could tell you which organs of media are owned by that organisation. But everybody knows the ABC. And, to the consternation of conservative warriors, survey after survey suggests that the majority of voters are quite attached to it.

The members of our major parties are more extreme than their MPs, and last weekend the Liberal Party’s annual federal council indulged in a bit of feelgoodery by passing a motion to privatise the ABC. The timing could have been worse — it could have been this time next month, with the 28 July by-elections days rather than weeks away. But it was extremely unhelpful to the Turnbull government and left ministers scrambling to assure the country they have no such plans.

Naturally enough, the motion’s proviso — “except for services into regional areas” — was barely reported.

(Another motion passed by the council, to follow the United States’ lead and move our embassy in Israel from Tel Aviv to Jerusalem, would be met by utter indifference by about 95 per cent of the electorate.)

Some issues have greater potential impact on election results than others. Party strategists have ways of measuring this “salience,” but much of it is guesswork. Would a government that promised to sell the ABC necessarily lose an election? It would depend what else was at stake. But political parties loathe taking chances, and none would be reckless enough to take such a policy to the electorate.

A by-election is a different beast. Because it’s not about who will run the country, it can come to be about something else, which usually involves sending a message to the government not to take voters for granted. And “don’t privatise the ABC” is a wonderful potential by-election theme.

There will be five by-elections on 28 July. The two Western Australian ones, in Perth and Fremantle, will be won by Labor (the latter, at a big stretch, by the Greens). Elsewhere, ReachTEL surveys have had the Liberals ahead in the Tasmanian seat of Braddon (54–46 two-party preferred) and the Queensland seat of Longman (52–48).

According to election guru William Bowe, ReachTEL’s most recent robopoll asked, “If a by-election in the federal electorate of X were to be held today…?” That’s better wording than the pollster’s first outing for Longman several weeks ago, “If an election were held today,” which also had the Liberals ahead; but perhaps not much better.

Something else the political class tends to forget about the hoi polloi is that they don’t necessarily know there’s a by-election on the way, and in some cases don’t know what a by-election is.

In the case of by-elections, I reckon the poll question described in this tweet, while wordier, is superior:

We do not yet know the full list of candidates, but as things stand now, who do you think you will vote for (give your number 1 preference to) in the upcoming by-election in Mayo?

But it’s still more than five weeks until polling day, and only in the final couple of weeks will the surveys become better predictors. And even then they can be hit-and-miss.

The two WA seats aside, Mayo, in South Australia, is the closest to a sure thing. Two polls now have the Centre Alliance’s Rebekha Sharkie with double-digit leads over Liberal Georgina Downer. In what is the most personality-based of the five — without Sharkie, the Centre Alliance (Centre what?) would struggle to reach double-digit support — these surveys bode very badly for Downer, even allowing for lack of clarity among respondents about the question they’re answering.

The Liberal candidate’s cause has not been helped by her past utterances on workplace relations (let’s abolish penalty rates and the minimum wage!) and, less electorally important, global warming (it’s a hoax!).

Downer has worked for the Institute of Public Affairs, after all. Has she expressed an opinion on ownership of the ABC? Remember, privatisation is IPA policy.

According to media reports, the results in the by-elections will help determine whether the general election is held this year or next. That doesn’t really make sense, but party strategists do move in mysterious ways.

Thanks to the Liberal Party’s federal council, an election in early 2019 rather than this year is looking more likely than it was a week ago. ●