Love among the water hazards

Julia Gillard drew adulation at the Byron Bay Writers Festival, writes Brett Evans. It was another reminder of questions still hanging over the Labor Party 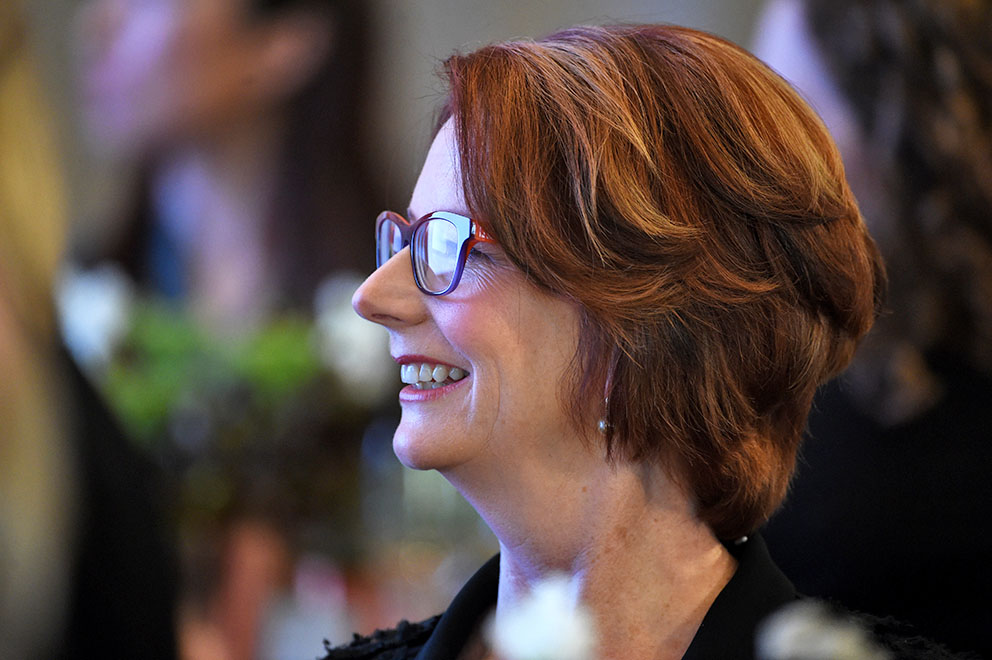 Women of a certain age wander from session to session in sensible shoes while casually denouncing Tony Abbott. Old blokes in pristine Akubras chat amiably in the coffee lines about the myriad failings of senator Bronwyn Bishop. The nation’s greatest living gadfly, the recently hospitalised Mungo MacCallum, zips by on a snazzy new mobility scooter, flashing a maniacal grin of pleasure.

If it’s true that the Church of England is the Tory Party at prayer, then the Byron Bay Writers Festival is the Australian left at play.

In an encampment of marquees nestled among the water hazards of a former golf course, this year’s festival played host to a hundred scribblers, including a former Labor treasurer, two former Labor premiers, and a former TV journalist turned Labor minister.

But Wayne Swan, Anna Bligh, Carmen Lawrence and Maxine McKew were all thoroughly upstaged by a former Labor prime minister. But which one, I hear you ask? I’ll give you a hint. Like fellow best-selling writer Oprah, she is known universally by her first name alone.

Not one, but two tents – sponsored a little incongruously by Macquarie Bank – are filled to overflowing in anticipation of her arrival. And then she is among us, and the thousand-strong crowd rises as one in applause. I half expect her to shout into the microphone, “It’s great to be here, Byron!” and count the band in.

No writer “gives a talk” anymore; everyone is “in conversation.” The former PM’s interlocutor this morning is the historian Clare Wright, and she does a good job. But, of course, she was working with an old stager.

The post–prime ministerial Julia looks healthier, more at ease and more confident than at any time during her three years and three days as our country’s leader. This is not the Real Julia of legend, I’m sure, but it is the persona she needed to adopt as PM but never quite managed to.

History, I think, will judge Julia Gillard’s reign as our first female PM as a missed opportunity. She became PM too early in her career, and in circumstances that left a legacy of public incomprehension and intra-party bitterness – and she never really recovered. Despite the manifest competence of her administration and her skill in managing a minority government, her time in office will always be remembered first and foremost for how she acquired it.

All along she has said that Kevin Rudd had to go because a good government had lost its way under his stewardship. In her memoir, My Story, she paints a picture of Kevin Rudd’s first government as a shambles on stilts, lurching from crisis to paralysis and back again. Australia’s system of cabinet government had clearly broken down. So why couldn’t Rudd’s cabinet colleagues find the courage to explain to him how cabinet government is supposed to work? No one said, I cannot work with this man. And then Labor compounded its problems by knifing Rudd with barely a thought as to how this might play among voters blissfully ignorant of his failings.

But that’s all forgotten on this sunny winter’s day. This audience wants to be reminded of the former PM’s positive legacies, and she happily reels them off, like the danceable hits at a comeback concert: the National Disability Insurance Scheme, the Royal Commission into Institutional Responses to Child Abuse, the Gonski education reforms and, of course, That Speech.

It’s rare for an Australian prime minister to do something dignified that goes viral. Usually they have to pick their nose in public or opine on camera that “no one… is the suppository of wisdom.” But she managed it with an extemporised philippic against sexism and misogyny that was delivered in “a cold anger,” as she tells the assembled multitude. I know women who don’t much admire Julia Gillard or her prime ministership, but they admire that speech.

And then the gig is over. The clock has run down, the promised time for questions is quietly jettisoned and the crowd leaps to its feet to deliver another ovation. Then she’s gone – to the book-signing tent where a hundred happy fans line up with their freshly bought copies of her memoir, now in its second edition.

The absence of enquiries from the floor is sorely missed. No one gets to ask the questions that hang over the Julia Gillard story: why did Labor waste the immense talents of Labor’s first woman prime minister by poisoning her tenure in office at its very inception? Was there really no other way? And have they learnt anything? I have a feeling it isn’t only the sympathetic crowd at Byron Bay that’s grown tired of parties that think winning power is all there is to governing. •

Extract | Seventy years ago this week, prime minister Ben Chifley announced that the war in the Pacific was over. Planning for peace was already well under way, writes Stuart Macintyre 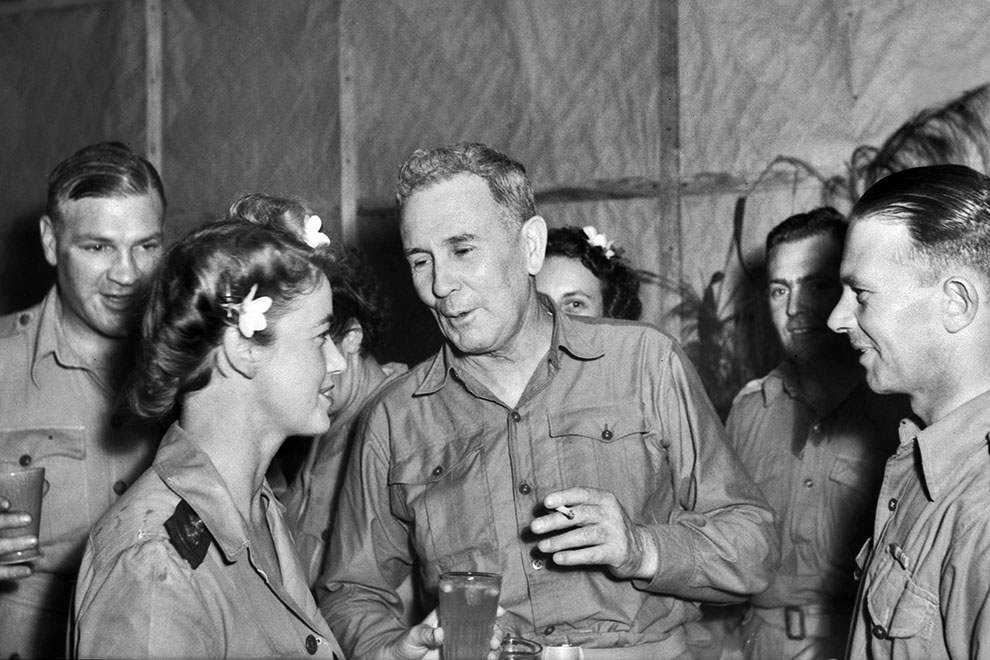