What are the best estimates of the pandemic’s impact on the Australian economy and the job market? 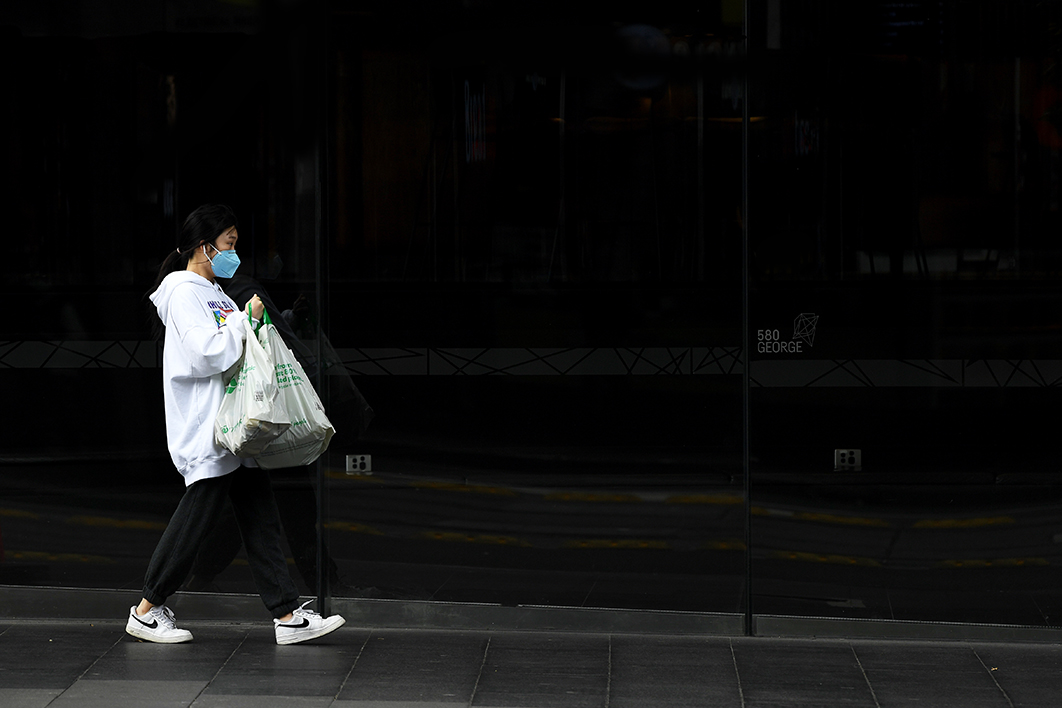 Inevitably and unavoidably, the measures so far announced by Australian governments in response to the Covid-19 epidemic will have a significant impact on economic activity and employment. And that impact is being magnified by the also inevitable response of financial markets to the anticipated economic downturn.

This leaves Australia (and almost every other country) in the early stages of what is likely to be a serious economic slump — more serious (in Australia’s case) than the one prompted by the global financial crisis, and possibly the most serious since the Great Depression of the 1930s. By last week, according to an ABS survey published yesterday, 49 per cent of businesses had already been adversely affected by falling demand — and in some cases by shortages of staff — and 86 per cent expected to be adversely affected in coming months.

It is difficult to judge just how severe — how deep and how long — this downturn will be. It depends on how comprehensive the shutdown turns out to be, and how long it lasts. And that depends partly on the advice governments receive from medical experts — advice that can differ, as we are now learning, from one expert to the next. It also depends partly on how quickly an effective tracking-and-testing regime (similar to those developed in China, South Korea, Taiwan and Singapore) can be implemented that would allow mandatory social-distancing requirements to be eased before a vaccine can be developed, tested and made widely available. Finally, the depth of the downturn, if not its duration, will also be affected by the success of government and central bank efforts to support businesses and individuals.

With almost no reliable or useful history to draw on, economists can only construct scenarios based on assumptions about all these factors.

By way of illustration, consider a scenario in which current restrictions are extended to include schools in every state and territory, and parts (though not all) of the manufacturing and construction sectors. Assume exemptions for agriculture, mining, utilities, some other parts of manufacturing (especially food and beverages), food and beverage retailing, some business services (such as accounting and legal practices) and of course health services, as well as most government operations (though many public servants would be working remotely).

Under that scenario, the economy could contract by almost 10 per cent in the June quarter — an unprecedented decline — followed by a much smaller decline in the September quarter. With negative growth likely to have occurred in the March quarter as well, this would constitute Australia’s first recession (by the most commonly used definition) in almost thirty years. It would also be the most severe, with a cumulative decline in real GDP of more than 10 per cent. By comparison, real GDP declined by 1.4 per cent in the 1990–91 recession, and by 3.4 per cent in the recession of 1982–83.

A harder shutdown would inevitably result in an even sharper and broader, but possibly shorter, downturn.

Among the principal objectives of the government and the Reserve Bank has been to reduce the impact on employment of the sharp downturn in output during the shutdown period, and to improve the prospects of a swift return to pre-crisis levels of employment by assisting businesses to survive through a period of shrivelled or completely dried-up revenue.

Those measures have been unable to prevent a significant number of employees being stood down or retrenched, although in many cases employers (particularly large businesses) have indicated that they will have jobs to go back to when restrictions have been lifted. Another of the government’s objectives has been to provide people who have lost their jobs, temporarily or permanently, with easier access to more generous income support than might otherwise be available. With the assistance of state governments and financial institutions, it is also providing some temporary relief from costs such as mortgage repayments and utility bills.

As but one illustration of the possible impact of some of these measures, suppose that, in each sector, employment falls by about half as much as output. In hospitality or retailing, for instance, where casual employment is more commonplace, employment losses may be larger than this; in some other areas, such as healthcare and supermarkets, there may be some net increase in employment.

Under those assumptions, employment could fall by almost 1.4 million — equivalent to a decline of more than 10 per cent from the February level. That is a similar percentage to the decline in output, because labour-intensive sectors of the economy are likely to be affected more severely by the shutdown than sectors such as mining or agriculture.

The impact of job losses of this order on the unemployment rate will depend on how many of the people who lose their jobs meet the statistical definition of being unemployed, which includes a requirement that they are not only willing and able to work, but are also “actively looking” for a job. If all of them fit those criteria, then the unemployment rate could reach around 15 per cent — the highest since the early 1930s. But it seems more likely that many people who lose their jobs will see little point in “actively” looking for work — in which case the labour force surveys will record them as being “not in the labour force” rather than “unemployed.” If, say, two-thirds of people who lose their jobs are classified as “not in the labour force,” the unemployment rate would likely increase to almost 9 per cent.

A more realistic picture of what is happening in the labour market could be provided if the government were to publish a weekly total of the number of people receiving the new coronavirus supplement, similar to the Unemployment Insurance Weekly Claims series published every Thursday in the United States. Such information would also assist in judging whether governments need to do more to cushion the impact of the crisis.

The economy’s recovery can’t start until restrictions on the movement and gathering of people are eased, whenever that might be, and it is unlikely to be as swift as the downturn. Some pent-up demand will lift spending on meals out and various forms of entertainment, but many people’s capacity to spend will have been eroded, perhaps significantly, by an extended period of substantially reduced income (or none at all).

As occurred after the financial crisis, many people may also want to save more in order to offset the depletion of their superannuation balances by the falls in sharemarkets. Home-buyers and businesses who have taken up the repayment holidays offered by financial institutions will face higher repayments (because interest not paid during the shutdown will have been capitalised). And, inevitably, some businesses will not have survived the downturn, and their employees will not have jobs to return to. Businesses that have survived may not be able to return to pre-shutdown levels of employment.

The economic downturn will thus have lasting consequences, not least for government finances. But that’s a topic for another time. •

“I would like to be read by the people I went to school with,” said the historian Ken Inglis. “And by my parents. And by my children.”

Sympathetic observer of past and present: Ken Inglis in Italy in 1997. 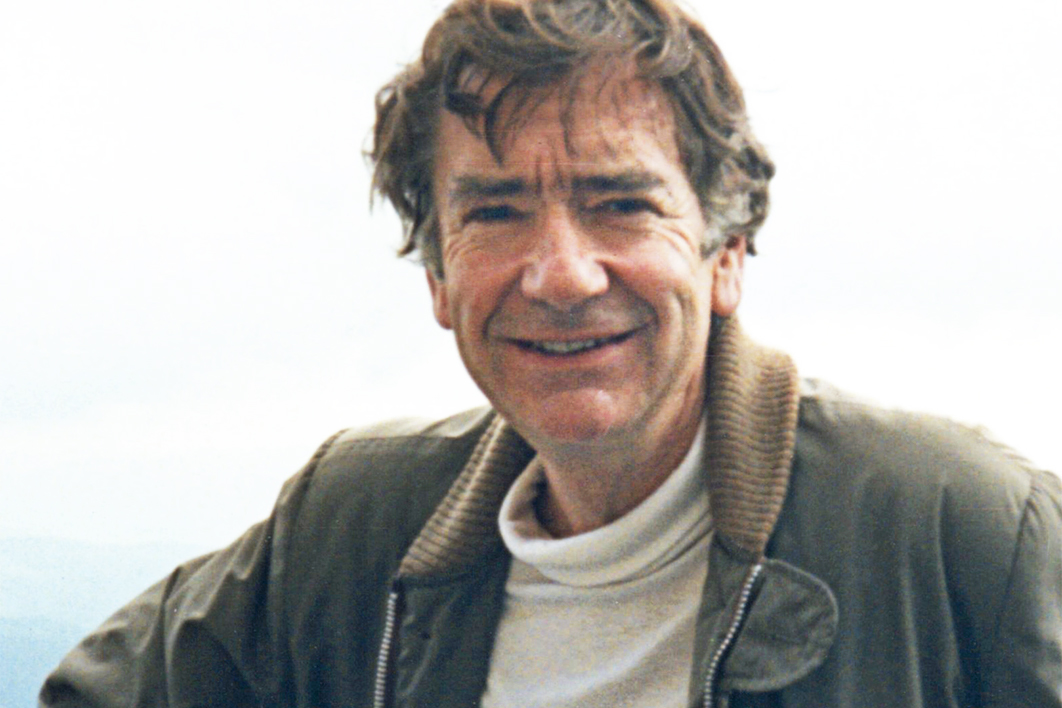 Sympathetic observer of past and present: Ken Inglis in Italy in 1997.