Pianist and composer Tim Stevens eventually returned to the jazz standards, and we have the pandemic to thank 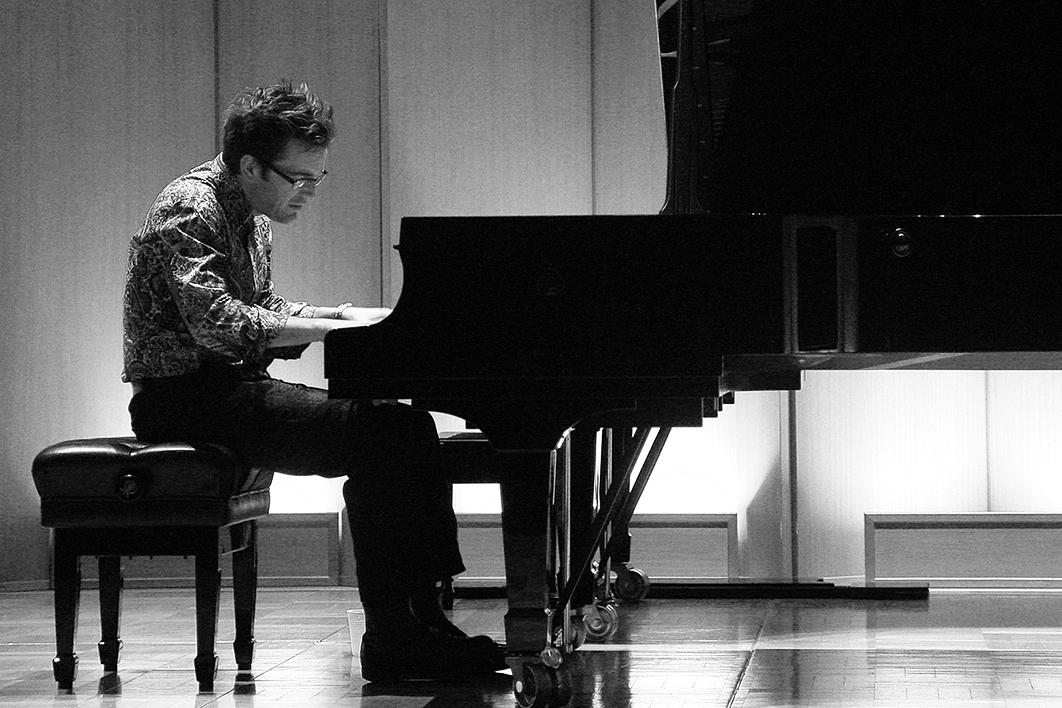 “I wanted to be the guy who wrote the book”: pianist Tim Stevens. Roger Mitchell

The pianist and composer Tim Stevens has been making albums with and without his trio for two decades. The last time I wrote about his work here, I pointed out that, while he might on the face of it be a jazz musician, his music didn’t always sound much like jazz. But with his new album, The Ace of Hearts Is High, there’s no getting away from it. This is an album of standards, his first after a solo career spent playing original compositions and improvisations. Well, almost.

Before he began making records under his own name, Stevens was part of Browne–Haywood–Stevens, a trio with the late, great and hugely influential drummer Allan Browne (nearly three decades Stevens’s senior) and bassist Nick Haywood, and they played standards among the original music.

“I was staunchly anti-standards since Browne–Haywood–Stevens wound up,” Stevens tells me, “mostly because of the precedents set by Bill Evans and Keith Jarrett. Because I’m a white guy who loves a trio, everyone compares me with those two; I have a classical background also, which is something else I share with them. It really used to irk me.”

But it wasn’t an antipathy to standards that drove Stevens so much as a desire to contribute new material.

“As a student I’d go and hear Al Browne’s band Onaje, and it played an entirely original repertoire. Richard Miller wrote most of the music that band played and I loved hearing those tunes. A gig at Mietta’s in 1990 with Al, Gary Costello and Paul Grabowsky featured original compositions that totally blew me away. They had titles like ‘Happy Go Lucky Country’ and ‘Colonial Sketch No. 1’ and their obvious relationship to this place was stunning and hugely influential.

“So I wanted to be the guy who wrote the book, and in my trio with Ben Robertson and Dave Beck that’s pretty much what I’ve done, unless we’ve been improvising freely. The notes to the new album state that I can’t recall playing a single standard with them. Because I can’t.”

On three recent solo albums, however, Stevens has worked with a different kind of standard: hymn tunes. He began with a sort of musical memoir, based on a range of hymns and other music he had known since childhood, then followed up with albums of Christmas and Easter hymns.

“The whole church thing began,” he explains, “because the Melbourne Recital Centre offered me a solo gig and when I suggested things I could do, for some reason I said ‘standards’ even though I wasn’t all that keen. That was the one they went for, so I thought about it a bit and got back to them saying, what if I took the standards from the English Hymnal? Would that do? And they said, yes.”

Stevens’s approach to the hymns, as often as not, was to provide long preambles that explored the mood of the hymn, ruminating on certain melodic phrases or harmonic progressions before revealing the tune itself at the end, and that’s also how he tackles some of the “real” standards on this new album.

A couple of the tunes are given sprightly salsa/rumba treatments. One is Vernon Duke’s “Taking a Chance on Love” (the song that provides the album with its title), the other — somewhat less likely — is Jerome Kern’s “All the Things You Are,” which launches into an increasingly manic stream of syncopation from which the melody occasionally pokes its head. But it is the subtle harmonic twists that Stevens introduces that offer the main surprises.

“Instead of doing it as it was written,” Stevens says, “where the bridge finishes on E and then you get a C7 chord to go back to F minor, I play instead a C#7 and play the last eight bars commencing in F-sharp minor. So the chorus finishes in A. The next chorus begins with F-sharp minor, and its bridge finishes on F. So it’s easy there to go straight back to F minor and finish the chorus as written. I don’t know anyone else who’s done this, and I showed it to Ben Robertson who was shocked and delighted. That has maintained my interest in a tune that is played far too much and is one of the first ones I ever had to learn as a student.”

I mentioned Duke and Kern above, but Stevens would be the first to point out that “Taking a Chance on Love” was also written by lyricists John La Touche and Ted Fetter, while “All the Things You Are” has words by Oscar Hammerstein II. Actually, Stevens wouldn’t be the first to point this out. There’s a story of a Manhattan showbiz party where someone referred to “Jerome Kern’s ‘Ol’ Man River’” only to receive a tug on his sleeve. “Excuse me, young man,” said Oscar Hammerstein’s widow, “but I thought I heard you mention Jerome Kern’s ‘Ol’ Man River.’ Mr Kern did not write ‘Ol’ Man River.’ Mr Kern wrote ‘Dum dum dum dum.’ My husband wrote ‘Ol’ Man River.’”

While we might not hear the words to the tunes on Stevens’s album, they are anything but “Dum dum dum dum.” All the lyricists are credited, the lyrics are available to read on the album’s Bandcamp page, and you frequently sense them in Stevens’s playing. Indeed, he tells me that “I’m Gonna Laugh You Right Out of My Life” was included because of the lyrics. It’s an early Cy Coleman tune (well before “Witchcraft” and “Big Spender”) with words by one Joseph Allen McCarthy (you see why he insisted on the “Allen”). The tune is lovely, too, and Stevens brings out its pathos, doubtless while singing to himself lines such as “If I find you and I really meant that last goodbye / Then I’m gonna laugh so hard, I’ll cry.”

Like many an artistic project in 2022, The Ace of Hearts Is High had its immediate origins in the Covid pandemic. Right at the start of the first lockdown, on St Patrick’s Day 2020, Stevens posted a video of himself playing “Danny Boy” on his Facebook page and was surprised by the positive response. So he kept going, until eventually he had more than 200 “quarantunes.” Because it quickly became a daily routine, he found himself falling back on tunes he already knew, many of which were standards, including quite a few by George and Ira Gershwin and a handful of Irving Berlin tunes from the 1936 Hollywood musical Top Hat, with Fred Astaire and Ginger Rogers.

The first nine tracks on the new album were among those quarantunes (including the Gershwins’ “Lady Be Good” and two from Top Hat), but the album’s final track was not. Indeed it was an afterthought, added in the studio when, as Stevens explains, it struck him the album “didn’t have a waltz.”

The joke here is that the track in question, “When You Wish Upon a Star,” isn’t a triple-metre song. At least it wasn’t before this album. But under Stevens’s fingers, it becomes the lightest of waltzes, concluding with a magical coda, a sort of rapt chiming that reminds us these songs from the Great American Songbook are played by the same man who previously found his standards in the English Hymnal. •

The Ace of Hearts Is High is available digitally, and will be out on CD soon.

From the archive Is Tucson in Arizona? Andrew Ford 30 November 2021 The pleasures of eavesdropping on the Beatles with Peter Jackson
Close