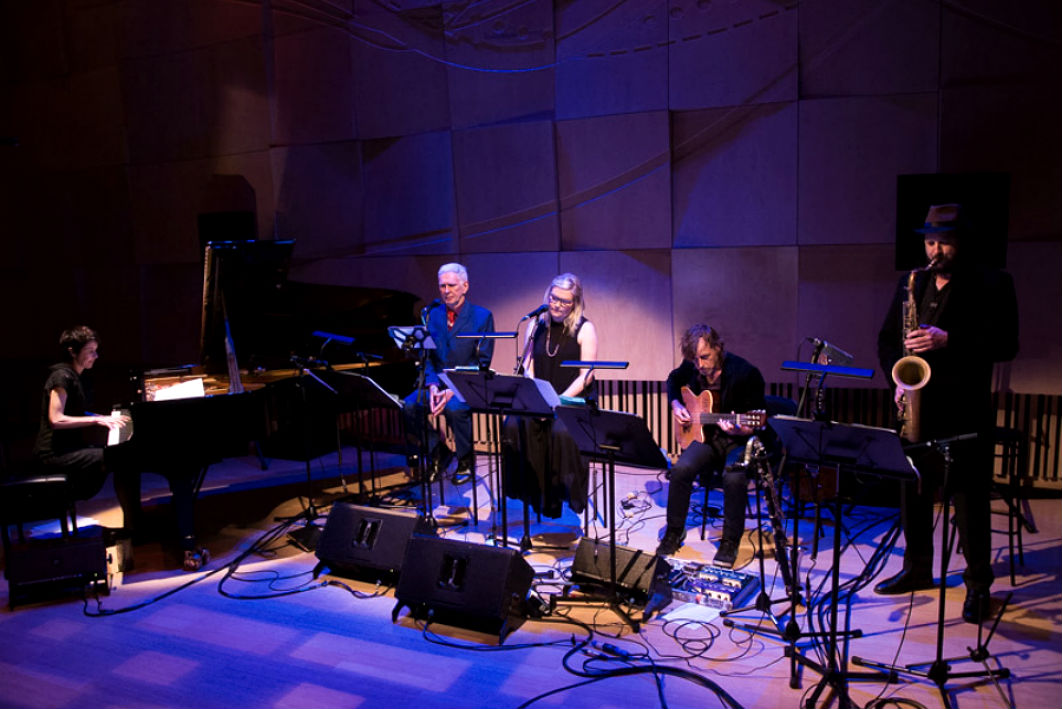 The intersection of jazz and poetry is as old as jazz itself. English and American poets of the early twentieth century — poets as different as Mina Loy and Langston Hughes — incorporated the rhythms of the new music in their work, while T.S. Eliot invented “that Shakespeherian Rag” for The Waste Land (“It’s so elegant, / So intelligent”). In the 1950s, free verse and free jazz went hand in hand, the Beats barely distinguishing between the two art forms. But jazz composers responding to poetry — proper poetry, written-down poetry, high-end poetry — is a more recent thing.

It started with Duke Ellington’s 1957 album, Such Sweet Thunder — a twelve-part Shakespearean suite — and continued in 1964 with Cleo Laine and John Dankworth’s Shakespeare and All that Jazz. Among numerous originals, Laine and Dankworth included two of Ellington’s instrumentals from Such Sweet Thunder, the solos of which had been composed so strictly in sonnet metre that Laine was able to sing the words of actual Shakespeare sonnets to them (compare Ellington’s “Sonnet to Hank Cinq” with Laine’s “Take All My Loves”).

The Melbourne-based composer and pianist Andrea Keller has drawn on classic poetry for her song cycle Still Night, an hour-long meditation on death and grief. There’s no Shakespeare, but Keats is here with one of his Elizabethan-style sonnets. There’s also Yeats, Proust and Dylan Thomas; Walt Whitman, Sara Teasdale and E.E. Cummings (twice, his poetry framing Keller’s work); the eleventh-century Japanese poet Izumi Shikibu and the contemporary Australian Richard James Allen. Some of the words are familiar — Thomas’s “Do Not Go Gentle into That Good Night” is the best known — some of it not. I confess I hadn’t even known Proust wrote poetry.

Keller’s approach to the words is essentially lyrical, and while their mood might best be described as elegiac, there is something uplifting, even ecstatic about the music. It is partly a matter of the voices she employs. Vince Jones and Gian Slater have different vocal timbres, yet both are rather breathy, so their voices blend beautifully, Slater’s ethereal brightness gilding Jones’s grainier tone. A third voice, belonging to Julien Wilson’s tenor saxophone and bass clarinet, is in some ways the most expressive of all, because Wilson has more room to improvise, offering wordless commentaries on the poems.

Keller’s word setting is quite classical. Her approach to Keats’s faux-Shakespearean sonnet “When I Have Fears that I May Cease to Be” is to stress the stresses, so, as with “Hank Cinq,” you could substitute the words of a different sonnet and they would fit the notes. “Do Not Go Gentle” is a villanelle (the first and third lines of the opening tercet alternating as the final lines of the subsequent tercets), and Keller plays with this by retaining the same melodic contours for each appearance of those lines, much as Stravinsky did in his more lapidary setting of the same poem. In fact, she goes further, making a conventional refrain of “Rage, rage against the dying of the light,” always having the line sung twice. It’s an example of that understated ecstasy.

In addition to those mentioned and Keller herself on piano, the fifth member of the ensemble is that inventive guitarist Stephen Magnusson. Sometimes with Keller’s piano, sometimes apart, Magnusson provides an underlay of shifting colour, but he also has solos, and his work on “If Death Is Kind” (to words by the American poet Teasdale) is especially luminous. In this song, Keller also lets her singers off the leash, death’s kindness inspiring them to playful arabesques against Magnusson’s guitar.

The question is as tired, and probably pointless, as it is old, but in the case of Still Night it’s more interesting than usual to ask whether any or all of this is jazz. As an improvising pianist Keller appears, very largely, at jazz venues, and so do the musicians she’s teamed up with here. These songs are substantially notated, especially the vocal parts, but all require improvisation, and even the notated vocal lines are sometimes treated quite freely. (Of course, no two singers would sing Schubert the same way, either.) It is worth noting that the combo lacks both bass and drums, so the music sounds as though it belongs more in the Melbourne Recital Centre (where it had its first performance) than in Bird’s Basement.

There is no answer to this question — there never is — but it opens up a broader issue. In the work of Paul Grabowsky and Mark Isaacs, Tim Stevens and Emma Stevenson, Peter Knight and Phil Slater (and many, many more), the notion of jazz has not disappeared, but broadened to include all manner of music. The embrace of what we used to call high art — whether it’s Isaacs writing symphonies or Grabowsky and Stevens exploring Bach or Keller herself drawing on Bartók — is part of this, and so is putting poetry to music, which is no longer the exclusive domain of the classical composer (let’s not forget, by the way, Paul Kelly’s recent collaborations with Yeats, Dickinson, Tennyson and Slessor, and a whole album of Shakespeare).

But most of all, it’s increasingly hard to say what a “classical” composer is. Almost as hard as it is to say what jazz is. ● 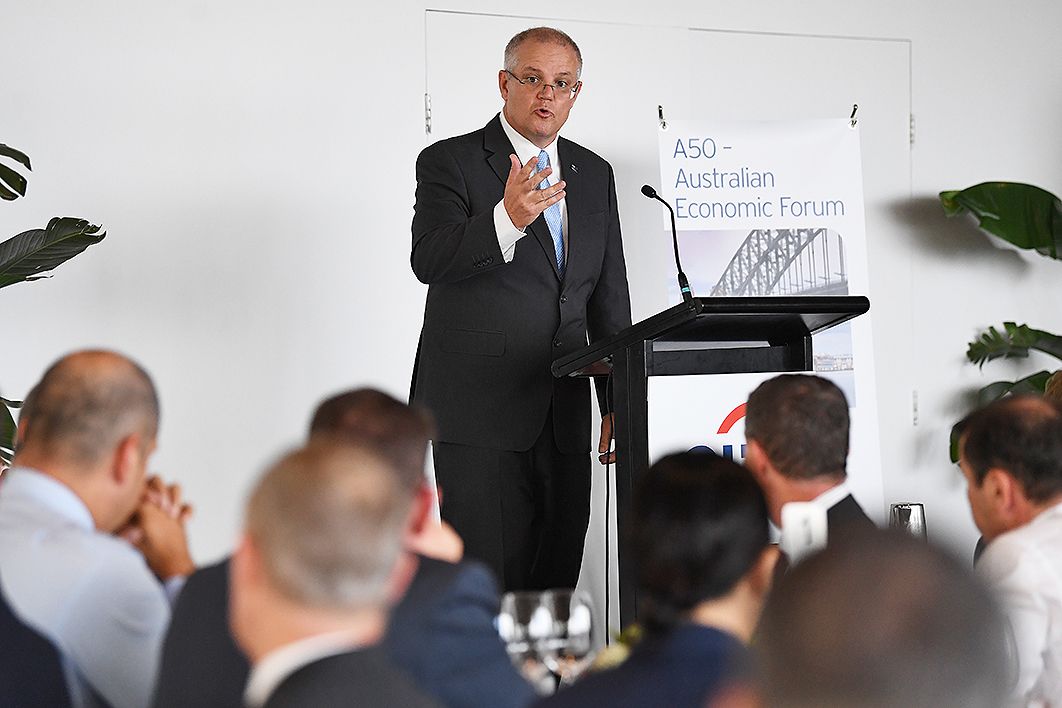