The Queensland election is the first test for the new Liberal National Party, writes Brian Costar, and it has quite a fight on its hands 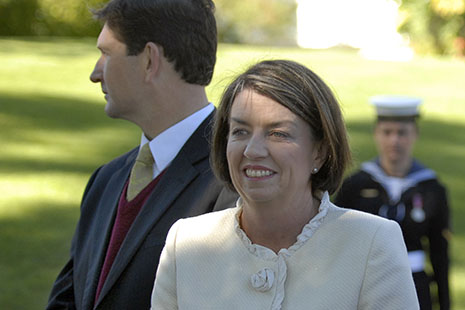 JUST OVER a century ago Australia’s two non-Labor political parties – Alfred Deakin’s Liberals and George Reid’s Anti-Socialists – merged to form the Fusion Party. The new party was dominated by economic conservatives and suffered a heavy electoral defeat at the hands of the young Labor Party the following year. Nearly one hundred years later, last July, another pair of non-Labor parties merged, this time in Queensland, to produce the Liberal National Party, or LNP. The new party is dominated by social conservatives, and at the state election held on 21 March 2009…

That’s where the LNP leadership hopes the historical parallels will end. But will they? The task facing the opposition in Queensland is daunting: to form a majority government – leader Lawrence Springborg has ruled out negotiating a minority administration – it must secure a swing of 8.3 per cent and take an additional twenty-two seats from the government. In the last Newspoll survey published before premier Anna Bligh announced the election, Labor led the LNP 57 per cent to 43 per cent on a two-party preferred basis. (A new Newspoll, published in the Australian on 24 February, was not large enough to tell us anything useful.) Almost anything is possible in electoral politics, but an added impediment to an LNP win is that it must pick up seats in Brisbane, where it now holds a single, solitary district. It is in this respect that the brutal politics of the 2008 merger may prove fatal.

There was talk of amalgamating Australia’s non-Labor parties from the time the Country Party – later to become the National Party – came on the scene during the Great War. As well as talk there was action: the two parties were blended in South Australia from 1932 to 1975, Queensland in the 1920s and 1930s and in the Northern Territory from 1974. When the federal coalition lost five consecutive elections after 1983, people in both parties promoted amalgamation as a solution, but they were never able to argue convincingly that a single party would win more votes than the two parties exchanging preferences.

Successive leaders of the bigger of the two, the Liberal Party, have generally favoured merger, while Nationals leaders have opposed it. In Queensland, however, the positions were reversed: the Nationals have been much bigger than the Liberals, who have only eight seats in the eighty-nine member single-house parliament, and have been enthusiastic amalgamators for years. The Liberal Party has been divided on the question, with its progressive factions aghast at the Nationals’ history of authoritarian social conservatism but its right wing much more accommodating.

The merger issue has been on the political agenda in Queensland for the simple reason that over the past twenty years the conservative parties have been in office – and only as an unstable minority government – for just thirty months. Relations between the two have oscillated between grudging tolerance and outright electoral warfare, and the Liberals have had the worst of it. The party has never recovered from the acrimonious break-up of the longstanding state coalition in 1983. And complicating the picture is the fact that the local Liberals are the more successful of the two parties in federal electoral contests.

The two serious attempts to create a single non-Labor party in 1993 and 2006 both failed, the second because John Howard, prime minister at the time, did not want the Liberal brand diluted in Queensland. After Howard’s successful intervention the Nationals senator Barnaby Joyce called the plan a “dead duck.”

The duck, however, was to fly again only two years later. What caused the resurrection? The federal coalition lost the November 2007 election and the prime minister his seat. Queensland was central to a victory which meant that all Australia’s jurisdictions had Labor governments for the first time in history. At the local level the Liberals had hoisted a white flag, declining to contest the Central Brisbane by-election. Not long after, despite spending up big, the party failed to win a single seat at the Gold Coast City Council elections. These results were a severe blow to anti-merger Liberals who had long argued that only a stand-alone “liberal” party could win seats in the vital south-east of the state.

In January 2008 the Nationals’ parliamentary leader, Jeff Seeney, was overthrown by former leader Lawrence Springborg, a man who had led his party to two earlier election defeats. “The Borg” is a more aggressive politician than Seeney and had been mightily impressed when he visited Canada in 2003 to observe the creation of an amalgamated Conservative Party. Partly because it does not have ideologically based factions, once the leadership of the National Party decides on a political strategy it can carry it out without internal resistance – as it did in this case, quickly drafting a constitution for a new “Liberal National Party.”

The Liberals fell to public faction fighting. Party president Bruce Spence was pro-merger, Liberal senator George Brandis called it “a bad idea” and a former party president denounced it as “a sellout of the Liberal Party to the Nationals.” But despite the opposition the urge to merge became unstoppable. The new party was formed on 26 July 2008 on terms very favourable to the National Party.

The merger urgers comprehensively out-manoeuvred their opponents. They guaranteed the preselections of all federal members and senators for the next election, thereby neutralising a potential group of opponents. They conducted a ballot of branch members of both parties which showed such majority support that opponents could be labelled “undemocratic.” And, in a final move to placate Liberal sceptics, they agreed that the new party would be the Queensland Division of the Liberal Party of Australia and would have an “affiliation” with the federal National Party.

The political and financial bankruptcy of the state Liberal Party made the amalgamators’ task all the easier. The party was racked with destructive factionalism, was $1.5 million in debt and had little prospect of fundraising from a business community that was generally pro-merger. Over the previous two decades the Queensland Liberals had been in chronic decline, eventually falling below the critical mass necessary to sustain itself as an independent party. Its weakness was starkly illustrated when it made a last ditch attempt to install a former Howard government minister, Mal Brough, as LNP president. Despite insisting that this was a non-negotiable condition, the Liberals buckled when the National Party refused to compromise.

AND NOW, on 21 March 2009, the Liberal National Party will face its first electoral test. Whether the first will also be the last depends on the outcome: a victory or a narrow defeat will vindicate the amalgamation strategy; a poor result will be followed by recriminations and a possible divorce.

Labor has been in government for eleven years. Queensland is beset by serious infrastructure deficiencies in water, health and transport infrastructure. The economic downturn has cost the state its triple A credit rating (though, given their role in the US financial meltdown, the credibility of rating agencies is probably triple D). What impact the economic crisis and the Rudd government’s stimulus package will have is uncertain because of the uncharted party terrain we are in. Labor has gained a slight advantage from the 2008 electoral redistribution but may be disadvantaged by the system of optional preferential voting. Former Premier Peter Beattie made much of telling electors to “just vote one” at the last two elections, but if too many Green voters do so this time Ms Bligh might be caught short of vital preferences.

The LNP has problems of its own: twenty-two seats and a swing of 8.3 per cent is a big challenge. And we can expect Labor to label the new party as the bad old National Party in flimsy disguise. Since the election will be won and lost in Brisbane, that alone could be a deciding factor, and if it is then Ms Bligh will become the first woman to lead her party to a state election victory. •

Brian Costar is professor of Victorian parliamentary democracy in the Swinburne Institute for Social Research at Swinburne University of Technology.