Radio National’s The National Interest, presented by Inside Story contributor Peter Mares, looks at the implications of the 2011 New South Wales election result 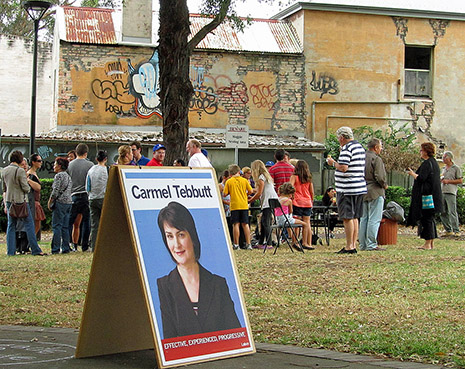 THE swing in the NSW election is one of the biggest in Australian political history, giving Liberal leader Barry O’Farrell a thumping majority as premier. The state's parliamentary Labor Party has been reduced to a rump – a rump that is today leaderless, with Premier Kristina Keneally saying she will quit as ALP leader. And it wasn't a particularly good day for the Greens and the independents. The Greens now appear unlikely to pick up a seat in the lower house after the Coalition opter to preference Labor ahead of the Greens; and two independents in electorates located within the seats of federal independents Tony Windsor and Rob Oakeshott have been given their marching orders. So, what (if any) are the federal implications of what has just happened? A special edition of ABC Radio National’s The National Interest, presented by Inside Story contributor Peter Mares, discusses the results and implications of the 2011 New South Wales election. Listen here...

And from Inside Story’s archive:
The man who would be premier
Brett Evans talks to Barry O’Farrell

Death by a thousand cuts

Despite the recommendations of an expert panel, changes to federal environmental legislation have stalled, writes James Panichi

Above: Opponents of the proposed Gunns pulp mill in Tasmania protest on Bondi Beach during the 2007 federal election.
Photo: James Alcock/ Fairfaxphotos 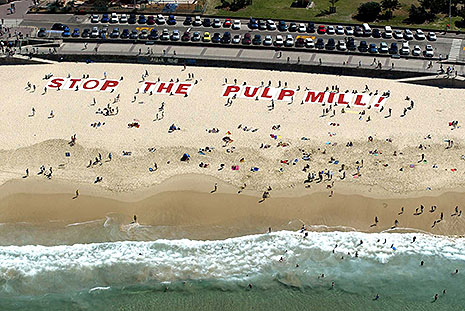 Above: Opponents of the proposed Gunns pulp mill in Tasmania protest on Bondi Beach during the 2007 federal election.
Photo: James Alcock/ Fairfaxphotos