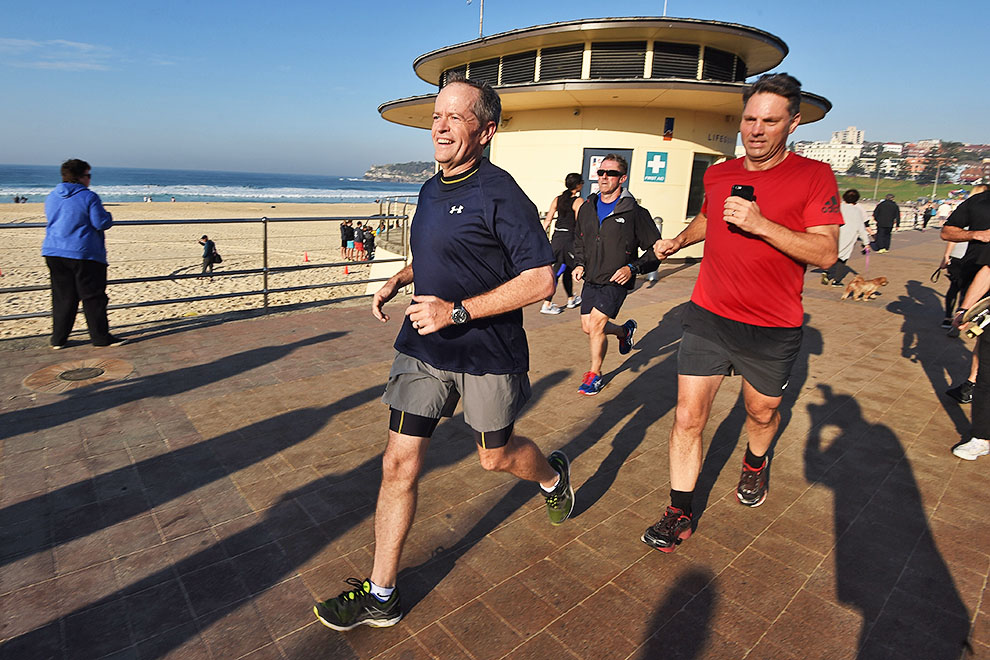 The campaign commentariat is aflutter. Newspoll has tossed the cat among the pigeons once again. As usual, the excitement flows from what the Australian, which commissions and publishes the survey, has chosen to accentuate. This time it’s how the leaders rate, and the other media outlets have again picked up and relayed the paper’s headline and lead paragraphs.

This fortnight’s headline is “Turnbull in Danger as Bill Shorten Lifts.”

Danger? The report leads with the continuing rise and fall, respectively, of Bill Shorten’s and Malcolm Turnbull’s personal ratings – both on the “satisfied with” scale and as “better prime minister.”

Voting intentions, meanwhile, have barely moved. In fact, the only thing that’s changed discernibly is Labor’s primary support, which has gone backwards by a number that rounds to 1 per cent (which is hardly any change at all). In reality, this Newspoll doesn’t actually indicate any more “danger” for the government than the last one did.

The small primary vote shift was not large enough to move the two-party-preferred headline from last fortnight’s 51–49 in Labor’s favour (estimated by using preference flows at the 2013 election). If that national vote was repeated on election day (and remember, the unrounded number for Labor could be anything from 50.51 to 51.49), the seat outcome could go either way.

It might be a comfortable Labor win or an easy Coalition one – or, least likely of all, a hung parliament. (Most observers agree that Labor will probably need more than 50 per cent to take government.) And had that rounded number moved to 50–50 (and it must have come close) the story might have been headlined “Coalition claws back.”

But here’s the thing. On 2 July (and from 14 June for early voters), the House of Representatives ballot papers you and I will take a pencil to make no mention of approval of/satisfaction with the major party leaders. We will not be asked who we’d prefer as prime minister. We will be required to register votes for local candidates, which for the big majority means voting for a party.

Approval and preferred prime minister are just measurements the pollsters came up with half a century or so ago; it made sense, while they had respondents’ attention, to throw in some extra questions on top of the central matter of whom we would vote for. And because those results exist, they are assumed to be “predictors” of election outcomes. But they’re not.

What stands out from this Newspoll, and recent ones, is how stable voting intentions have been for the past two months. But since the middle of last year, “Newspoll” has been conducted not by Newspoll but by Galaxy (they retained the name; it’s complicated) and an absence of volatility has long been a feature of Galaxy surveys. The old Newspoll used to jump around more.

Given the continued centrality of Newspoll to horse-race assessments within the political class, this poll (and its interpretation) is beneficial to Labor. It will drive more media accounts of what a splendid campaign Shorten is running. Bill’s on a roll; as he said last week, he’s enjoying himself.

But even that modest advantage is easy to overstate. Elections are not contests after which electors hold up scorecards. They are about something else: who voters want to be in government.

The conviction that glowing horse-race coverage leads to favourable electoral outcomes goes to that great political class illusion, “momentum.” Momentum is ultimately only recognisable with hindsight. On 3 July, ask who had the momentum and the answer, of course, will be whoever won.

In the meantime, the favourable media framing of these results will reinforce Shorten’s improved personal ratings – and certainly the satisfaction/approval figures, which reflect assessments of how he’s doing his job. But that’s different from winning more votes on election day.

Perhaps the most important element of this Newspoll is the likely incentivising effect, or absence of it, on Coalition strategy. Last week’s ugly overreach by immigration minister Peter Dutton produced outrage in sections of the community, and cheering and high-fiving among the Liberal rusted-ons and true believers.

Labor and the progressive media are playing into the government’s hands, the culture warriors chortled; the Coalition always wins when migration, refugees and asylum seekers are in the news.

A perceived Newspoll improvement for the government would have been interpreted, in some quarters, as vindication of Dutton’s behaviour, and encouraged further forays.

We can be thankful for that polling road untravelled. •