Not what the voter ordered?

Australia’s lower house voting system isn’t designed to be proportional, though perhaps it should be 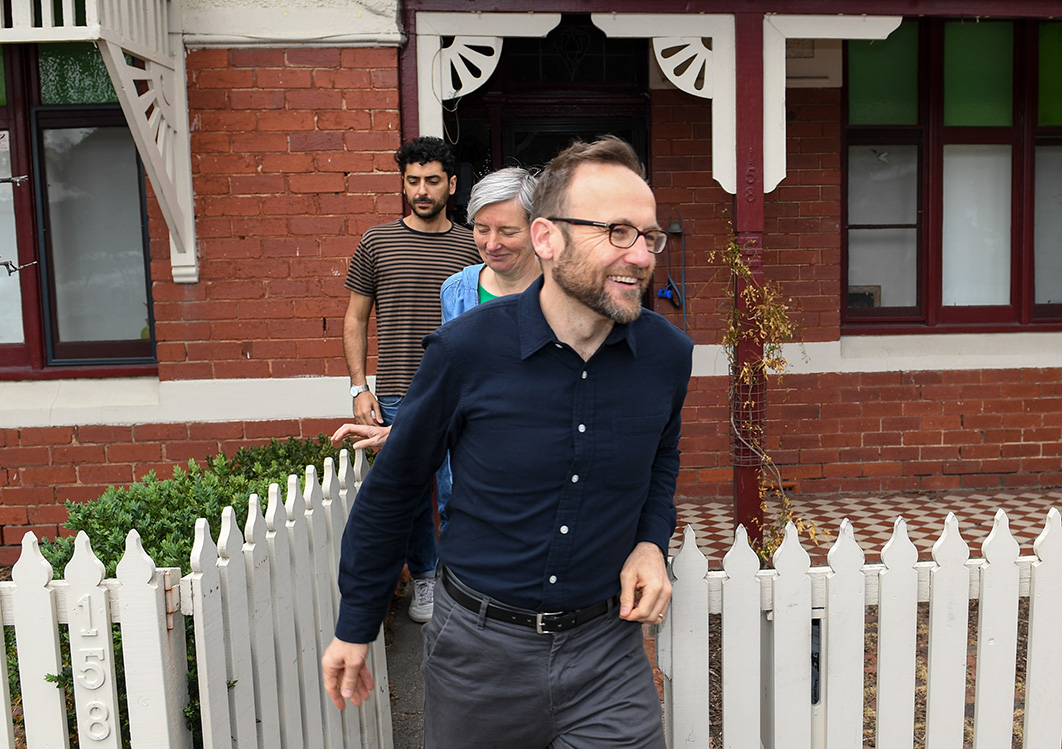 Contrast the minor party’s fate with that of the Nationals, who turned a primary vote of just 4.5 per cent into ten times as many seats as the Greens, or 6.6 per cent of the total. Is it fair, is it right, when votes translate so unevenly into seats?

Really, it’s neither fair nor unfair, right nor wrong. Grumbling about the mismatch is like complaining that the caesar salad you ordered tastes nothing like ice cream. We have a single-member district, or SMD, electoral system, and it’s designed to produce these kinds of results. In particular, it rewards the major parties with disproportionately large numbers of seats. If you want to eat ice cream, that’s what you need to order: if you want proportional outcomes, you should use a proportional system.

Proportional representation, or PR, is used by about half the world’s democracies. In their elections, parties can expect to receive about the same percentage of seats as they get in votes. SMD systems — often called majoritarian (or plurality) systems — are different: they push towards winner-takes-all results and favour stability by making sure that one big party usually gets a majority of seats.

Here in Australia we use SMDs to elect members of the House of Representatives, the chamber that decides who governs. In this regard we are like a big majority of former British colonies — including nearly all of the South Pacific nations, Canada, New Zealand until 1993, and Britain itself. But our Senate is elected under PR, making our particular combination — SMD in the lower house, PR in the upper — virtually unique. I’ve written about how this explains much of our current political malaise.

Our lower house system has an added twist: it is preferential instead of following the first-past-the-post system that predominates in the former British realm. In that way it resembles the system in France, which uses SMDs but adds run-offs between the two frontrunners, typically two weeks after the first vote. Our preferential system was devised in the late nineteenth century in an attempt to replicate the French, but with the hassle and expense of only one election instead of two. That’s why preferential voting is sometimes called “instant run-off.”

PR systems throw up a set of parliamentarians that more accurately represents society in all its complexity. Think of our occasionally colourful senators, who are elected by PR. And because no party generally has a majority, PR encourages consensus, deal-making, and give and take.

PR’s other big advantage is that virtually all votes have the same value. Contrast this with House of Reps elections, in which safe seats are ignored and marginal ones fetishised and showered with riches. Parties get carried away with “bellwether” electorates, sometimes seeming to perceive them as possessing magical powers: seat X invariably goes to the overall winner, so if we pour lots of resources into winning it then we win government.

A former Labor national secretary, Karl Bitar (2008–11), even formulated the “Lindsay test” based on this conviction. The Labor government of the time (first under Kevin Rudd, and then Julia Gillard) should, he dictated, only do things voters in that outer-western Sydney electorate would approve of.

A certain demographic tends to be over-represented in electorally volatile outer-suburban seats like Lindsay: young families who are politically unengaged, moderately educated, middle-income and white. This is whom our parties largely pitch their messages to. It’s a terribly clunky way to operate, and often counterproductive, but our machine people reckon they know what they’re doing. If you’ve ever wondered why our political discourse is so bad, this is a major reason.

(Lindsay, created in 1984, kicked its bellwether habit in 2016, electing a Labor MP while the nation voted Coalition. This negated some of the obsessing about that particular electorate but not the belief that elections are won or lost by appealing to that kind of voter.)

SMDs also facilitate a lot of dodgy election analysis. Before every election, commentators list their “must-win seats” — as if, again, some electorates are worth more than others. Once the count is in, an electorate, no matter how narrow its outcome, is deemed 100 per cent in the hands of the party that won it. The electoral commission and others construct colour-coded electoral maps, red for Labor and blue for the Coalition, and a 50.1 per cent win gets the same shade of ink as a 90 per cent one.

Across the liberal democratic world, centre-left parties tend to do well in big cities and centre-right ones outside, and Australia is no exception. So our maps contain red in densely populated capital cities and a sea of blue outside. There’s a hell of a lot more blue ink than red because sprawling country seats, with few people per square kilometre, tend to vote conservative.

When Labor is out of power, commentators wave these maps to show how dire that party’s situation is. Look at how small its support is! When will it reconnect with outer-suburban battlers and regional voters? Will it ever win again? The maps are still predominantly blue when Labor is victorious, but the story doesn’t work. Under PR you get much less of this nonsense.

Around the democratic world, support for major parties is on the decline. SMDs mask this phenomenon. Our May election saw the lowest combined major-party primary vote since the second world war, just 74.8 per cent, but you would barely know it from the seat tally; between them they scooped up 145 of the 151 on offer, or 96 per cent.

Germany uses PR, and at its last election, in 2017, the two major parties couldn’t even form a “grand coalition” big enough to govern. In other words, its equivalent of our Labor and our Coalition couldn’t scrape together a majority between them. Our major-party support levels are not yet anything like that low, but their continuing decline is masked by SMD.

SMD preserves major-party dominance, with the Australian accessory of preferential voting boosting that dynamic. Because of that — because voters continue to perceive that only one side or other can form government, and because they don’t want to waste their vote (most Australians don’t understand how preferences work) — our system works to prop up major-party support.

But one day, if the major-party vote continues its decline, something will have to give. Someone else will start to win seats, though we don’t know who that will be.

Next up, the currency war

Donald Trump’s latest complaints don’t stand up to scrutiny, but the global economy will suffer anyway 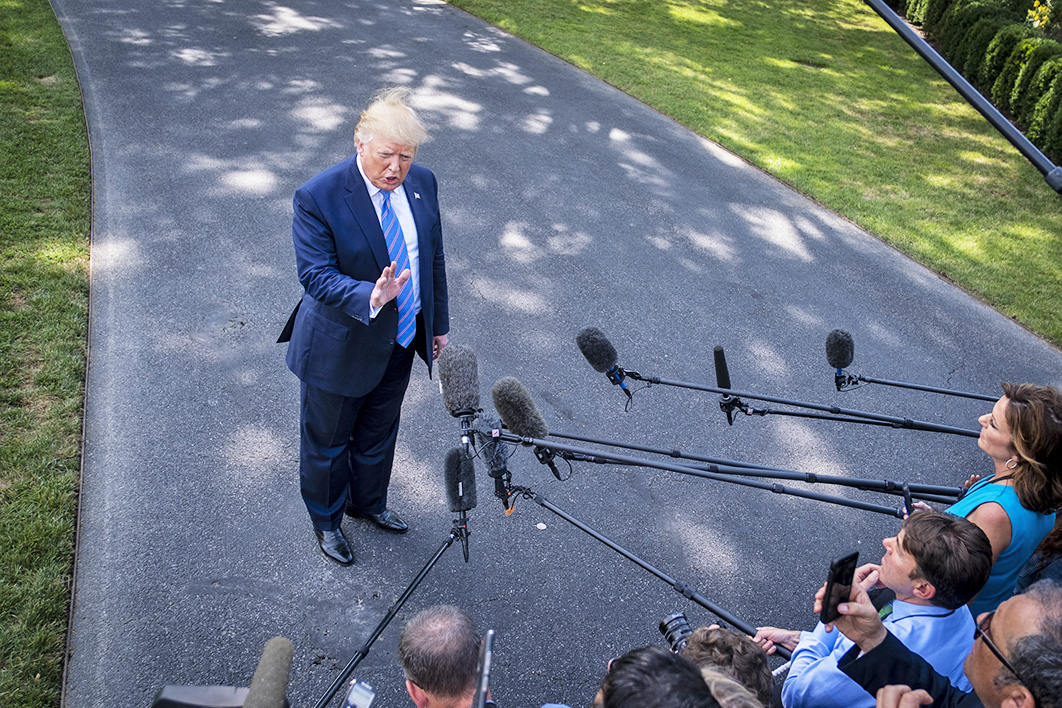