Notes on an election

Dust settled, our correspondent pokes through the rubble 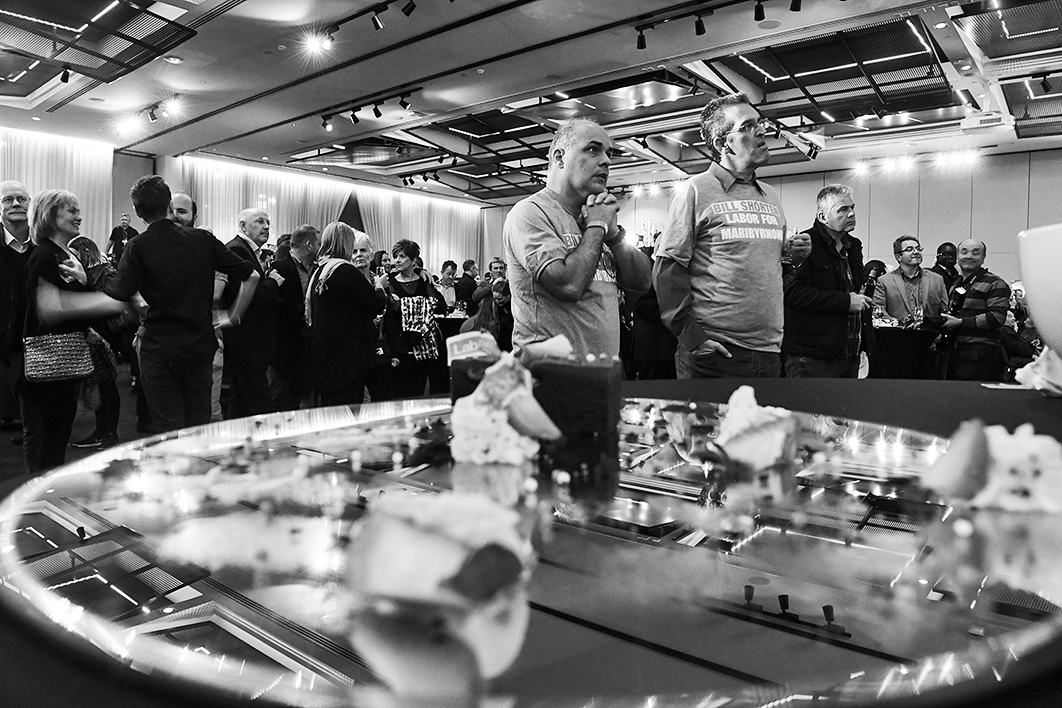 Expectation gap: Labor supporters watch the count at the party’s election-night reception at the Hyatt Place Melbourne on 18 May. Lukas Coch/AAP Image

Back in 1983, when Bob Hawke led Labor to victory after seven years in opposition, every state and territory swung to Labor except for Tasmania, which moved by 3.6 per cent to the Fraser government. It was, of course, because of Labor’s promise to stop the Gordon-below-Franklin Dam.

Last month Queensland swung most to the Morrison government — a touch over 4 per cent on current estimates, and more than double any other state. The swing was particularly pronounced in areas that might be affected by the Adani coalmine (although it was exacerbated by high support for One Nation and the United Australia Party, with their Coalition-friendly how-to-vote cards).

Instead of opposing Adani outright, as Hawke opposed the dam, Labor sat awkwardly on the fence. But similar sentiments came into play: an outlier state angered at the prospect of Canberra interfering in its affairs and sacrificing jobs at the behest of trendies in Sydney and Melbourne. Only this time the state in question had thirty seats, not five.

More generally, we need to be wary of trying to find “reasons” for last month’s shock result by matching seat-by-seat (or booth-by-booth) swings with assessments of whether voters would have won or lost under Labor’s proposed policies. For one thing, many of the 2019 swings appear, at least partly, to be corrections for 2016 moves in the other direction, which were in turn at least partly a result of Labor’s “Mediscare.”

Most importantly, though, political scare campaigns, of which we have just witnessed a ferocious example, don’t target rational individuals researching party policies and deciding what’s in it for them. On the contrary, spreading misinformation relies on voters’ lack of knowledge and disinclination to dig into the detail. It’s about whipping up emotion. Throw in a fictional “death tax” and it becomes safer for stressed voters to stick with what they know. Those in precarious economic circumstances — people who would be more likely to benefit from the spending that would have been funded by Labor’s housing and dividend policies — can be the most susceptible to fear.

So you could see the results in, say, Sydney as simply a case of Labor seats swinging to the Liberals, and Liberal seats moving the other way. Or you could see them as a general change-of-government swing counteracted by a scare campaign that was particularly effective among people of modest means.

After every Labor election loss, opinion pages and airwaves burst with advice. Overwhelmingly, the party is urged to move to the centre, reconnect with battlers, and learn the values of aspirational voters. These naggings are as hollow as they are predictable; sometimes the same commentators, only months earlier, had been celebrating what was seen then as a move to the centre (2004 was a prime example).

They don’t stand up in 2019, either. Labor’s big-ticket policies — straight out of Treasury and the technocrats’ handbook — were hardly the stuff of revolution. (It’s true that promising to legislate to reverse the Fair Work Commission’s penalty rate decision was a bit out there, and perhaps played into the usual fears of union domination.)

But Labor presented the platform with fiery rhetoric, exaggerating its mildly redistributive effects. Beyond the true believers, it was never clear who all those swipes at the “top end of town” were supposed to impress. Like the decision to present a big target, this tactic probably flowed from the better-than-expected result three years ago and the hope of latching on to the international post–GFC anti-elitist zeitgeist.

But perhaps one lesson from 2016 — and from Trump, Brexit and Theresa May’s close shave against Jeremy Corbyn — is that low expectations are a necessary ingredient. And in 2019 it was the Coalition government that was the firm underdog.

There is little point in the opposition gnashing its teeth about being out of touch with voters. Its policies might have been good or bad, but it lost the election because it asked voters to give it a tick before it acted. No opposition since 1993 has been so foolish. And with the exception of the 1998 GST election, no government in living memory has either.

In 1983 the Hawke opposition declined to mention that it would impose an assets test on pensions, which was perhaps the hot potato it handled in its first term. A lot of the language and sentiments were similar to this year’s dividend franking debate. Few of the reforms still celebrated today were taken to elections first.

The fourth estate’s rare bout of introspection — how did we get it so wrong, do we not understand our own country? — will be fleeting, but on this occasion is not really warranted. When all the opinion polls point one way, what’s an election pundit supposed to think? It’s true that many observers enthusiastically internalised the long line of poll results, perceiving political events so clearly through a poll-created lens that they convinced themselves that we don’t need the polls to tell us that this government was going down, big time.

But if the pollsters had accurately anticipated the result, expectations would obviously have been different.

(My election-morning assessment was in line with earlier jottings: seeing Labor’s campaign as wrong-headed but ultimately accepting the evidence of the polls. See also reasons for the government to be hopeful, last December.)

The polls said it would be around 51 or 52 per cent to Labor. The Coalition instead won 52 per cent. Was there a late swing? Were the polls wrong for the whole campaign? Were they wrong for the last two years? Were voting intentions for the Coalition under Malcolm Turnbull as high as 52 or 53 per cent (rather than 49) in the weeks before he was chopped down?

As noted last week, I’m also not as sceptical as most about the idea of a late swing.

It is clear that two things will survive a nuclear Armageddon: cockroaches and the bizarre insistence among the political chatterati that betting markets are useful “predictors” of election results. They are merely a reflection of general expectations, which are mostly driven by the opinion polls, and should never again be referenced as evidence on a particular seat or the overall result. But of course they will be.

One side effect of this result is that the chances of a successful referendum on the Uluru Statement from the Heart have shot up. Under a Labor government it would probably have gone nowhere, because Liberal opposition leaders simply lack the clout to bring their side to the constitutional amendment table. And Bill Shorten would not have been likely to hold a referendum without Coalition support.

Labor opposition leaders, by contrast, have no problem jumping aboard. Supporting constitutional referendums is in their DNA (communism in 1951 aside). As a rule (with the usual exceptions) referendums succeed when a Liberal prime minister with the necessary internal clout is convinced of the desirability of constitutional change.

Scott Morrison now possesses a level of authority not seen since Tony Abbott’s early months as prime minister. The spectacular nature of the polls’ failings insulate him against poor future numbers. And even before the election he had expressed an interest in making progress on this front. •