On authenticity and Philip Glass 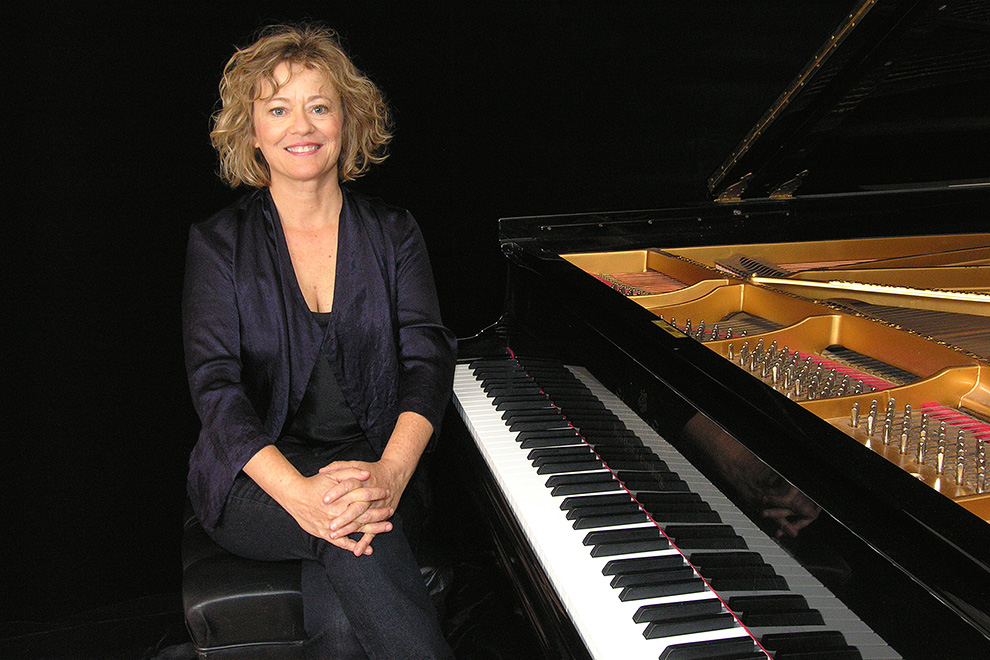 For Australian pianist Lisa Moore, fidelity to the score is paramount. Nina Roberts

You might think it would be hard to play a piece by Philip Glass in such a way that it would sound different from any other performance of the same piece. All those arpeggios, those repeating figures, the endless chugging and vamping: how much room could there be for interpretation? I confess I thought this. But I was wrong. A new recording of some of Glass’s piano music has sent me back to an earlier recording, only to find they are worlds apart.

Glass’s piano music has had some prominence of late. It’s partly that his twenty solo Etudes (1994–2012), first unveiled in their entirety two years ago at the Perth Festival, have been receiving some high-profile attention, including a recent all-star tag-team performance at the Brooklyn Academy of Music. Where once it was mainly Glass himself who played his solo music, now more and more pianists are taking it up and their recordings keep appearing.

Three of these, confusingly, share the same title, taken from an infinitely expandable Glass composition created in 1979 to welcome the Dalai Lama to New York. The first Mad Rush CD came out in 2011 – this was pianist Sally Whitwell’s all-Glass debut on ABC Classics; last year, there appeared a double LP of recordings by pianist Jeroen van Veen, also entitled Mad Rush; and just last month Lisa Moore put out her Mad Rush on Glass’s own label, Orange Mountain Music. I haven’t heard the Dutchman’s vinyl, but I’ve been listening to Moore’s new CD with pleasure and great interest, particularly because I already knew Whitwell’s recording quite well.

Moore is an Australian pianist, long resident in New York, though returning regularly to these shores. Her piano playing is typically crisp and clear, its power coming directly from the score. This isn’t to say that she eschews interpretation and expression. On the contrary, she has been responsible for some of the most emotionally stirring piano recitals I’ve ever heard. But, with Moore, fidelity to the score is paramount, and here, in her Glass recordings, the music is presented in sleek, pristine performances that let the notes do the talking.

Richard Guérin’s annotation with the recording draws our attention to this when he says that “Moore’s performance may be the first ‘historically’ informed interpretation of these works.” He is drawing a comparison between Moore’s attention to the detail of Glass’s scores and modern performers of baroque and classical music who return to early manuscripts in an attempt to discover what Bach or Haydn really wanted.

But there’s more to being “historically informed” than textual fidelity, and scholars of music from the seventeenth, eighteenth and nineteenth centuries don’t just look at manuscripts: they also examine contemporary paintings and read related documentation to discover as much as possible about how the music was performed, from the size of the forces required to instrumental technique and, above all, playing style. In the hands of pioneer performers such as Frans Brüggen and Gustav Leonhardt, Nikolaus Harnoncourt and Rene Jacobs, historical authenticity depended almost as much on these anecdotal matters as on the scores.

When it comes to playing Philip Glass’s works in a “historically informed” manner, then, one also wants to know how the composer plays his music, and perhaps the most striking thing about his approach is the often high degree of rubato involved. That’s to say, he pulls the tempo around, slowing down to emphasise a chord change or a shift in the figuration. These ritardandi and rallentandi are not marked in the score, and some people have been unkind enough to suggest that Glass – who, like most composers, isn’t a virtuoso performer – slows down at these points simply in order to negotiate the tricky bits. There may even be some truth in this: études – or studies – are traditionally teaching pieces, and Glass himself has explained that he began writing his Etudes in 1994 order to become a better pianist.

Sally Whitwell, another Australian pianist and one of those chosen by Glass to take part in the tag-team Etudes in Brooklyn, adopts Glass’s approach on her Mad Rush recording, playing with considerable rhythmic freedom and rubato. You could argue that she too is “historically informed,” taking her cue from the composer himself, rather than his scores. It’s certainly a very different experience to listening to Moore, and since (in addition to the albums’ titles and the presence of the title work) these two discs also have in common the half-hour long, five movement Metamorphosis, a direct comparison is hard to avoid.

Whitwell (and Glass) connect the music to the past. In their freer performances, the works seem to belong in the company of Schubert and Chopin. It isn’t only the use of rubato, but also the piano tone that each conjures, which is bold and rich. Moore’s recording makes Glass seem more modern, which can’t be a bad thing. The playing isn’t cool exactly, but it is open – open, that is, to our interpretation. •

Composer Andrew Ford presents The Music Show each Saturday on ABC Radio National. His latest book, Earth Dances: Music in Search of the Primitive, is published this month by Black Inc.