On interpreting and being interpreted 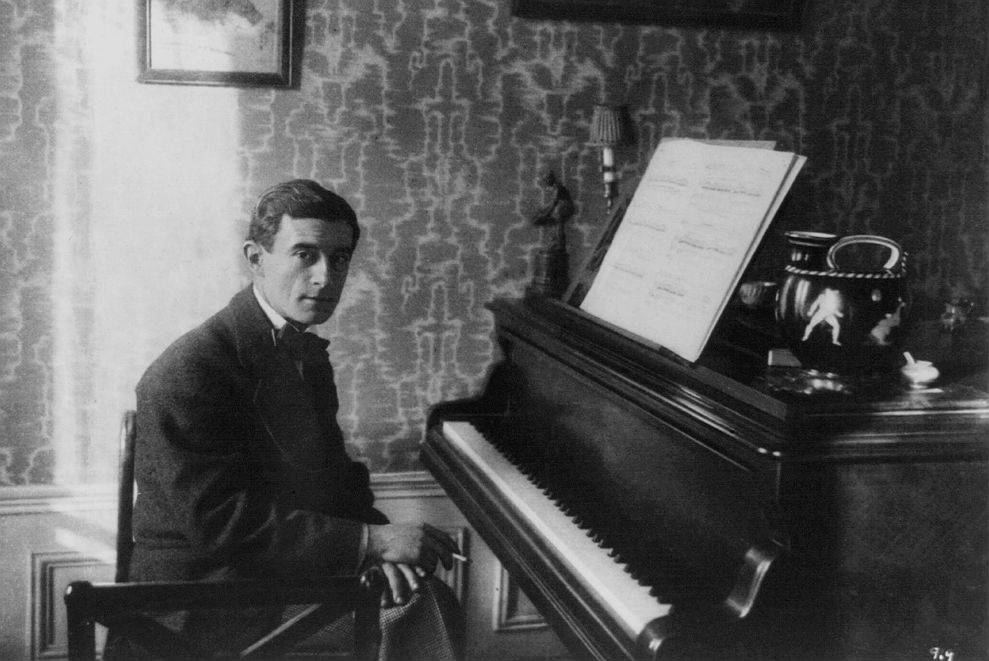 I had never heard of the French pianist Bertrand Chamayou, but as soon as I read the review of his recording of Ravel’s piano music, I knew he was my man.

“Where’s the mystery in Gaspard de la nuit when every note is so plainly defined?” the Guardian’s critic complained. “Where’s the majesty in the Sonatine when the cross rhythms are so literal?”

The suggestion that a pianist might draw more “mystery” from Gaspard de la nuit by making the notes not “so plainly defined” (whatever that means), or that extra “majesty” might be uncovered in the Sonatine by muddying the cross rhythms is, of course, plain daft. But reviewers have to write something, and it must be hard to think of things to say about music that has been played and recorded as often as Ravel’s.

Performers have a similar problem. If you’re entering the recording studio with scores of Pavane pour une infante défunte and Le Tombeau de Couperin under your arm, what are you going to do? What will you find to say about those pieces that hasn’t already been said? What will your interpretation be? Ravel was clear enough on the matter. “Ma musique ne s’interprète pas,” he declared, “elle se joue.” (“My music shouldn’t be interpreted, it should be played.”)

Music is a special case among art forms. It would be difficult for a playwright to make a similar statement. Both Samuel Beckett and Harold Pinter tried to control the way in which their stage works were seen and heard – Pinter had particularly strong ideas on the lengths of pauses; but when it comes to specifying tone of voice or the tempo of delivery, a script is even vaguer than a score.

And scores are vague, make no mistake, which is why avoiding interpretation is ultimately impossible. Terms such as forte and piano are relative. We know pianissimo means quieter than piano, but how quiet is that? When you see ritardando in the score, exactly how much do you slow down? There are qualifiers – poco rit. (slow down a little) and molto rit. (slow down a lot). But what’s a little and what’s a lot? A player must make choices, even in music by a composer as fastidious as Ravel.

One may, however, go too far. At the end of “Ondine,” the first movement of Gaspard de la nuit, Ravel has written “Sans ralentir” over the final bar, warning the pianist not to get slower. There’s no ambiguity here: the composer stipulates that the demisemiquavers (or 32nd notes) should run on straight into the final chord with no romantic easing of the tempo. You would be surprised how few pianists pay him any heed. Even so fine a player as Angela Hewitt takes not a blind bit of notice of the composer’s instruction.

Personally, I love being interpreted. I enjoy the sense of a conversation between the performer and my music. I would be surprised to hear a pianist applying the brakes in a bar where I had gone to the bother of writing “Don’t slow down,” but in general I like it when players make my music their music.

The most extreme experience I’ve had in this regard was at the Kuhmo Chamber Music Festival in Finland a few years ago when the Ukrainian pianist Vyacheslav Novikov played a selection from my hour-long cycle The Waltz Book. The reason that the work lasts one hour is that it consists of sixty waltzes, each a minute long. I don’t expect players to take out their stop watches, but it is an important feature of the work that it is made up of many pieces of equal size, like the tiles in a mosaic. The excellent Tall Poppies recording by Ian Munro (for whom the work was written) lasts fifty-nine minutes and sixteen seconds.

The Waltz Book has been played quite a lot, but only five or six times in its entirety. Much as I may think it an excellent idea for pianists to perform an hour of my music in one go, I understand they may have other music they want to fit into their recitals, so from the start I’ve encouraged players to make selections from the sixty individual numbers.

At Kuhmo, Novikov played seventeen of the minute-waltzes, yet his performance clocked in at twenty-five minutes. My first response was shock. He played some of the music so slowly that I thought he was going to stop. But ultimately I was thrilled that he cared enough to rethink the material, and secretly proud that these little miniatures had withstood his treatment. He had stretched them alarmingly and yet they hadn’t broken. Still, that’s me and my music. Why do I prefer Ravel unadulterated by interpretation?

Ravel’s music is for the most part rather delicate – fragile even. Not that it is poorly constructed – quite the contrary, this composer’s attention to detail was second to none. But the details matter. His music often teeters on the edge of sentimentality, and it’s the details that keep it from falling in. Sweet harmonies are carefully spiked with dissonances; tempos are a little quicker than you might expect, affording less time to linger; and in places where a lazy pianist might apply off-the-peg rubato, slowing down at the end of a piece (because that’s what they always do), there will be an exhortation such as Sans ralentir. If you play the music the composer’s way it will sometimes seem nostalgic, but never cloying, and Bertrand Chamayou doesn’t disappoint.

Once, after an especially sluggish performance of Pavane pour une infante défunte (“Pavane for a dead infanta”), Ravel reminded the pianist that it was the infanta that was dead, not the pavane itself. •