Why all sides must take a step back in Hong Kong 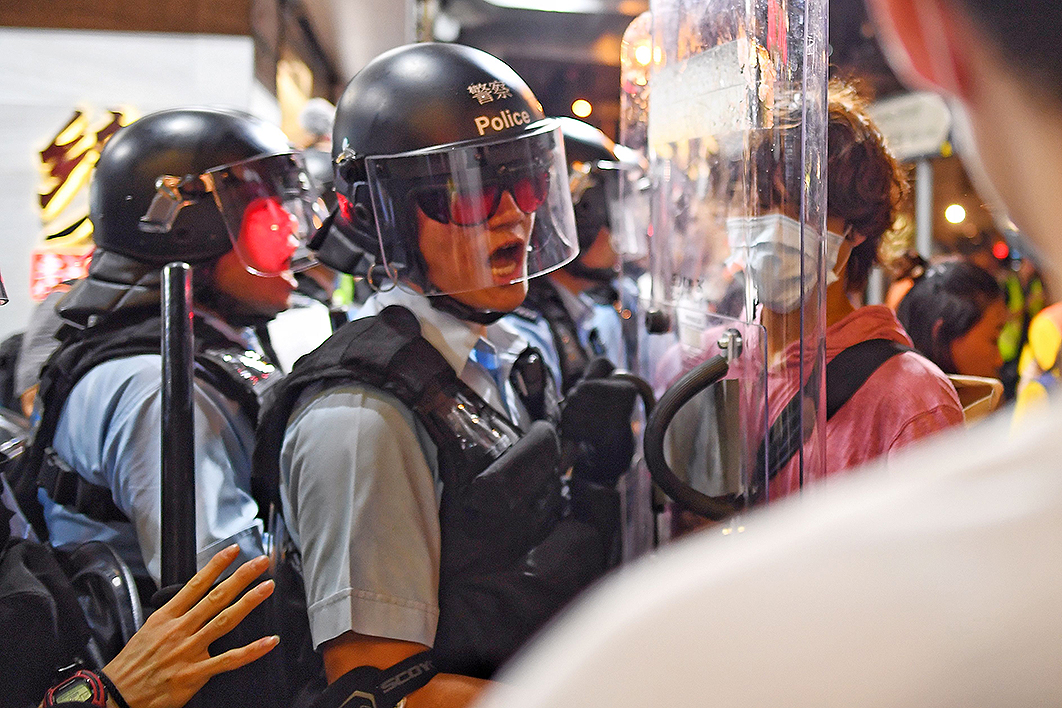 Even among those who have never visited the territory, Hong Kong is held in great affection. But with its airport having become a battleground between protesters and police, the bemused reaction of tourists passing through over the past few days is symbolic of the confusion that everyone feels about the seemingly endless conflict there. Even the hitherto inattentive Donald Trump is starting to offer advice. As ever, Beijing’s silence is ominous.

The past ten weeks have been a whirlwind for everyone involved. With grievances, anger and passion deepening, it is doubly important to try to persuade all sides to take a deep breath. More than anything, there needs to be a period of listening and mediation.

The situation in Hong Kong is the result of a failure of leadership on all sides. On the government’s side, new leaders tend to have an initial period in power where they are given the benefit of the doubt before the troubles, and recriminations, start to mount. For the territory’s chief executive, Carrie Lam, that period was so short it was almost non-existent, and her administration was quickly and brutally exposed as verging on powerless. Whatever the reasons for her appointment, whatever the administrative tools she wields, whatever the political context in which she operates, something is fundamentally wrong in the structure of government power in Hong Kong.

This is not about apportioning blame. It is a statement of fact. The government of the city has been unable to provide basic security and stability for over two months. It is not able to do what a government should do.

Among the protesters, the anger and grievances are every bit as obvious. But once more, for whatever reasons, none of their leaders has been able to frame and articulate a constructive political statement that captures the root causes of protests on this scale. It’s clear that people in Hong Kong feel they have not been listened to — worse, they have been betrayed. But no one can protest perpetually. Closing down airports and occupying key areas of the city are high-risk tactics, and need to be linked to some strategic aim. They can’t become ends in themselves.

Leadership needs to deal with the art of pragmatic compromise and prioritising issues. At the moment, the protesters’ anger is strong, but undirected. What Barack Obama has called the backbreaking, exhausting job of simply engaging in politics needs to happen.

The Beijing government has also made it patently clear over the last few years that its attitude towards Hong Kong has become unequivocally prescriptive. Its commitment to the “one country, two systems” agreement, struck before the 1997 handover from Britain, seems abstract almost to the point of non-existence. Boundaries have progressively been eroded.

From the disappearance of the booksellers accused of publishing works disrespectful of China’s leadership in 2015 to the almost overwhelming levels of migration to Hong Kong from the mainland and the tone of comments on the city by Beijing leaders, it’s no wonder that Hong Kongese feel vulnerable. With its identity under attack, Hong Kong has become a very poor advertisement for how the China of Xi Jinping wants to relate to the world and operate as a global power.

What has been happening at the airport in the last few days, in front of the rest of the world, should be sobering for everyone involved. In his great treatise on war, Carl von Clausewitz said that during conflict actions speed up, chaos descends, and everyone loses control. Hong Kong is not at war — but events there have been happening with bewildering speed, and there’s little sense that anyone is in control.

The Lam administration needs to urgently set a conciliatory, listening tone, and create an atmosphere conducive to dialogue, with no set outcomes. It needs to recognise the genuine grievances and the anger, and make a concerted attempt to tackle their root causes. The protesters need to initiate a period of at least relative calm to give the government time to formulate proposals they can politically respond to.

For its part, the Chinese government needs to make a much more credible commitment to the one country, two systems rubric, and allow the Lam administration and the people of Hong Kong space and support to work out where they go. That means acknowledging that the relentless enforcement of Beijing’s will, and the overt and covert attempts to demand conformity and obedience in Hong Kong have had utterly negative consequences and need to stop.

A Hong Kong ruined by instability, anger and perpetual protest works for no one — not for the government, nor for the protesters, nor for Beijing. It would be a tragedy for the world to see this wonderful and vibrant city avoided by visitors, its population divided and demoralised. A resolution in which the grievances of the protesters are addressed, the administration is restored in credibility, and the Beijing government is recognised for having acted responsibly and respectfully might seem like a distant prospect at the moment, but it is precisely this outcome that all parties, and the world, should support. •

Kerry Brown, a former Director of the China Studies Centre at the University of Sydney, is Professor of Chinese Studies and Director of the Lau China Institute at King’s College, London.