A new book explores why wars can continue well beyond the point where they seem to have served any purpose, writes Tom Bamforth 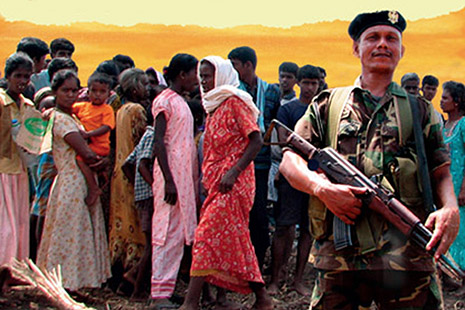 “THE snow’s glorious up here,” said my colleague over the phone from Geneva. “The best day of the season.” I had called on the weekend, hoping to find out a bit more about what I was going to be doing when I arrived in the Philippines to assist with the humanitarian response to Typhoon Bopha. Known locally as Typhoon Pablo, Bopha ripped through the eastern provinces of Mindanao at 230 kilometres an hour late last year, causing flash flooding, uprooting trees and triggering immense landslides. It was a long way from the snowfields of Switzerland.

As I drove through the wreckage shortly after my arrival, palm trees littered the landscape like giant toothpicks that had blocked roads, ripped up gardens and smashed houses. “Only my grandfather can remember the last typhoon,” one community leader told me, “and that was in 1912.” Totally unprepared for “super-typhoon” winds, over six million people were affected in some way, with 2000 killed and a million homeless. In one area, Andaap, severe flooding caused giant boulders to wash downstream, diverting the course of the local river and sweeping away villages. And as if the typhoon wasn’t enough, for two months it rained solidly. As I spoke to my colleagues on the ski slopes of the Swiss Alps, a further 40,000 people, displaced by ongoing flooding, were camping by the sides of roads or sheltering in government-provided “bunkhouses” – shabby plywood constructions with ten people to a room and no connection to water, sanitation or drainage.

In the words of the UN coordinator overseeing the work of humanitarian organisations, the typhoon was part of a “perfect storm.” Not only had Pablo been hugely destructive in itself, but with general election campaign getting under way there was a fear that aid would be manipulated to serve electoral purposes. More damagingly, though, the disaster came as a ceasefire ended between government forces and the New People’s Army, the communist insurgency that brought together Maoist socialism, peasant revolt and opposition to the country’s repressive regimes in the 1970s and 80s, fuelled and fractured by competing mining and natural resource interests. Stretching back nearly forty years, this conflict had become a seemingly permanent part of the Philippines landscape.

When I visited Manila to try to raise funds and publicise the disaster, some donors encouraged me to see Typhoon Pablo as an “opportunity” – to rebuild, encourage tourism and replace aid funding with private sector investment. Returning to Mindanao, I learned that labour recruiters, quick to take up such “opportunities,” were already offering women whose livelihoods had been destroyed contracts to work as domestic help in the Middle East. At $400 a month, these contracts were considered attractive, despite the significant risk of physical, sexual and economic abuse they carried with them. Once again, against a backdrop of conflict and natural disaster, aid agencies and business and political interests were creating a web of interdependent and counterproductive interests. Attempting to get the humanitarian response right was, for many, a subsidiary concern to exploiting the “opportunities” that arise from a fresh natural disaster and the impact of a decades-old war.

WHY wars like this go on for so long is the subject of David Keen’s Useful Enemies. This is a timely, if not altogether new, discussion of how the interests of conflicting parties and aid/development agencies mean that some conflicts can be too valuable to be allowed to end. Economic, political and psychological imperatives can ensure that these conflicts become “permanent emergencies” and mutual profiteering can continue. As Keen puts it, wars are neither an exceptional phenomenon nor simply a breakdown of peaceful means of resolving differences. Instead – and here he draws on the French philosopher Michel Foucault’s description of prisons – they are “the detestable solution, which one seems unable to do without.” The term “war systems,” he argues, may better reflect reality than the word “war,” with its implications of winners and losers and defined political and military objectives.

Useful Enemies is structured around the central insight that the conventional approaches to understanding conflict in the author’s academic disciplines of sociology and political science have failed to explain the brutality and longevity of certain conflicts. These approaches reflect a simplistic worldview in which war is rule-bound activity fought between two identifiable sides, each with the ostensible aim of defeating the other. Keen’s aim is to understand the “real factors” that underpin and sustain brutal, long-term conflicts such as those in Sudan, Sierra Leone, Guatemala, Cambodia, Afghanistan, Iraq, Sri Lanka and Pakistan.

Importantly, Keen doesn’t see protracted wars as solely a feature of far-off places. He also turns his critical gaze on the function of war and the “permanent emergency” in the West, particularly through an analysis of the nebulous Global War on Terror – or GWOT, as it became known to jaded State Department employees – and the political influence of the US military–industrial complex. Significant in this analysis is a conception of intractable conflicts as part of an internationalised system linking the theatre of conflict with the political, economic and even mass-psychological imperatives of the wars’ various prosecutors – including governments, rebel groups and, at times, Western aid institutions. In Keen’s words, “when the expressed goals in a war are not being achieved, a number of unexpressed goals are nevertheless being fulfilled.” It is these hidden or unexpressed motivations that Keen seeks to uncover.

While Keen has done valuable service in bringing together a wide-ranging analysis of global conflicts, much of what he describes has been explored before. To take a few examples: the war-mongering and increasing influence of the US military–industrial complex, and the ideological uses to which it was put by neo-con members of the second Bush administration, have been recognised for decades. In fact, it was Dwight Eisenhower – Republican president and former supreme allied commander in Europe – who coined the term “military–industrial complex” and identified the phenomenon as a future threat to US democracy. Similarly, the self-serving (if still undeclared) anti-Indian and pro-Taliban policies of the Pakistan army, which lead it to aid parties against which it also fights, is an acknowledged source of frustration among the US officials who continue to fund the army because Pakistan is “too important to fail.” The role of natural resources and blood diamonds in the Congo, while horrific, became so much of an international cause célèbre that it even has its own Hollywood dramatisation. And the growing politicisation of the aid industry and the cooption of aid agencies as “force multipliers” – part of military “hearts and minds” campaigns in places like Afghanistan – is concerning but hardly news.

It has also been some time since anyone thought wars were between two sides. That kind of thinking was abandoned by many aid agencies, for instance, in the 1980s, with the growth of complex aid operations and the humanitarian response to famine and war in Sudan and Ethiopia. Mary Kaldor’s “new wars” thesis appeared in 1999 and Mark Duffield’s seminal work on the merging of security and development practices and discourses, Global Governance and the New Wars, in 2001. These analyses recognised that in the post–Cold War world, state-based conflicts had been replaced by fragmented, multifaceted subnational conflicts that merged ethnic separatism, ideology, criminality, and proxy regional and great-power interests, and erased the distinction between civilians and combatants.

UNUSUALLY for a book dealing mainly with the political and economic drivers of conflict, Useful Enemies also considers the role of individual psychology. In what is perhaps the book’s most interesting chapter, Keen draws on often-disturbing interviews with rebels and soldiers in Sierra Leone, US conscientious objectors and military recruiters to show how shame, violence, power and prestige play interlinked roles in entrenching conflict. Military recruiters play down the infantilising discipline and hierarchy of military life and emphasise the promise of respectability and honour when they seek to attract young men and women from impoverished regions. Similarly, the power of the gun and the gang often stems from self-perceptions of low status, powerlessness and victimisation that can suddenly be reversed through violence, which helps to explain the brutality of conflicts such as the civil war in Sierra Leone. In the words of one aid worker, “when unappeased, violence seeks and always finds a surrogate victim. The creature that excited its fury is abruptly replaced by another, chosen only because it is vulnerable and close at hand.” By extension, Keen argues that the response of the United States to the 9/11 attacks in New York fell into this narrative of shame on a grander scale. The terrorists, according to George W. Bush, saw the United States as “weak,” “flaccid” and “impotent” – a shameful affront to American nationalistic masculinity that could only be rectified by war.

Stylistically, Useful Enemies is idiosyncratic. In attempting to be accessible to a non-specialist readership, Keen inserts personal reflections and experiences that don’t really serve to illustrate his points or advance the argument. Coming in the middle of a discussion of Darfur, for example, an anecdote about a friend who developed “green” vacuuming products seems injudicious. In distilling the lessons of a dozen protracted conflicts extending back to the English Civil War, the chapters sometimes read like a peripatetic and somewhat ad hoc tour of complex emergencies. This approach also means that Keen is unable to develop some of the local complexities of his arguments. The events described, presented in summary form, are not presented as being interesting in themselves but rather serve as an array of evidence for his broader themes about the economic, political and psychological interests that prolong conflicts. This piecemeal approach also means that some important historical trends in understanding conflict are missed. There is only limited discussion of how changing environmental conditions and sources of livelihoods – so much a component of Saharan conflicts – often underpin complex emergencies. Nor is there much discussion of the roles of men and women in conflict, even in the section on the psychology of violence, despite the gender basis of much of the extreme violence of ongoing conflicts.

Here in Mindanao, meanwhile, the rain continues and international donors are preoccupied by other priorities as the development gains of the past decade are destroyed. It takes ten years for a coconut tree – one of the main sources of local income – to reach maturity. In the meantime, amid the destruction of lives and livelihoods, there is fertile ground for new “opportunities” to arise: recruitment into the military–criminal nexus of the contending armed forces, “opportunities” to take indentured work overseas, with few if any rights or protections, and the economic “potential” for rezoning of mining areas or tourist resorts in what were once villages. Fundamentally, Keen is right. The problem is that this analysis is already well understood – not least by those who bear the greatest burden of war’s brutality. •

Tom Bamforth is an aid worker and Adjunct Research Fellow at the Swinburne Institute for Social Research. 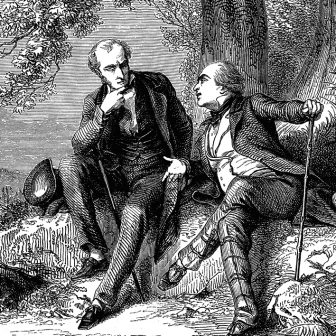 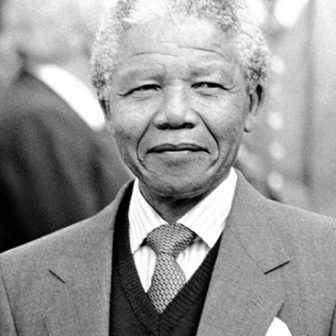 Books & Arts The art of disagreeing Jock Given 23 August 2021 “We should be civil with those we don’t know, and aim to know them well enough that we can be uncivil,” argues a new book 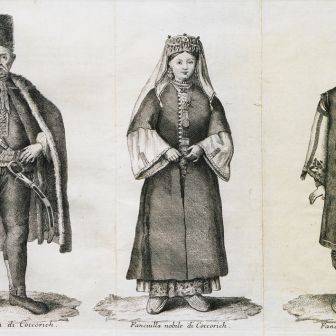 Essays & Reportage Friends with benefits Alecia Simmonds 2 August 2021 When and why did friendship slide down our hierarchy of relationships? 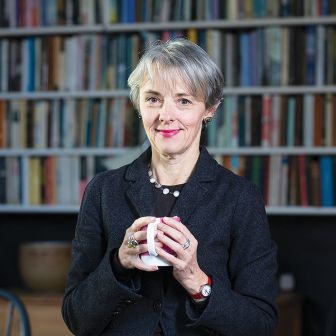 Books & Arts New tricks Nick Haslam 30 July 2021 We might not be able to change who we are, but we can certainly change what we do
Close

The current system of teacher education isn’t working for many students. Dean Ashenden looks at the alternatives, and their adversaries 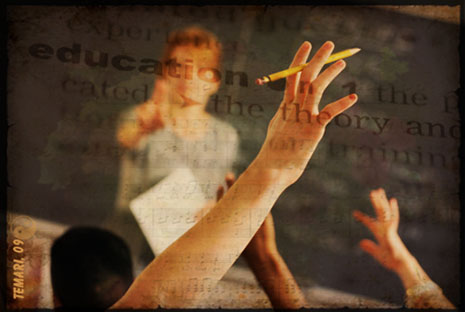