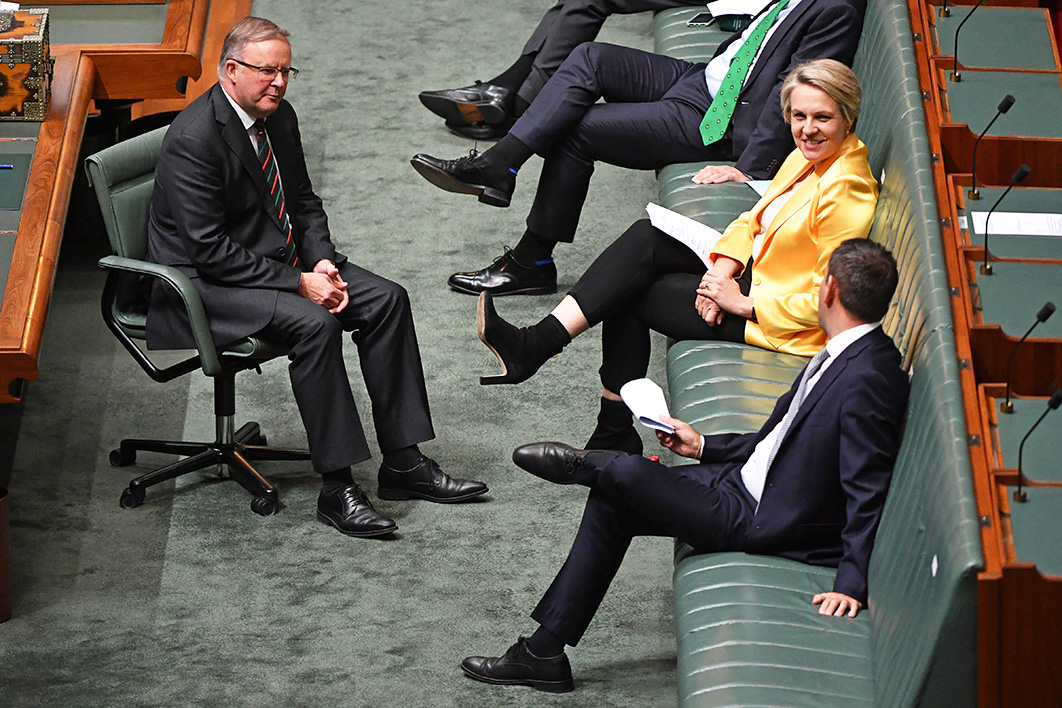 Astute observers of Antipodean politics will have noted that Covid-19 is great for incumbents at elections — or at least for the centre-left incumbents that reacted to the virus with a heavy hand and have so far enjoyed success in all but eliminating it. This side of the ditch, the complexion of the federal government hasn’t hurt either.

But what of those who don’t haven’t faced the voters this year? After eight-plus months of restrictions, the latest Essential Report reveals continuing goodwill for the prime minister and for all mainland premiers (they didn’t ask Tasmanians). Western Australia’s Mark McGowan clocked up a massive 87 per cent approval and New South Wales’s Gladys Berejiklian — ICAC problems all but forgotten — was in second place on 75 per cent. Victoria’s Dan Andrews, who was on 54 per cent before the state’s restrictions were lifted, registered 65 per cent on the weekend.

So Covid-19 seems to have been been good to Liberal and Coalition governments as well, though we don’t have actual ballot papers to prove it. On the other side of the chamber, it has proved more challenging for centre-right oppositions than centre-left ones. Yes, Labor leaders in Tasmania, South Australia and New South Wales seem more puny and relevance-deprived than usual against the turbocharged incumbents, but they’re not being dragged by their backbench, their wider support base and the ever-helpful News Corp cheersquad into saying very silly, unpopular things about borders and lockdowns.

In South Australia on Monday, for example, Labor opposition leader Peter Malinauskas was able to make a gesture of bipartisanship in response to the outbreak of cases there. We can imagine the reaction if his Victorian counterpart, Liberal Michael O’Brien, attempted the same: he would be flayed as a weakling, a socialist and a traitor — and that’s just on the front pages of the Herald Sun. Covid-crazy Liberal MPs would be in meltdown and shadow minister Tim Smith would be mounting a leadership challenge.

Parties in power usually possess the authority to withstand the urgings of a rabid base, but even Scott Morrison felt the need to indulge in partisan pot shots at Queensland’s government, because of this month’s election in that state, and at Victoria’s government because of, well, Dan Andrews. The socialist left Victorian premier is the bête noire of good Liberals around the country. But while the prime minister probably felt he had to fulminate in order to keep the ship afloat, treasurer Josh Frydenberg’s interventions were gratuitous and calculated to boost his own future leadership stocks. There wouldn’t be a single potential Victorian swinging voter who now wishes Andrews had opened up a month earlier, but the treasurer and the PM were performing for the party room and the wider Liberal movement.

While Essential has Scott Morrison on a healthy 66 per cent approval rating, Anthony Albanese registered an okay-for-an-opposition-leader 40 per cent. But Joel Fitzgibbon’s departure from the Labor frontbench last week has awakened a few leadership hares.

We are now eighteen months into this term of parliament, and if you subscribe to the theory that the next election is likely to be next year, we’re also approaching the traditional killing season. A few days after last year’s surprise federal election result, I suggested on these pages that “whoever is Labor leader at the next election should, all things being equal, have a better than even chance of becoming prime minister.” But keeping the job for three years would be a tall order, I added, and the smart move for someone with prime ministerial ambitions might be to sit out the post-election leadership contest.

Whether the first part of this equation still applies probably depends mostly on where we are with Covid-19 (and is, perhaps, a reason to believe in a 2021 poll). Will Albanese still be leader at the next election? Probably not, despite the post-2013 leadership rules; they can simply be overturned by caucus. Who would replace him? Fitzgibbon obviously fancies his chances, as does former leader Bill Shorten. Less preposterously, Chris Bowen might put up his hand. But the smart money would have to be on shadow treasurer Jim Chalmers or former deputy and current shadow education minister Tanya Plibersek — or even a combination of the two as leader and deputy. But in which order?

Plibersek, in parliament now for twenty-two years, has more experience and more political nous. She’s in the left faction and has a “left-wing” reputation but rarely says anything that particularly meets that criterion.

Chalmers is a Queenslander, the site of so much damage last year. And he is in the right faction and makes reassuring noises about the coal workers many in the party see as their road to salvation. Albanese has been accommodating the “back to the future” sections of the party who believe success lies in reconnecting with blue-collar workers, but that’s still where the pressure on his leadership is coming from. Chalmers’s perceived credentials fit that bill — which makes him not necessarily the best choice, but the most likely. •