Music | The jazz standard ain’t what it used to be, writes Andrew Ford. In the case of Bill Frisell’s new album, that’s definitely a good thing 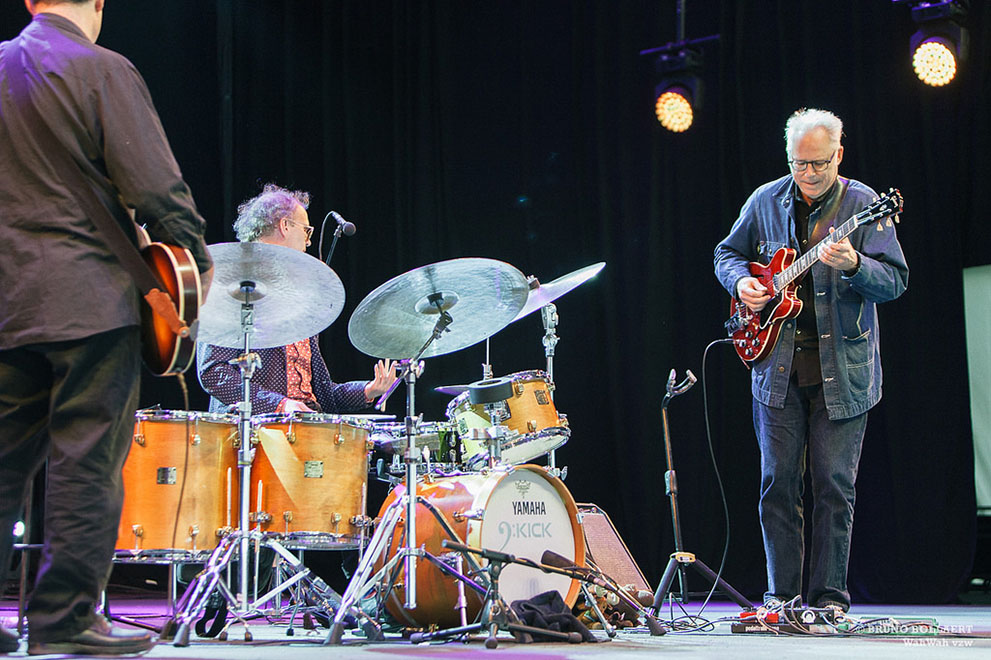 I’ve often wondered what makes a good jazz standard. I’ve wondered it aloud on The Music Show so many times that it has become my cliché question. But I keep wondering about it because the answer is elusive.

For a tune to be useful as a vehicle for jazz, it clearly helps if it is rich in harmonic potential. The chords need not be dense and chromatic, but the relationship of melody to harmony must at least be malleable. The famous standards from the great era of American songwriting in the 1930s and 40s fit this bill. They may not have been composed with jazz in mind, these Broadway (and Hollywood) tunes of Irving Berlin and Jerome Kern, Gershwin and Porter and Richard Rodgers, but they have lent themselves to jazz over and over again. It was a tradition that continued until the 1960s, as John Coltrane drew inspiration from songs in The Sound of Music and Mary Poppins. Besides musical theatre, the popular end of jazz also provided some standards: the songs of Duke Ellington and Billy Strayhorn are good examples; Hoagy Carmichael wrote a few.

But there’s more to this than musical possibility. The other thing that is essential for a song to qualify as a standard is ubiquity. Because it will be the jumping-off point for improvisation, it helps if the original tune is well known. It’s a point of orientation for the listener as much as the singer or player. The trouble is that however good those old tunes may be – and many of them are of immense quality – their greatest popularity is behind them. In jazz academies, students may continue to memorise the changes to “All the Things You Are” and “Autumn in New York,” “Lush Life” and “Stardust,” but the songs no longer feature much on the radio, let alone on the playlists in people’s phones. In this sense, they are far from standard.

It is hardly news that younger jazz musicians are looking elsewhere for material. Brad Mehldau has played tunes by Paul Simon and Oasis, Soundgarden and Radiohead. Particularly Radiohead. In fact, so popular is that band among jazz musicians (The Bad Plus, Robert Glasper and Yaron Herman are among those to have drawn on the Radiohead songbook) that you could be forgiven for thinking Greenwood and Yorke the new Rodgers and Hart.

But when it comes to reinventing the standard, guitarist Bill Frisell is in a league of his own. Frisell has always been unpredictable, combining restless enquiry with a deceptive musical charm. He has worked with a wide range of musicians, from a raft of ECM names, most notably Paul Motion – later together with Joe Lovano – to John Zorn, Elvis Costello and pop musicians of varying hues. Like his late colleague, the bassist Charlie Haden, he has also regularly veered off into country music and folk, sometimes in Haden’s company.

Frisell’s 1992 album Have a Little Faith included Aaron Copland’s ballet Billy the Kid, fragments of “The Saint-Gaudens in Boston Common” from Charles Ives’s Three Places in New England, Bob Dylan’s “Just Like a Woman,” an epic reworking of Madonna’s “Live to Tell,” John Philip Sousa’s march, “The Washington Post,” Muddy Waters’s “I Can’t Be Satisfied,” Victor Young and Edward Heyman’s “When I Fall in Love” (most associated with Nat King Cole) and the folk song “Billy Boy.” All America is here. Have a Little Faith is a cavalcade of music and history, and one of my favourite albums, not only for its sheer variety, but also for the seemingly mystical invention of its arrangements, featuring Guy Klucevsek’s accordion and Don Byron’s clarinet alongside Frisell’s guitar.

Frisell’s journey through popular (and unpopular) music of all kinds has continued. There was East/West, a compilation putting “Heard It Through the Grapevine” and “Shenandoah” alongside blues and country songs and standards by the likes of Gershwin and Henry Mancini, and All We Are Saying, an album of John Lennon tunes. And now there’s When You Wish Upon a Star, a disc that celebrates a childhood spent watching TV, with the themes from popular programs such as Bonanza and films including To Kill a Mockingbird, Psycho, Once Upon a Time in the West and The Godfather.

This is good standard material, there’s no doubt about it. There’s something incomplete about movie music taken out of its context in a film, and Frisell and his colleagues find new ways to finish it (the colleagues include violist Eyvind Kang and vocalist Petra Haden – Charlie’s daughter). As though to demonstrate this, the album begins with two tracks that offer contrasting approaches to the same bit of music, Elmer Bernstein’s innocent, folksy theme for To Kill a Mockingbird. But the other reason these tunes make good standards is that it’s music most people would recognise even if they couldn’t immediately identify it. It ticks the ubiquity box, at least for people of Haden’s generation.

It won’t last, of course; it can’t: ubiquity depends on shared experiences, and we no longer all watch the same TV shows and films. If we still require standards for jazz, younger generations will have to look elsewhere. But in the meantime When You Wish Upon a Star is Bill Frisell at his deceptively charming, enquiring best. •