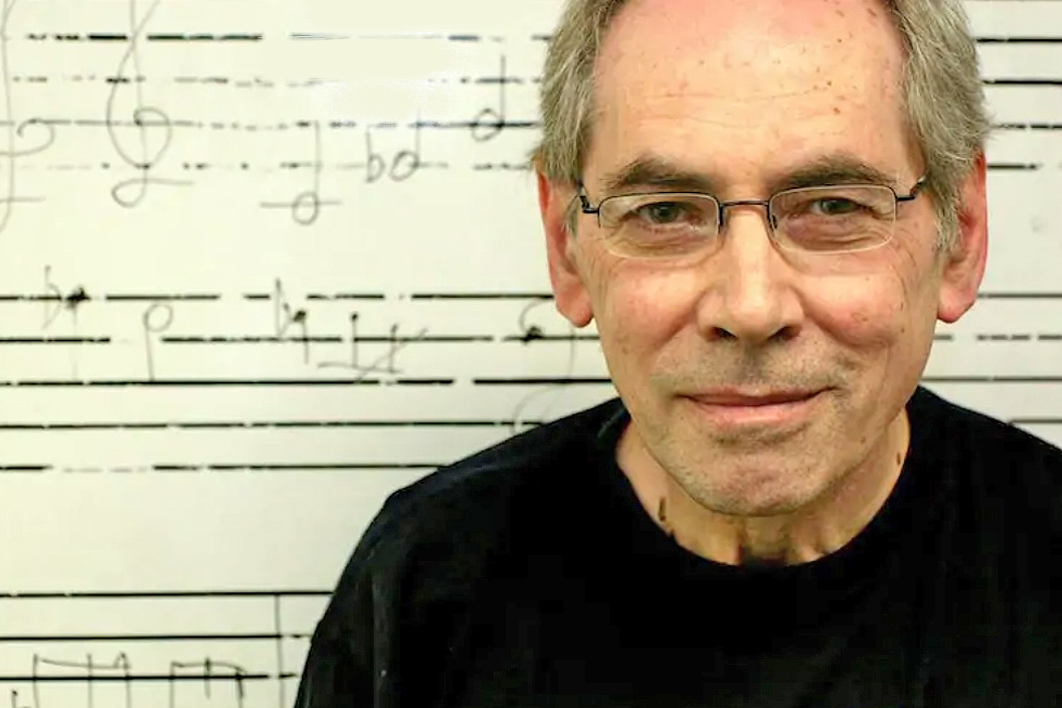 Albumblatt, the first piece on a new recording of music by the late Roger Smalley, is dedicated to me. I don’t tell you this by way of disclosing an interest, or even to brag, but so I can repeat a story that’s related in the sleeve notes.

Back in 1989, Smalley wrote this little piano piece by way of congratulations when I won a prize from the Australian Music Centre for writing about music. I recall he sent me a letter, telling me he’d done it, but he never sent the piece. Two years later, at a restaurant in Perth, he presented me with a score of his piano trio, hot off the press, saying, “This is what your piece turned into.”

Years later, two years after Smalley’s death in 2015, I received an email from the pianist Daniel Herscovitch asking if I knew where the music of Albumblatt might be. I didn’t, but another pianist, Adam Pinto, a former student of Smalley’s, unearthed a rough manuscript, edited it, and now here it is on the new recording, thirty years after I was first told about it. (And it’s beautiful. Thank you, Roger.)

That mixture of generosity and forgetfulness was completely typical of Roger Smalley. I’ve never known anyone more devoted to music — his and others’, new and old — but the devotion frequently claimed his whole attention, distracting him from the practicalities of daily life. In his last years, by which time he was in the grip of Parkinson’s disease, music could have a galvanising effect on him when little else did.

Such creative assiduity might suggest single-mindedness, but Smalley’s own music, though unfailingly rigorous in design and execution, was always warm and humane. It was also stylistically varied.

Born near Manchester in 1943, Smalley grew up in postwar England at a crucial moment for music history. Continental neoclassicism and post-Romantic pastoralism had been the prevailing styles of concert music in the years leading to the second world war. After the war, young composers came to think of that music as somehow culpable, and sought a new beginning in the form of a rigorous systematising of the compositional process.

Smalley was a gifted pianist and his talents took him to the Royal College of Music in London. As a composer, he was quick to embrace new ideas (not that the college itself was much use in that regard). He was initially drawn to the music of fellow Mancunian Peter Maxwell Davies, later coming into the ambit of Karlheinz Stockhausen. His music of the 1960s and early 70s bears the hallmarks first of one, then of the other. By 1974, he was an established figure in the European avant-garde, and his reputation earned him an invitation to visit the music department of the University of Western Australia.

You might have expected this European modernist to find mid-1970s Perth intolerably provincial, but Smalley felt at home. He looked at the droves of ordinary music lovers going to classical concerts and felt a kinship with them. Perhaps he recognised his younger self queuing to hear John Barbirolli’s Hallé Orchestra in Manchester. It dawned on him that he wanted to address a wide audience rather than a new-music coterie (which Perth didn’t really have), and in 1976 he accepted the offer of a full-time job at the university.

Because he was such a fine pianist, he found himself playing chamber music with other Perth musicians — not new music, but Schubert, Schumann and Brahms. The music of these and other nineteenth-century composers was well known to Smalley from his youth, and his reimmersion in their world now began to affect his own creativity. My little Albumblatt, for instance, is an elaboration of a few bars from near the end of Chopin’s Mazurka in A-flat Major, op. 59, no. 2.

There was nothing nostalgic about Smalley’s borrowings, and still less was it a form of postmodernism — he would have hated that suggestion. If the materials of his work could sometimes now be tonal in harmony and Romantic in provenance, his method of working with them was as rigorous as ever.

Method was important to Smalley, style less so, and this made him the best of teachers. He didn’t mind what sort of music you wrote, so long as it had integrity, and it speaks volumes that his former students include both Cat Hope, whose dark, noisy and conceptual music involves improvisation and graphic scores, and Iain Grandage, who is equally at home composing for the orchestra and the theatre (Cloudstreet, The Secret River) and conducting arrangements for Tim Minchin and Kate Miller-Heidke.

Some of Smalley’s music can be heard on two recent recordings, Roger Smalley: Piano, Vocal and Chamber Music and Transformation: Music for Percussion, Piano and Electronics. The former contains mostly work composed in Australia, the majority from Smalley’s final decade, and includes his beautiful song cycle about cats, Nine Lives, in a radiant performance by Taryn Fiebig. Smalley composed so little vocal music — this is his only work for voice and piano — and yet he was evidently a master of the genre. The latter recording features two pieces for piano and electronics composed in the decade before he arrived in Perth. Both discs include one of his final pieces, the Morceau de concours, written as a test piece for the 2008 Sydney International Piano Competition and played here by Herscovitch on the first album, Pinto on the second.

Smalley’s music spans fifty years, and between them these discs offer an overview of his work. But if you are expecting a sudden jolt in the late 1970s, following the composer’s move to Perth and rediscovery of nineteenth-century chamber music, you will be surprised by how seamless it all is. Smalley’s music hangs together as a body of work. The simple diatonicism of the first song in Nine Lives (2007) is, on one level, a world away from his Monody (1972) for piano and live electronic modulation. But there’s more to this music than the outward trappings of style.

Indeed, there is style and there is style: the first conscious (like musical dress-up), the latter unavoidable (like fingerprints). With some composers, the second kind of style is an idiolect. Stravinsky, for example, is recognisably himself composing the early Russian ballets, the neoclassical works of his middle period and the austere serial pieces of his final decade. Smalley’s fingerprints are not like that. You don’t hear a few bars of one of his works and think, “Ah yes, Smalley!”

You do, however, rapidly sense that this is important music, that it needed to be written (even the cat songs), and that it would be hard to change a note without diminishing the composer’s achievement. There are not many composers about whom you could say that. •

What Ada Lovelace can teach us about digital technology

Extract | How collaborative work can be liberating and effective 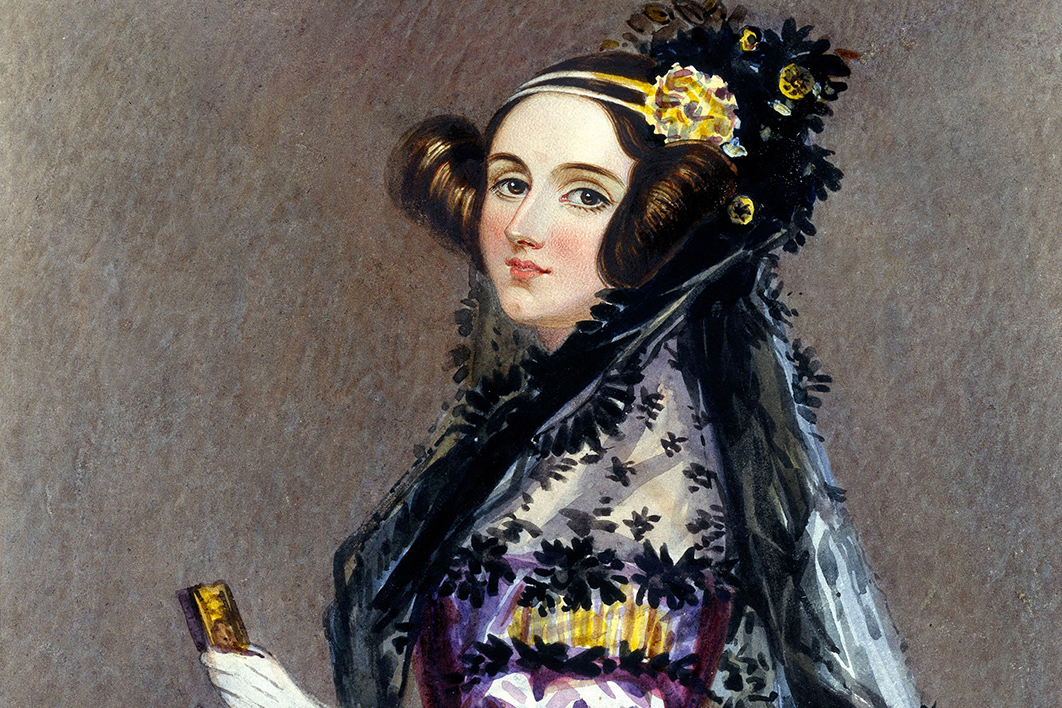