Running with the pack

No choice? NSW premier Gladys Berejiklian talks to journalists after she intervened to allow horse racing advertising to be projected onto the sails of the Sydney Opera House. Ben Rushton/AAP Image 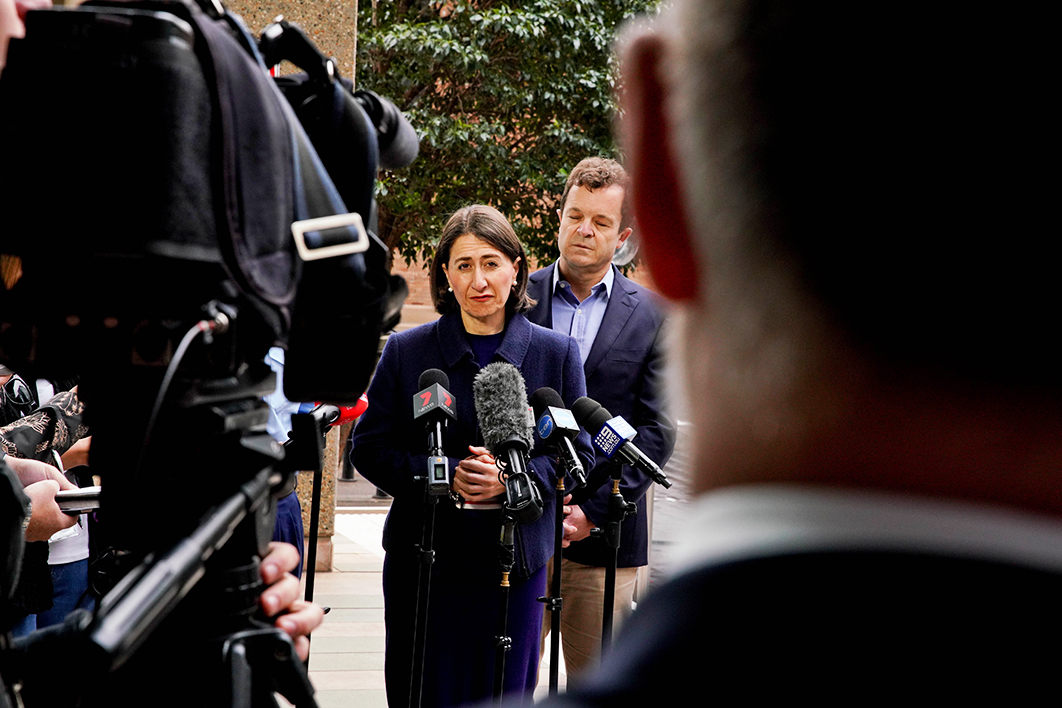 No choice? NSW premier Gladys Berejiklian talks to journalists after she intervened to allow horse racing advertising to be projected onto the sails of the Sydney Opera House. Ben Rushton/AAP Image

You’re NSW premier Gladys Berejiklian, and on Friday you get a blistering phone call from Sydney radio announcer Alan Jones demanding you order the Sydney Opera House to advertise a racing carnival on its sails. Perhaps he threatens to campaign against you day-in and day-out until the election in five months or, even worse, tear down your leadership before then. It’s entirely possible — who knows? — the words “you saw what we did to Malcolm” were uttered.

The opinion polls are close. That morning the Daily Telegraph had run a page one screamer and an editorial (“Opera House for All — Not Elites”). And so you opt for the path of least resistance. One less headache between now and polling day.

The power of Jones to influence voters is vastly overrated. But as we saw last month, he and the gang he runs with — fellow radio spleen-machine Ray Hadley, Sky News After Dark and the News Corp newspapers — can influence events inside the Liberal party room. Jones doesn’t phone voters, but he does call and text MPs.

Yes, Berejiklian’s capitulation was craven. But on a human level it was perhaps understandable. Maybe her predecessor Mike Baird wouldn’t have done it, but he was totally secure in his job and enjoyed much friendlier opinion polls.

Prime minister Scott Morrison soon endorsed the decision, declaring it “just common sense” and adding, “I would put the Bathurst 1000 on the Harbour Bridge if I thought it was going to get more people there.”

Our studiously daggy bloke-next-door prime minister’s template, no doubt, was the one that has hand-wringing “elites” out of touch with the masses. But that construct is clumsily misapplied more often than it is appropriate. In this case, it assumes that “ordinary” Australians avidly follow the “sport of kings” and breathlessly await an event few have ever heard of. (It’s called the Everest Cup, apparently.)

Quicker than ScoMo in delivering a thumbs-up was state opposition leader Luke Foley. Foley might come from the left faction but his approach to politics is pure Sussex Street: seeing voters as a caricature of 1950s Australia, a sea of battlers in Sunday suits with their schooners of beer, ciggies and form guides.

At least Foley was asked what he thought. Senior federal MP Antony Albanese had to phone the ABC to give his support, saying that “people should chill out a bit.”

Two members of federal caucus have positioned themselves as go-to candidates in the event that Labor leader Bill Shorten’s job becomes available before the 2019 election. One is former treasurer Wayne Swan. Don’t laugh. Okay, he “chose” to stand aside from preselection, but that can be undone.

Last week Swan gave a speech about the “the need to stand for something.” Imbued with the current “populist” zeitgeist, it was a call to the barricades and included this mind-boggler: “Selling a platform for a better society involves more than winning elections, it involves winning arguments. Over many years.”

In reality, incumbency is the best place from which to win arguments. On that score, Swan, all nervous, shrivelled communicator and tin-eared political judgement, was the unsung villain of the Rudd–Gillard–Rudd show. Having failed for decades to insert himself into the public consciousness as a possible leader, he has, since the 2013 leadership election changes, been focusing on the more impressionable Labor membership, with much success.

All that fulminating against “trickle-down economics” and “neo-liberalism,” the cultivated Keatingesque iconoclasm, got him the presidency, and in a membership vote for the parliamentary leadership he would win in a canter.

The other, more obvious wannabee is, of course, Shorten’s opponent of five years ago, Albanese. Back then he won 60 per cent of the membership vote but only 36 per cent of caucus.

In June, Albanese’s Whitlam oratory was widely and reasonably seen as a subtle leadership play. Swan’s Sanders-like contribution last week can be viewed partly as a repudiation of Albanese’s vision, which was comfortingly centrist in tone, hailing the Hawke–Keating economic reforms (called “economically rationalist” at the time, which “neo-liberal” seems to cover these days) and espousing bipartisanship.

Albo is also of the left, but ingratiating oneself with political enemies is classic NSW right shtick, and for a while he seems to have been energetically courting Sydney’s nastiest newspaper editors and radio announcers.

Shorten will be difficult to shift, but if a meaningful improvement in the Coalition’s voting-intention numbers arrives, so too will the we-can’t-win-with-Bill mantra, particularly from Albo’s home state. The challenger will presumably have the aforementioned newspapers and broadcasters in his corner.

Kevin Rudd used to slavishly court News Corp, even back when he tried to take the leadership from Kim Beazley. (We now know he was in contact with the Australian’s editor-in- chief, Chris Mitchell, about Newspoll’s preferred-Labor-leader questions during Beazley’s final days in 2006.) These days, Rudd blames News Corp for his demise and wants as royal commission into the future of Australian media ownership.

Events in Canberra in September showed that the media gang can, through internal machinations, destroy a vulnerable leadership. But there is no guarantee their preferred hopeful will get up.

In the case of Labor, it’s easy to envisage that stopping another candidate with News Corp’s overt backing could become a matter of principle. Once bitten, twice shy. •

Books | What explains the curious persistence of the Myers–Briggs personality test?

From single-mindedness to pragmatism: Katharine Briggs and her daughter Isabel. 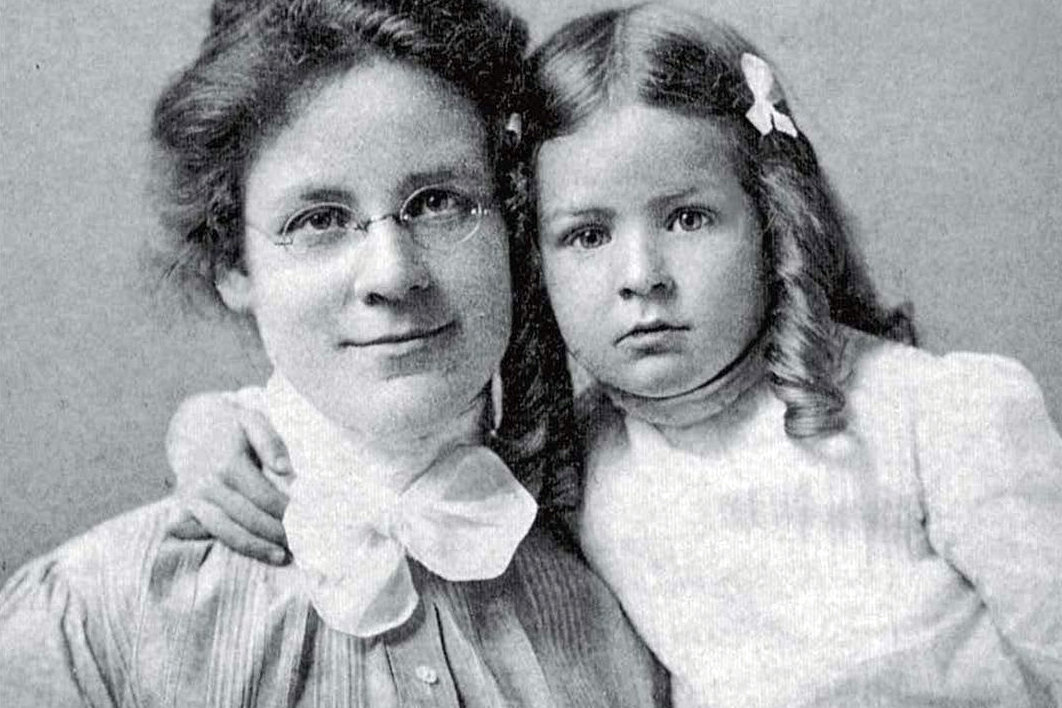 From single-mindedness to pragmatism: Katharine Briggs and her daughter Isabel.