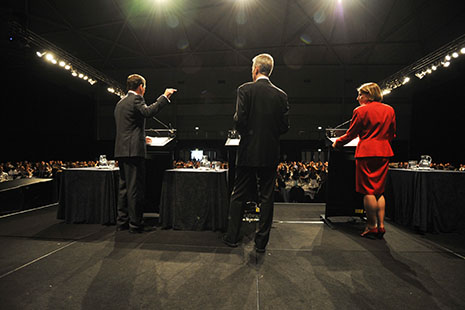 QUEENSLANDERS will have a chance to pass judgement on the Bligh–Beattie Labor government at the polls on 21 March – and to respond to the newly minted, hybrid conservative Liberal National Party led by Lawrence Springborg, out for his third trot around the paddock seeking the Sunshine State premiership. If she can hold off the LNP challenge during a global financial crisis while presiding over a chronic deficit in state-wide infrastructure, Anna Bligh would become the first woman elected to office as a state premier. How different is Queensland from the rest of Australia in 2009? And how divided between south-eastern urbanites and more traditional rural and regional voters? Brian Costar, Professor of Victorian Parliamentary Democracy and director of the Democratic Audit of Australia at the Institute for Social Research at Swinburne University, tells , even with an aggregate 8 per cent swing required to change government, it could be a close-run thing.