With third parties playing a big role, this weekend’s votes in Melbourne and South Australia are unusually hard to pick 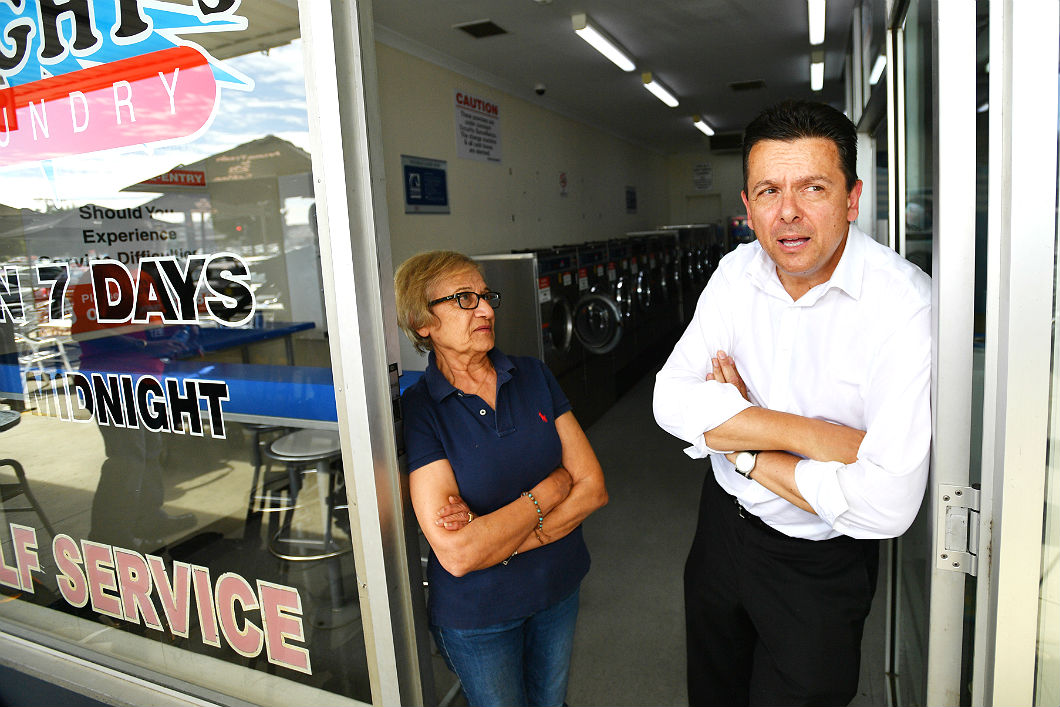 Super Saturday — a federal by-election in Batman and a general election in South Australia — is upon us. Both sit in the unpredictable category, but for different reasons.

The Greens are hoping to snatch inner-Melbourne Batman from Labor. At the 2016 election, Labor’s David Feeney limped back in with 51 per cent of the two-candidate-preferred vote, assisted by Liberal how-to-vote cards. There’s no Liberal candidate this time (bad for Labor) but also no Feeney (good for Labor). Instead, the party’s candidate is ACTU president Ged Kearney, a much better fit for this electorate. She faces Greens candidate Alex Bhathal, who has been battered by leaks from her own party.

That’s already plenty of reasons for uncertainty. But Batman is impossible to predict mostly because it’s a by-election. By-elections are often important to the parties — this one very much so, because once the Greens take an electorate from Labor it can be difficult to retrieve. But to most voters they are Seinfeldian: elections about nothing. Certainly nothing as significant as who will form government. And so they are susceptible to the influence of the latest gust of… well, froth, inanity, urgings to “send a message” to someone.

North Queensland’s Adani mine has reportedly been the big issue. Distant and feel-good, symbolic of rapacious capitalism trashing the environment, it could easily be pushed aside if something else pulls the heartstrings — like Labor’s plan to end dividend-imputation tax refunds, for example. The timing of Labor’s announcement was surely no coincidence, although leader Bill Shorten’s rushed assurance that pensioners won’t be worse off turned it into a bit of a bungle.

According to the Guardian, Labor’s own polling reveals a close contest. But after the Greens’ surprise win in last November’s state by-election in Northcote (which sits inside Batman), the attention paid to opinion polls has been seriously reduced.

Further back, in 2012, a by-election in the state seat of Melbourne produced another shock victory — for Labor that time, via the rare sight of the Greens topping the primary vote but the ALP prevailing after preferences. First-preference opinion polling had been in the ballpark but observers had been unaware of, or didn’t take into account, other candidates’ Labor-friendly how-to-vote cards. (The most important were those of the Sex Party candidate Fiona Patten.) The Victorian Electoral Commission, like its federal counterpart, doesn’t register how-to-vote cards, so they couldn’t generally be examined in advance.

Back in Batman, the betting markets, which reflect general expectations, strongly favour the Greens. I reckon 50–50 is a better assessment. That’s another way of saying it’s unpredictable.

A few hundred kilometres due west, South Australia’s general election will determine whose hands sit on the tiller for the next four years. The insurgency of Nick Xenophon’s SA-BEST — itself a symptom of lack of enthusiasm about the major parties — makes it a terribly difficult election to read.

The sixteen-year-old Labor government, led since 2011 by Jay Weatherill, shouldn’t really still be in office. At only one of its four victories has it actually won the statewide two-party-preferred vote — despite this being the one Australian jurisdiction that requires its electoral authorities to set boundaries to ensure, as much as possible, that the winner of the statewide vote wins the most seats.

The state boundaries commission failed most egregiously at the 2014 poll, when the Weatherill government survived with just 47 per cent after-preference support across the state. That vote-for-seat equation wasn’t a surprise: the pendulum produced by the commission during its most recent redistribution had predicted such an outcome from such a vote. This time it has not repeated that particular blunder, and the pendulum shows, on paper at least, the government needing a 3 per cent swing to retain its majority.

After the unfair 2014 result, the Labor government’s stocks recovered, and it even hit the lead in several polls. The 2013 change of federal government (from Labor to Coalition) assisted Labor counterparts around the country (just as the 2007 change helped conservative ones). But that dynamic was supercharged in South Australia, with its vulnerable car and submarine manufacturers, and state Labor came to be seen as a bulwark against an aggressively unsympathetic federal government. The federal-versus-South Australia renewable energy battle and the regular grumbling from Western Australia about the distribution of GST revenue also assist the incumbent.

Whether SA-BEST takes any House of Assembly seats, and if so how many, is one unknown. The larger one (particularly given the decline in SA-BEST support in opinion polls) is the proportion of SA-BEST’s preferences that each side, Labor and Liberal, will receive.

Conveniently, South Australia’s electoral commission does register how-to-vote cards, so we know that SA-BEST is not recommending preferences in any of the thirty-six lower-house seats it’s contesting (out of a total of forty-seven). Instead, its cards just show a “1” next to its candidate and the other squares are empty, with a reminder to voters to fill them all in.

It is difficult to determine, via polling, where SA-BEST’s votes will come from and how its preferences will flow. Adding to the uncertainty is the tendency of electors not to value preferences as highly as primary votes. So, for example, a person who would vote Labor if SA-BEST were not on the ballot paper might, after putting a “1” next to SA-BEST, not necessarily place Labor second. Unpredictability upon unpredictability.

Working the other way, the major parties’ how-to-vote cards will strongly influence SA-BEST’s chances of success. The Liberals are “preferencing” (that is, recommending) SA-BEST ahead of Labor in thirty-three electorates, Labor ahead of SA-BEST in two and splitting the ticket in one (the seat Xenophon is contesting, Hartley). Labor is preferencing Liberals ahead of SA-BEST in seventeen, SA-BEST in front of the Liberals in eighteen, and offering one split ticket (also Hartley).

There’s more. South Australia has a “ticket” system for its lower house (also unique in the country) to catch votes that would otherwise be informal because not all squares are numbered properly. Parties and candidates can tell the commission how they would like such votes’ preferences to be distributed. These tickets are kept hush-hush (partly because their very existence is kept quiet so as not to encourage people to just vote “1”) but they will, presumably, replicate the order on the how-to-vote cards.

One last technical matter. Parties and candidates are able to lodge two tickets in each electorate if they wish, in which case half their votes are distributed according to one and the other half according to the other. So we can guess that SA-BEST will send half its preferences to Labor and half to Liberal. And SA-BEST’s card itself is likely to encourage a relatively high proportion of incomplete ballots with a “1” next to that party.

It used to be said that a major ingredient of SA Labor premier Don Dunstan’s success was the rich timbre of his voice. Jay Weatherill doesn’t enjoy that attribute, but he does possess a certain quiet assurance in voice and demeanour. Liberal leader Steven Marshall, who survived a full term as opposition leader (in fact, opposition leaders seem less dispensable across the country than they did five years ago), is something of a nonentity who hardly sets pulses racing. In other words, he’s like most opposition leaders, including the successful ones.

In those thirty-six seats with SA-BEST candidates, the electoral commission will have to nominate beforehand which two candidates to include in the final, two-candidate-preferred count. In some seats, when they realise after a few hours they guessed wrong, we’ll only have first-preference results at the end of the night. Over on ABC TV Antony Green might try to estimate preference flows, but with no historical record to go on that would be hit and miss.

If the result is clear on Sunday morning, it’ll probably mean a combination of a Liberal victory and a poor showing by SA-BEST.

Those SA-BEST preferences could fly everywhere. That’s why, as in Batman, the fact that we don’t know what the outcome will be doesn’t mean the result, when it arrives, will necessarily be “close.” A range of outcomes is possible. ●

A preference for the unknown in South Australia

A close result seems increasingly likely this Saturday, and that means preferences will again be vital 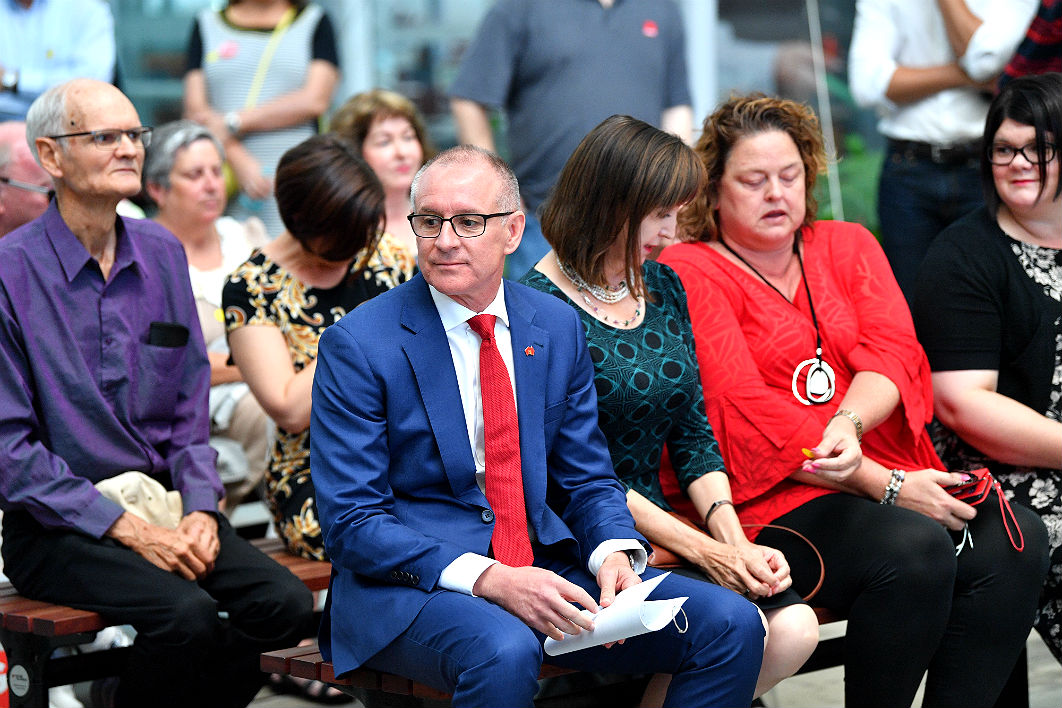