Taking the pain out of the carbon transition 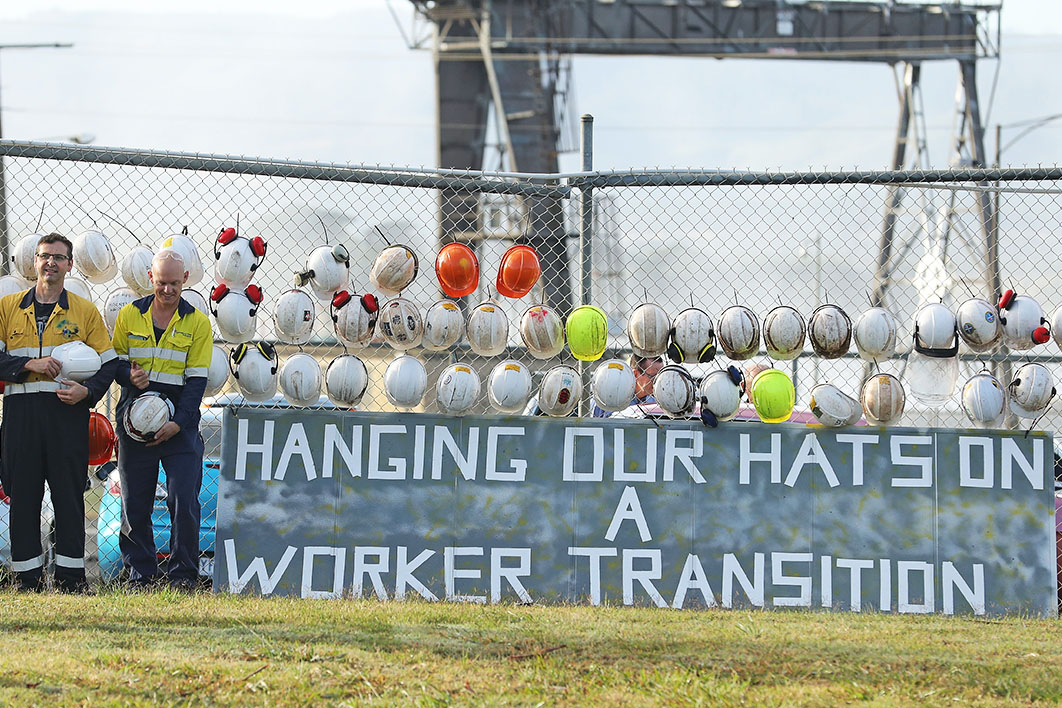 It is twenty-nine years since Ros Kelly, environment minister in the Keating government, signed the UN Climate Change Convention at the Rio de Janeiro conference.

“There is no greater potential problem for the world than greenhouse-induced climate change — particularly for Australia and for our region,” she said at the time. Since then, the potential has turned to reality while governments have dithered and slithered to avoid serious action. And nowhere more so than in Australia.

Two and a half years ago, the Morrison government went to an election still refusing to contemplate the reality of inevitable changes in energy use. It was far too busy proposing subsidies for new coal-fired power stations, approving new coalmines and running a scare campaign against Labor for threatening the jobs of coalminers. There was no policy on transition: it was coal and gas forever.

As slippery as he was on these questions during the campaign, Bill Shorten did promise to create a Just Transition Authority — an independent body working with companies, employees, unions, local communities and state governments on economic diversification, pooled redundancy schemes, and labour adjustment packages for regions affected by the closure of coal-fired power stations. But he gave no further detail and no commitment to funding beyond establishing the authority. The Greens promised something similar but added that their Clean Energy Transition Fund would have a total of $1 billion to spend.

Two and a half years later, promises of new jobs are raining down on fossil fuel workers like confetti. Earlier this month the Business Council of Australia said that moving to net zero by 2050 will create 195,000 jobs by 2070. Then it went one or two steps further and joined the Australian Council of Trade Unions, the Australian Conservation Foundation and the World Wide Fund for Nature in promoting the prospect of 395,000 jobs by 2040 if we build export industries in clean hydrogen, batteries and other areas. Take your pick — that’s either one and a half or three times the estimated 133,000 jobs now in fossil fuels in Australia. Are there any further bids?

Workers are entitled to be sceptical. Before the last election, the BCA said Labor’s policy of a 45 per cent reduction in emissions by 2030 would “wreck” the economy. Now it is advocating the same policy and says this is the one and only true road to prosperity.

New industries will certainly create opportunities, but not automatically. The NSW government’s announcement of five renewable energy zones has attracted serious investment. The first to go ahead is in the central west of the state, where the government received bids from the private sector for twenty-seven gigawatts of electricity worth $38 billion — nine times the generating capacity planned by the government. Andrew “Twiggy” Forrest has the resources to make good his proposals for green hydrogen manufacture in Gladstone in Queensland and the Illawarra and Hunter in New South Wales, even if there is a long way to go to turn them, and the jobs that go with them, into reality.

The labour market is dynamic, with jobs constantly disappearing and being created. The monthly employment and unemployment figures hide much of this movement because they capture only the net result of the change. And the phasing out of fossil fuels will be gradual, spanning decades, albeit with bumps along the way.

The Australia Institute’s Jim Stanford points out that his estimate of 133,000 fossil fuel jobs represents only about 1 per cent of the Australian workforce, and that proportion is already declining. The largest component is the 52,000 jobs in coalmining, followed by 33,000 in that portion of electricity supplied by fossil fuels, 28,000 in oil and gas extraction, 12,000 in gas supply and 8000 in coal and petroleum refining. Half of these jobs are located in or near capital cities — in companies’ head offices, in technical and professional roles, and in manufacturing and distribution — rather than in rural Australia.

In any one year in recent times, the economy has created twice as many new jobs as exist in fossil fuel industries. But particular regions are disproportionately affected. In six communities in Queensland, four in New South Wales and one in Western Australia, around one in nine jobs are in fossil fuels. Even then, Stanford points out, a similar number of people in each of those communities work in healthcare and social services.

None of this guarantees a smooth or fair transition, of course. Few miners and employees of coal-fired generators can expect to finish their old jobs one day and turn up in renewable energy or other industries the next, let alone with comparable pay and conditions.

Luckily, we already have experience in handling these kind of disruptions. Despite the suddenness of the French owner’s decision to close Victoria’s Hazelwood coal-fired generator in 2017, a series of initiatives cushioned the blow. The Victorian government created a support package that helped workers move to other power stations in the region or obtain jobs in mine rehabilitation, and established the Latrobe Valley Authority to fund a series of development and job creation initiatives. The unemployment rate in the Latrobe Valley actually fell from 9 per cent before Hazelwood closed to 6.5 per cent three years later. This success came at a cost to government budgets: the state committed $690 million and the federal government $43 million.

Other positive examples, and on a much larger scale, come from overseas. Before it started its long-term decline, Germany’s Ruhr Valley employed almost 500,000 coalmining workers. In 2007 federal and state governments, unions, the coal company and community representatives reached agreement to end subsidies for coalmining by 2018 and gradually close the mines. No redundancies were forced, but retraining and redeployment were strongly supported. Governments built new universities and technical colleges, funded environmental restoration projects and encouraged new business clusters, technology parks and cultural precincts. Unemployment remains higher than in the rest of Germany but much lower than it might have been in the absence of the orderly phasing out of coalmining.

Germany’s experience stands in sharp contrast to Britain’s, where laissez-faire policies largely ruled. Former coal regions in England, Scotland and Wales are now among the most deprived, with higher unemployment, poorer health and 50 per cent more people claiming the disability living allowance than in the rest of the country.

The assurances of a long-term role for coal and gas offered to the National Party by emissions reduction minister Angus Taylor — industries he says have “a great future” — put Australia where Germany was in the 1980s, before it accepted the reality of coal’s decline and started seriously planning.

But nor are promises of new industries enough, economically or politically. The successful precedents suggest that major policy and financial commitments are required from governments. The question is whether a federal government inclined to a hands-off approach (other than during Covid emergencies) is willing to step up.

The ACTU argues that the orderly closure of coal-fired power stations must involve no forced redundancies; lengthy and enforceable notice periods, such as AGL’s five-year notice of the closure of the Liddell plant; retraining schemes; and government support for economic diversification via investment in new infrastructure, education facilities and other initiatives. The rehabilitation of power stations and associated mines can also be a significant source of employment.

Most important of all for displaced workers are good wages and working conditions, which often have not been available in renewable energy.

Lest the Morrison government baulk at implementing union recommendations, substantial common ground can be found on these issues. “To believe that the market will be the sole solution to Australia’s decarbonisation is foolhardy,” says the Blueprint Institute, a think tank established by Liberal moderates that characterises itself as generally pro-market.

Blueprint argues that adaptation authorities should be created in coalmining and power-generating areas as a means of empowering local communities. They would each receive an initial $20 million from the federal government and continuing funding through 5 per cent of coal royalties collected by the states. Based on 2019–20 figures, this would raise $259 million a year, including $175 million in Queensland.

Like the ACTU, Blueprint favours requiring companies to give lengthy notice of closures, together with detailed planning for future investment and employment. It proposes income insurance for the first six months of unemployment to give employees the economic freedom to find high-quality jobs. This would be a variation on the social insurance schemes widely used in Europe and other developed countries that guarantee employees a large proportion of their previous incomes if they lose their jobs.

If the government isn’t prepared to make commitments on this scale, it will create an obvious opening for the opposition. Labor is holding much of its fire, with the aim of directing maximum attention to the government in the lead-up to the Glasgow COP26 gathering. So far it has promised a National Reconstruction Fund with $15 billion in capital to help fuel a private sector revival of manufacturing, including in regional areas and renewable energy. Shadow climate change minister Chris Bowen has announced a $10,000 subsidy for each of 10,000 apprenticeships for jobs in renewable energy industries and another $10 million for a new energy skills program.

Bowen is also pushing for approval of offshore wind farms, which operate on a much larger scale than those on land and can, he says, provide tens of thousands of jobs, including in areas where coal-fired generators will be phased out. He promises Labor will “have much more to do and much more to say” on climate change policy.

The 2015 Paris agreement required signatories, including Australia, not only to develop ambitious targets to decarbonise their economies but also to take into account the “imperatives of a just transition of the workforce and the creation of decent work and quality jobs.”

Some countries have taken this seriously. The European Union has established a Just Transition Mechanism that is using a combination of grants and loans to mobilise no less than an anticipated €65–75 billion (A$102–118 billion) on a range of measures, including funding jobs in new sectors and providing training and other help to investors and businesses.

From what we know, Scott Morrison will be going to Glasgow without meeting the Paris agreement’s requirements on either score. Such a move would hasten the removal of climate policy from the government’s hands. Companies and investors would continue to withdraw their support for fossil fuels and look elsewhere to invest in renewable opportunities. Major trading partners could be expected to act on their threats to tax our exports for their emissions component. And our economic transition would be much more painful and disruptive than it needs to be. •

The Magician’s many guises 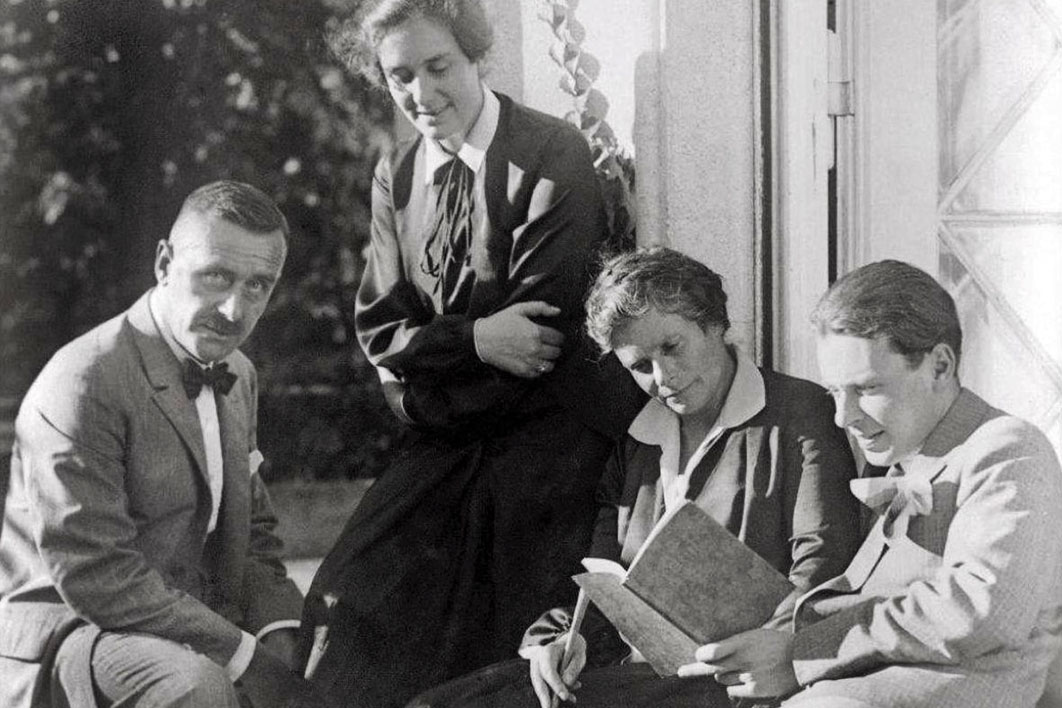