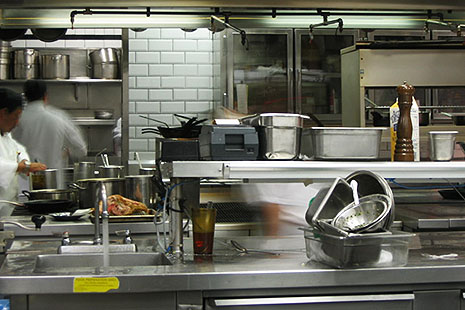 Something amiss: the number of visa applications lodged by the accommodation and food services industries quadrupled in two years. Megpi/Flickr

LAST MONTH the leader of the United Kingdom Independent Party, Nigel Farage, was criticised for hiring his German wife as his secretary. Farage, whose political stock-in-trade is anti-migrant rhetoric and Euroscepticism, frequently claims that foreign workers are taking British jobs.

Asked if this wasn’t also true of his wife, he replied: “No, because I don’t think anybody else would want to be in my house at midnight, going through emails, getting me briefed for the next day. Nobody else could do that job. I don’t know anybody who would work those kinds of hours.”

Farage’s office was quickly flooded with job applications from people willing to be paid to do just that.

Beyond the hypocrisy, this story encapsulates much of the contentious debate over migrant workers. Over the past two decades, the proportion of migrants working in OECD countries has increased substantially, and they are now an integral part of the labour market.

In Australia, the 457 visa program has been the focus of debate. In many respects it is among the best-designed programs of its kind, but opportunities remain for exploitation and abuse.

At the end of 2013, about 100,000 holders of 457 visas were working in Australia, and between them they had around 70,000 dependants. More than 30,000 Australian businesses, universities, government agencies and not-for-profits employed 457 visa holders, and even the odd union has used the program in the past. They staff hospitals and clinics, work on mine sites, carry out research, administer offices and cook meals.

Since the 457 category was introduced in 1996, temporary migrant workers have become an integral part of the migration program and labour market. Yet public anxiety about the program remains high, encouraged both by political opportunism and by media coverage of abuses perpetrated by a small minority of employers who find ways to exploit the system.

Now, previously unreleased evidence from a comprehensive survey of 457 visa holders, together with information provided by the immigration department to Senate estimates, can help give us a better understanding of how the 457 visa program operates and where the true problems lie. The timing couldn’t be better: the Abbott government has commissioned another review of the integrity of the 457 program, which is due to report on 30 June.

What this new information reveals about the 457 visa program is emblematic of Australian public policy in general. In large measure the program meets its objectives, but at the margins there are issues that need to be tackled.

In the survey of visa holders, carried out in 2012, 76 per cent of respondents reported that they were satisfied with their current wages and 88 per cent were satisfied with their employer. Only 5 per cent of migrants thought their employer breached obligations under the program. These results counteract the impression that all temporary migrants are powerless and exploited in the workplace and support business claims that the vast majority of employers do the right thing.

But immigration programs should also be judged by what happens on the margins, to those who are vulnerable. And the best proxy for vulnerability is income. For some time the department has reported average salaries in a detailed statistical breakdown; the 2012 survey confirmed departmental statistics that show a median salary for 457 visa holders of between $75,000 and $80,000.

Unlike the departmental data, though, the new survey data allows for a more detailed income breakdown. It shows, for example, that 11 per cent of 457 visa holders surveyed had a salary equal to or below $50,000. This is right on the edge of the “salary threshold” – the minimum salary payable under the scheme – at that time, which was $49,330. (The salary threshold exists because temporary migrants are denied most kinds of government support, including Medicare, and must be paid a sufficient sum to support themselves.) It’s true that the majority of employers paying migrants $50,000 or less are likely to be complying with program rules because migrants who arrived in periods when the income threshold was lower were included in the survey. But it seems almost certain that some workers within this cohort are being underpaid.

Perhaps more concerning is the fact that 21 per cent of those surveyed did not receive any pay increase after working for longer than twelve months, and this is most evident at low-income levels.

Percentage of 457 visa holders without a pay increase, by months of employment

Of those surveyed who earned under $50,000, a full 55 per cent had not received a pay increase despite being in Australia for more than a year.

Holding pay steady erodes the purchasing power of migrant incomes. While the data in the chart above shows that the number of workers whose pay is stagnant falls over time, an identifiable minority had received no increase in income, regardless of how long they had been working.

The Rudd government introduced major reforms in 2009 designed to create pay parity between 457 visa holders and Australians performing the same job. This is know as providing a “market salary.” Formerly, employers could hire migrants at any salary above the threshold, which meant that migrant pay could be substantially out of step with what other workers were earning.

Although the market-salary requirement has helped increase migrant wages, it only applies at the time the visa is first issued. There is no requirement for wages to keep pace with prevailing market salaries, and so some workers find themselves slipping further and further behind. As this new survey data highlights, if all 457 visa holders are to be paid at the same rate as Australians, the scheme needs adjustment.

BUT INCOMES are not the most contentious aspect of the 457 program. The biggest debate is about whether temporary migrants are displacing Australians in the labour market.

When I worked in the immigration department, an earlier version of the chart below was the evidence of choice for refuting claims of displacement. Until mid 2011, the close correlation of job vacancies and 457 visa applications was offered as evidence that employers would use the program more in periods of strong demand for labour, and would use it less as job growth softened. The 457 visa holders were seen to be supplementing Australian workers, not substituting for them.

Unfortunately for program advocates (including me), this story appeared to take a wrong turn during 2011. This up-to-date version has only been released in response to Senate estimates questioning; the department stopped using the chart in external presentations around the time the pattern broke down.

Does the divergence between job vacancies and 457 visa activity provide evidence that temporary migrants are indeed “stealing” Australian jobs? The short answer is no. The stolen jobs argument runs counter to the established understanding of how immigrants affect the labour market: labour economists are in near-universal agreement that immigration has a minimal impact on either domestic wages or job opportunities.

In 2006, the Productivity Commission found immigration had a “small yet benign” impact on local incomes, hurting the high-skilled and helping the low-skilled. A comparison study of OECD countries shows Australia is one of three countries where average wages increased by more than 1 per cent between 1990 and 2000 as a result of immigration policy. All of this increase is accounted for by the effect on low-skilled workers, whose incomes on average increased by 4.5 per cent over the decade because of immigration, offsetting the negative impact on highly skilled workers. This extensive research agenda supports the role of migrants as complementary participants in the labour market.

In my analysis, the primary reason for the divergence between job vacancies and visa applications is that migrants are applying for jobs they already hold. Around 50 per cent of 457 visas are now granted “onshore” to temporary migrants who are already in Australia. This share has increased significantly over the past five years, and roughly coincides with the divergence on the graph. These people include international students, working holiday-makers and people already on 457 visas. The vast majority of these people already work in the job they “apply” for. In fact, there was no job vacancy.

Opponents of the 457 visa program argue that these positions should be advertised so Australians can apply for the jobs. But it is unlikely an employer is going to fire a good worker simply because he or she is a migrant who needs a visa renewal. A requirement forcing employers to advertise vacancies – as was introduced recently – will be ineffective in reducing the number of unemployed Australians. A more effective method would be a greater price incentive, such as a higher fee for the employer to use the 457 program. But the fact remains that employers will keep employees whom they deem best able to perform the duties, as Nigel Farage’s case indicates.

Another reason for the divergence of job vacancies and visa applications may be the anomalous surge in visa grants for the hospitality industry. The number of visa applications lodged by companies providing accommodation and food services has quadrupled in a short time – from 2540 in financial year 2010–11 to 10,480 in 2012–13. The main occupations sponsored by this sector are cooks, chefs and cafe or restaurant managers, and they make up more than 10 per cent of the 457 program.

With job growth in the industry comparable to the labour market as a whole, there is nothing to indicate that demand for restaurant workers is as strong as this surge suggests. Given that the sector also has the lowest median income of any industry in the program, something is clearly amiss. Yet in a recent response to a Senate estimates question, the department stated it “does not have any concerns” about this issue. I wouldn’t be surprised if media stories about 457 visa workers being mistreated in this industry begin to appear over the next twelve months.

On the whole, though, the 457 visa program is highly effective. While still a niche labour market program – at less than 1 per cent of the total labour market – it plays a critical role for employers filling skilled vacancies. At the margins, however, there are signs of emerging problems. Low-income migrants appear likely to be at a disadvantage regarding pay increases, and some employers in the hospitality industry are probably not using the program as intended.

As the Abbott government prepares to cut the public sector, it should remember that if the immigration department lacks the resources to enforce its regulations, exploitation will inevitably increase, and will be unearthed by media that thrives on stories of Aussie jobs. Poor regulation and a lack of enforcement will undermine public trust and support for migration in general, and for the 457 program in particular.

If this comes to pass, the anti-migrant populism of Nigel Farage is more likely to find refuge here in Australia. •

Henry Sherrell is a policy analyst for the Migration Council Australia and worked for the Department of Immigration and Citizenship from 2008 to 2012. These are his personal views and not those of his employer. 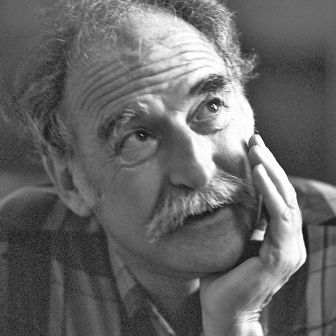 Correspondents The life of an exile Klaus Neumann 20 April 2021 A Jew in Nazi Germany, a communist in Robert Menzies’s Australia, an Australian in East Germany — the remarkable life of Walter Kaufmann 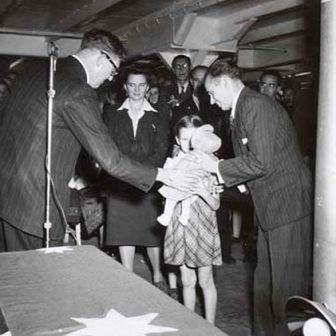 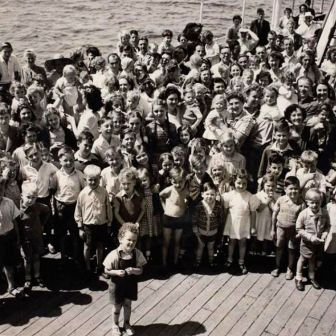