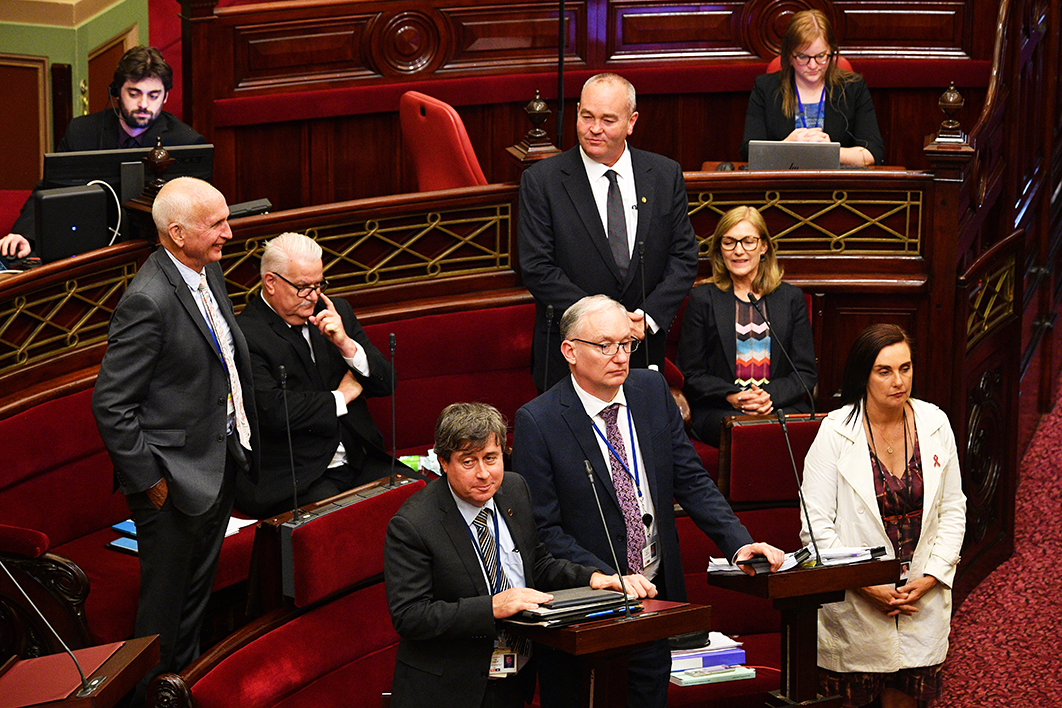 One of the little-noticed features of this year’s federal election was the close relationship between votes cast and seats won in the Senate. In each state or territory except the ACT, Senate seats went to the parties that secured the highest number of primary votes: Labor, the Coalition and the Greens in each state, along with the Jacqui Lambie Network in Tasmania and the United Australia Party in Victoria. The lowest primary vote secured by a winning candidate’s ticket was 4 per cent (the United Australia Party in Victoria); the highest primary vote secured by an unsuccessful ticket was 5.4 per cent (Legalise Cannabis Australia in Queensland).

Compare that with the Senate result in 2013, for example, when the Australian Motor Enthusiast Party’s Ricky Muir won a Senate seat in Victoria despite his party attracting a primary vote of just 0.51 per cent.

This year’s close correlation was largely a result of parliament’s decision to abolish Senate group voting tickets, or GVTs, before the 2016 election. The abolition followed widespread concern that the GVT system was being exploited — via “preference harvesting” — to enable candidates with minuscule primary votes to win seats despite above-the-line voters being overwhelmingly unaware of the (party-directed) destination of their preferences.

GVTs were also used in upper house elections in four states — at least until three of them (New South Wales, South Australia and Western Australia) abolished what was broadly seen as a blot on electoral democracy. In the case of Western Australia, any defence of GVTs collapsed with the election in 2021 of a candidate who had attracted just ninety-eight primary votes (0.01 per cent of a quota) and was resident in the United States at the time of his election. To compound his unsuitability, he was running on a daylight-saving platform in a region that had demonstrated minimal support for the concept in several referendums.

Victoria alone still retains GVTs, despite the fact that two upper house members were elected with a party primary vote of less than 1 per cent in 2018, and eight others with votes below 5 per cent. In statewide terms, those ten members’ primary party support ranged from 0.62 per cent to 3.75 per cent. By contrast, the Greens, with a statewide vote of 9.25 per cent, secured only one position. The other main victim of GVTs at that election was probably the Liberal Party.

Past Victorian Labor premiers John Cain (1982–90) and Steve Bracks (1999–2007) made a significant contribution to the democratisation of the state’s electoral system. It would be an understatement to observe that the current premier, Daniel Andrews, shows no such ambition.

Why? In his first term, Andrews was able to assemble an “ideological” upper house majority comprising Labor (fourteen seats) and the Greens (five) plus the Sex Party member and the Vote 1 Jobs member. In his second term, he could rely on Labor’s eighteen seats augmented by the single Greens member, the Reason (née Sex) Party member and the Animal Justice Party member.

Those numbers were critical for the approval of legislative measures — especially emergency powers — associated with Victoria’s controversial pandemic response. The government was also able to secure support from other crossbenchers on a case-by-case basis, making the composition of the upper house essentially a non-issue in the first half of the parliamentary term.

This satisfactory state of affairs for Andrews ended in mid 2020 with new revelations of extensive branch stacking in the state Labor Party, the main offender being small business and local government minister Adem Somyurek, a member of the upper house. Somyurek was dismissed from the ministry but then pre-empted his expulsion from the Labor Party by resigning to sit as an independent, denying Andrews his access to a reliable majority.

Somyurek’s absence from Labor’s Legislative Council ranks obliged the government to be more accommodating on amendments to its pandemic powers legislation in late 2021. Did it cross Andrews’s mind that Greens numbers in the upper house would have been sufficient to render the desertion irrelevant if he had abolished GVTs when he had the chance?

Recent developments threaten to make the 2018 upper house result a model of stability compared with what may emerge at this year’s election. A number of new micro-parties have registered with the Victorian Electoral Commission and can be expected to target the ballot for the Legislative Council, fully aware that a low primary vote is no necessary impediment to a well-paid four-year term on the plush red seats.

Several of these groups have been motivated by anger at the government’s strong measures on the pandemic — especially the lockdowns — and it is feasible that an effective GVT strategy could see one or more of them, including anti-vaxxers, elected. If elected, they are unlikely to see negotiation and compromise as desirable qualities in fulfilling the role.

The crowded ballot paper also makes it more likely that voters will vote 1 above the line rather than try to construct an authentic set of preferences from below, even though only five below-the-line preferences are needed for a valid vote. A strong above-the-line vote will further enhance the prospects of candidates with minimal genuine support. Fewer than 9 per cent of electors voted under the line in 2018.

Two years ago the parliamentary electoral matters committee considered GVTs as part of its review of the 2018 election. Several submissions made the powerful case for change, but the committee declined to recommend their abolition, opting to pass the buck by recommending a separate inquiry that (predictably) has not occurred. The government’s stance could well have reflected its reluctance to assist the Greens in any way, hostility towards that party being the default position in Victorian Labor. If so, it suggests an inability to distinguish between organisational and legislative priorities.

While polls continue to point to a re-elected Andrews government in November, a manageable upper house appears doubtful. Whether this will be enough to generate an interest in electoral reform in the premier remains to be seen. Perhaps it will take the election of a candidate with even fewer than ninety-eight primary votes. •

Paul Rodan writes about politics for Inside Story.