The art of not listening

Our minds might wander during musical performances, but does that really matter? 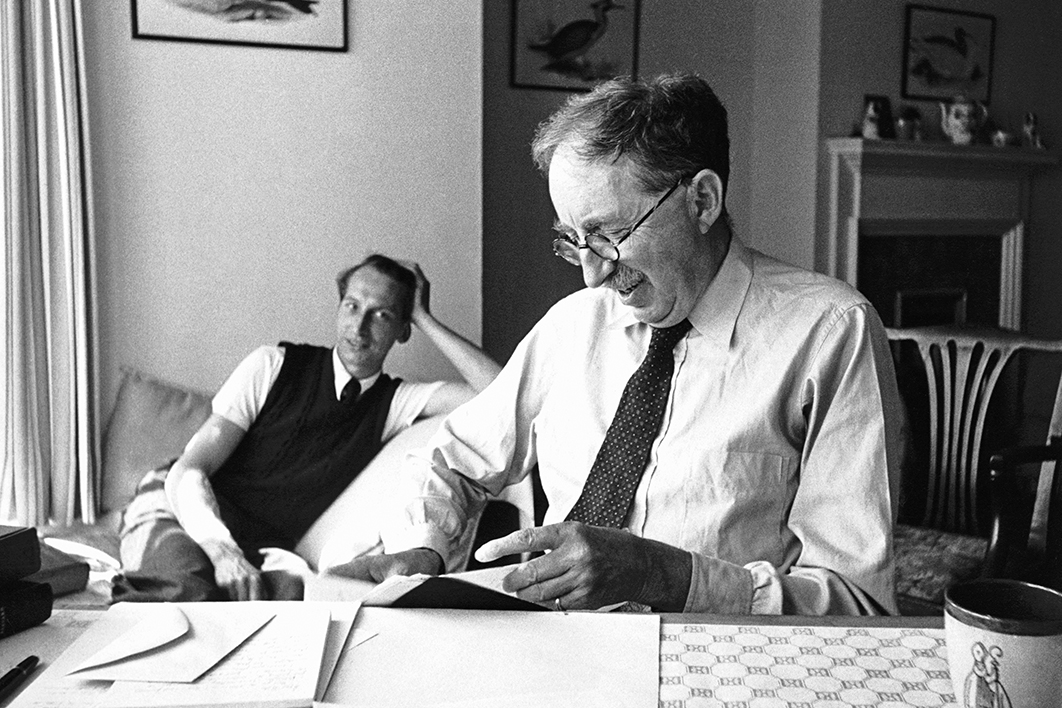 “Take an old man’s word,” says Mr Emerson to Lucy Honeychurch in A Room with a View; “there’s nothing worse than a muddle in all the world.”

It might have been the novelist himself speaking, for “muddle” was a word to which E.M. Forster returned, time and again. In Howards End, Margaret Schlegel gets into a “muddle” with Ruth Wilcox; according to Cyril Fielding in A Passage to India, “India’s a muddle”; elsewhere Forster claimed that London was a “muddle” and so was listening to music.

Yet one suspects that the meaning of the term had a certain lability for him, because, pace Mr Emerson, Forster’s “muddles” don’t always seem like the worst thing in the world. He rather liked London, and he loved music, about which he was sensitive and knowledgeable. But in his 1939 essay, “Not Listening to Music,” he wrote of the difficulties of giving it his full attention.

“Listening to music is such a muddle that one scarcely knows how to start describing it. The first point to get clear in my own case is that during the greater part of every performance I do not attend. The nice sounds make me think of something else. I wool-gather most of the time, and am surprised that others don’t.”

Me too. Well, maybe not most of the time, but it does happen.

Let it be said that Forster is speaking about classical music in the concert hall, pieces that might last an hour or more in the case of symphonies by Mahler and Bruckner, and for the most part lack words to tell us what’s going on. This is music that invites us in while freeing our imaginations. It’s that freeing that’s the problem.

Forster divided music into two sorts: that which reminds us of other things and that which is itself. The former includes the operas of Wagner which, even apart from their texts, are full of those leitmotifs indicating precise objects and emotional states. “With Wagner I always knew where I was,” Forster writes; “he never let the fancy roam… he was as precise in his indications as an oriental dancer.” And naturally the stories also help us focus.

The trouble is all that other music — the sonatas and concertos and symphonies that have no stories. How should we listen? And what should we understand? Forster writes of trying to foist Wagnerian significance onto other composers’ music. Often, he tells us, he sees music in colours or images, but he is aware that these are his own responses and, in a sense, take him away from “music itself.”

“Music is so very queer that an amateur is bound to get muddled when writing about it,” Forster suggests. He proposes that music “untrammelled and untainted by reference” is “obviously the best,” but recognises that the problem of staying focused never goes away, not least because even Bach’s Goldberg Variations and Brahms’s fourth symphony “certainly have a message. Though what on earth is it? I shall get tied up trying to say.”

Interestingly, Forster’s attempt to explain music’s message came down to rhythm, which he thought was trying to push at the listener “something which is neither an aesthetic pattern nor a sermon.” That’s quite good, if undeniably vague.

As “an amateur,” Forster was at least able to approach music through his own performances on the piano, which “grow worse yearly.” But no matter how unsatisfactory his playing, seated at the keyboard there was none of that wool-gathering: he was compelled to attend. Here, he could enter the music and finally experience it as “music itself.” “I see what becomes of a phrase, how it is transformed or returned, sometimes bottom upward, and get some notion of the relation of keys.”

My own difficulty concentrating on music may be partly a problem with concentration, full stop. For if you put me in a restaurant with music it will distract me from conversation. And I don’t mean loud music that leaves one shouting at one’s dinner companion: quiet music — however dreadful — is somehow more distracting still because there’s always a part of me striving to hear it.

In concerts, my concentration problems take three forms. The first, rather like Forster’s, results in my thinking about something else. When we arrive in the concert hall, we aim to put our lives away and make room for the Schubert sonata or whatever it is. But sometimes we can’t switch off and the demands of our daily life overwhelm us, a few bars of Schubert leading us back into our own world.

For the second problem, I blame Wagner — not Wagner the composer, but Wagner the impresario of Bayreuth whose idea it was to dim the houselights in performance. A comfortable chair in a darkened hall quickly puts me to sleep. I once travelled a considerable distance to hear a colleague’s new piece and slept through the whole thing.

But my most common form of distraction is to start composing. I imagine it’s the same for every composer. Michael Tippett’s second symphony began to take shape while listening to Vivaldi — Tippett’s symphony opens with pounding low Cs in the cellos — and his third started in a performance of Pierre Boulez’s Pli selon pli at the 1965 Edinburgh Festival. If ever there was a piece that encouraged you to wool-gather, it’s Pli selon pli, Boulez’s musical portrait of the poet Mallarmé. More than an hour long, and notwithstanding its frequent splashes of colour, this is remarkably static music. Not only are there none of Forster’s pushing rhythms, there’s also very little harmonic development. I’ve never heard this piece — in concert or on a recording — without my mind wandering, and Tippett’s wandered off in the direction of what he might himself do with such fixed sounds.

One senses, reading Forster’s essay, that he feels a degree of failure, not to say shame, at his musical distractions. But I like to think there’s something honourable about ceasing to attend because you’re having musical thoughts of your own. A feather in the cap of the original composer, too, to have sparked off new ideas in another composer. Not that it’s always the music itself that leads me astray. When I was sitting in the new concert hall in Lahti, Finland, some years ago, the bright yellow ochre of the wooden interior conjured up Bruegel’s painting, Children’s Games. I no longer have a clue what music I was there to hear — it was new and Nordic — but by the end of the concert I’d mapped out the three movements of my piece Scenes from Bruegel in a fair amount of detail. Sometimes not listening to music can be rather productive. •

Books & Arts Why not appreciate a Bartók… and a Parry? Andrew Ford 10 August 2021 Gerald Finzi’s letters illuminate a time, a place and a composer’s mind
Close

The scalpel and the axe 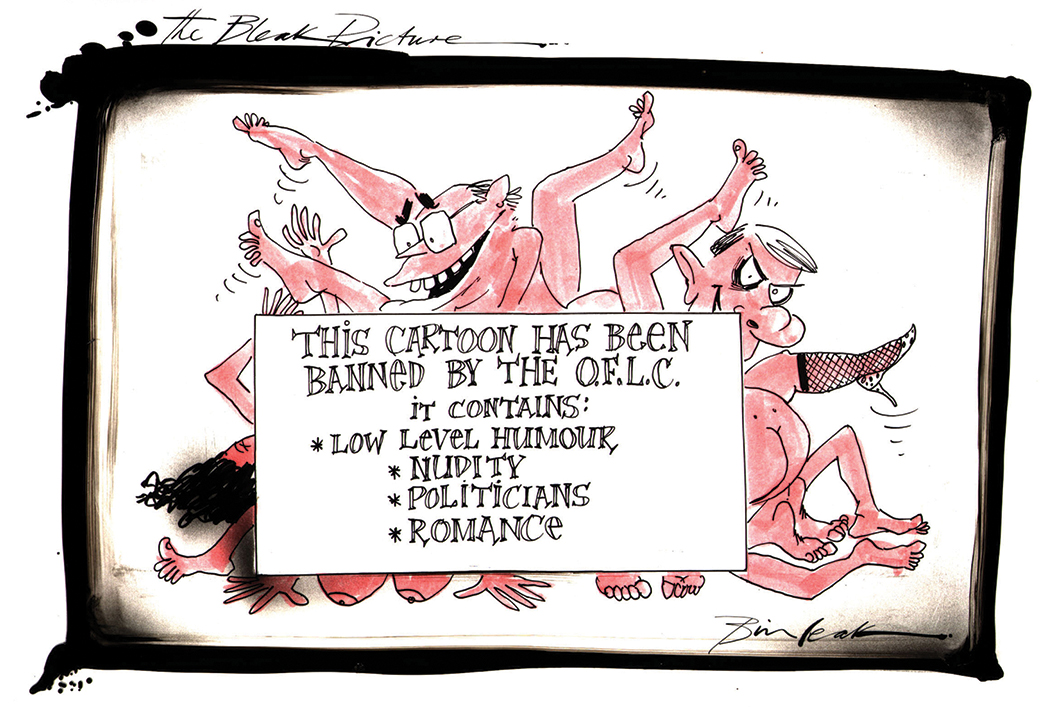