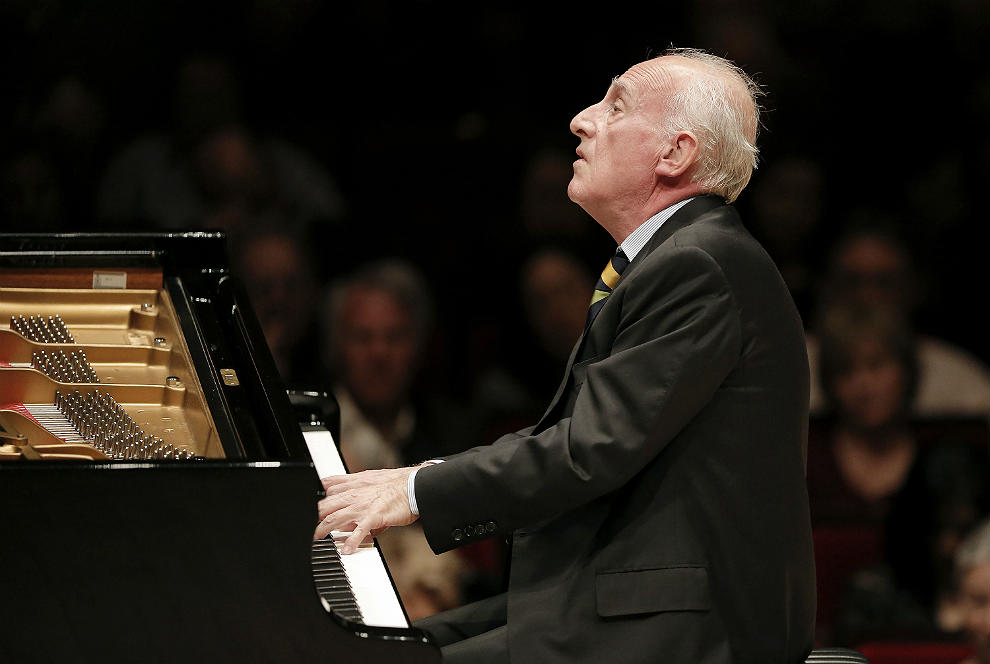 If Maurizio Pollini really turned seventy-five last week, and that’s what they’re saying, he can only have been thirty-seven when I heard him play Schubert’s late piano sonatas at the Edinburgh Festival. I find it hard to believe, because he already seemed to me a wise musical elder, someone who played the works of Beethoven and Chopin, Brahms and Schubert with the greatest authority.

Deutsche Grammophon’s handsome boxed set of 55 CDs and three DVDs containing all Pollini’s recordings from more than forty years is a fitting celebration of the pianist that underlines his focused approach to the repertoire. You could argue, I suppose, that it’s a rather narrow focus. All of the Beethoven sonatas and concertos are here (the concertos in two separate recordings), together with the Diabelli variations. There is virtually all of Chopin (some of that twice, as well), rather a lot of Schumann, those late Schubert sonatas and the Brahms concertos – three times, with the conductors Karl Böhm, Claudio Abbado and Christian Thielemann. There’s also Debussy’s Etudes and Book 1 (but not Book 2) of the Préludes, a few Mozart concertos, Bach’s Well-Tempered Clavier, a single disc of Liszt, Webern’s Variations, Berg’s Sonata and all of Schoenberg’s piano music, including the concerto. Well, that’s not bad actually, particularly when you add in the famous recording of Boulez’s second piano sonata, discs of music by Luigi Nono and a DVD featuring Stockhausen’s Klavierstück X. You couldn’t really call that narrow.

And yet most of Bach isn’t here; there are no Mozart sonatas and no Haydn at all; surprisingly, there is no Bartók beyond the first two concertos, not a note of Ravel and practically no Russian music. In 1972, Pollini’s first disc for DG was of Prokofiev’s seventh sonata and the three Petrushka dances of Stravinsky – in both cases, I’d argue, recordings that have never been surpassed. But there he stopped. (For this release, DG has unearthed an old radio broadcast of Prokofiev’s Piano Concerto No. 3 from 1974.)

Why is Pollini special? In a word, I suppose: clarity. I was tempted to say fidelity, but that’s such a loaded term, and anyway Pollini’s art doesn’t involve fidelity to every aspect of the music. For one thing, his interpretations can seem a little old-fashioned. Karl Böhm’s Mozart, for instance, though stylish in its way, paid scant regard to matters of historical performance practice, much in the air when he worked with Pollini in the 1970s. The tempos in the piano concertos they recorded together are generally slow, the orchestral textures rather well-upholstered. And when Pollini recorded more Mozart concertos, this time directing the Vienna Philharmonic from the keyboard in the early 2000s, the approach was only a little different.

In general, Pollini’s interpretations haven’t changed much over the years. His first recordings of the Brahms concertos (with Abbado for No. 2 and Böhm for No. 1) date from the 1970s, while his latest versions (with Thielemann, live in Dresden) are among his most recent releases. The broad approach is the same, the tempos hardly varying, but the details become more sharply etched and find their place yet more convincingly in the overall structure of the music. You sense connections between motifs and a kind of inevitability about the performances, as though the pianist is thinking less and playing more. To give a concrete example, the second Brahms concerto opens with a solo horn melody that is completed by the first entrance of the piano: in 1976, with Abbado, Pollini lingers a little over his first bottom B flat; in 1995 – again with Abbado – he lingers hardly at all; in 2013, with Thielemann, he moves right along.

There are aficionados of Chopin’s music who will complain that Pollini’s approach has a want of rubato, the rhythmic freedom with which, we know, the composer himself played his music. But we don’t know how much rubato Chopin applied. There’s plenty of flexibility in Pollini’s accounts, just no exaggeration. And while critics have labelled his technique “steel fingered,” the implication being that his playing is somehow unfeeling, I confess I don’t hear that at all. On the contrary, more often than not he reveals the composer’s score in such a way that it glows with life. In the finale of Mozart’s G major concerto K. 453, to take a small example, I’ve never heard the running left-hand quavers in the second variation so powerfully articulated. So often, Pollini’s clarity is simply thrilling.

The score is the thing, and Pollini makes you believe in it as much as he does. Take Boulez’s second sonata, as daunting a work of mid-twentieth-century modernism as you could wish to hear, and fiendishly difficult – the cruelty of Artaud combined with the virtuosity of Liszt. In concert, Pollini plays it from memory, and I once heard him play it in London’s Royal Festival Hall, beside me a dapper gentleman in his sixties or seventies with a very plummy accent. A retired military man, perhaps, or the chairman of something in the City. Maybe both.

This sonata lasts thirty-five minutes and takes no prisoners. Pollini played it last, after Beethoven and Webern, and I couldn’t help hearing it through my neighbour’s ears and what I imagined to be his sensibilities. I was convinced he must be hating it. But Pollini got him. At the end of the performance the man turned to me, red in the face, his eyes bright with excitement.

“Do you know if there is a recording of that?” he asked. I said there was and I’d seen it for sale in the foyer.

“I’m going to buy it,” he said, rising quickly from his seat. He missed two encores. •

As Republicans splinter and the real world intrudes, abolishing Obamacare is looking more difficult by the day

First, do no harm: Barack Obama during a discussion of Obamacare held by the online magazine Vox at Blair House in Washington last week. Ron Sachs/EPA 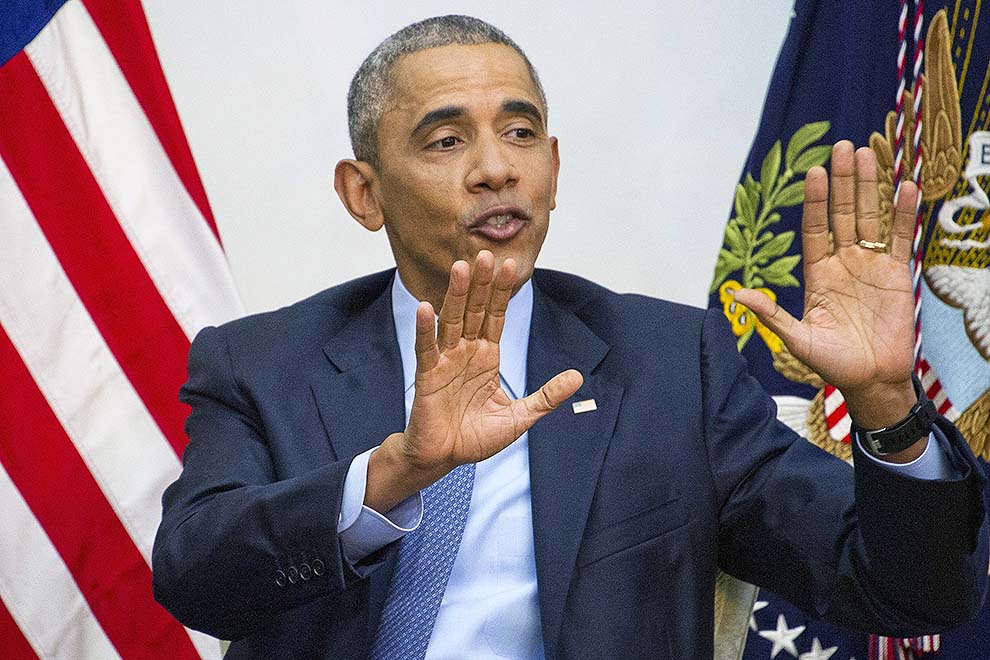 First, do no harm: Barack Obama during a discussion of Obamacare held by the online magazine Vox at Blair House in Washington last week. Ron Sachs/EPA