The composer who hasn’t let go 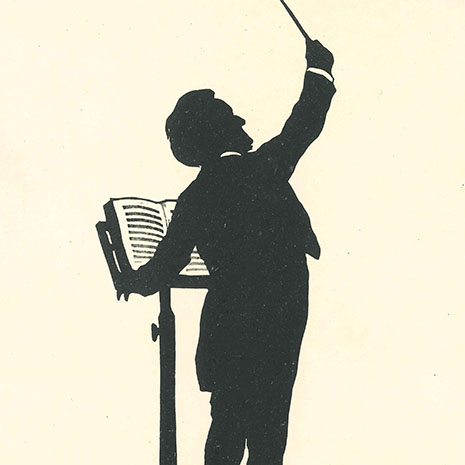 EVEN in his lifetime Richard Wagner attracted fanatics, King Ludwig II of Bavaria chief among them. Ludwig was such a fan of the composer that he financed the building of the Festspielhaus at Bayreuth, dedicated to this day to the performance of Wagner’s music dramas. For his personal amusement, he also constructed replicas of Hunding’s forest hut (from Die Walküre) and Gurnemanz’s hermitage (from Parsifal).

Wagner was then and still is big business. A production of his tetralogy, Der Ring des Nibelungen, is expensive to mount and fraught with challenges. Yet it happens so regularly around the world because the productions seem guaranteed to sell out. Tickets for the Opera Australia production opening in Melbourne in November went on sale in July 2012. They were not cheap, but they were gone in a matter of hours. There is prestige, it seems, in attending Ring cycles, and some of the early packages were swiftly bought up by sponsors keen to impress their clients, but the other threat to the casual opera lover simply hoping to buy a ticket for a night in the theatre with gods, giants and Rhinemaidens is those latter-day King Ludwigs who travel the world attending Ring cycles (especially) and the other operas by their hero.

I have met a number of these people, and a few, it must be said, are insufferable snobs with no idea about Wagner’s work, just a desire to be seen on the international circuit. The majority, however, are true fans – addicts might be a better word – with considerable knowledge of the music and strong opinions about this director and that conductor, this Brunnhilde and that Siegfried.

But what of composers? How do we deal with Wagner and his legacy? You might think that 130 years after Wagner’s death this is no longer a burning issue, and I suppose for a lot of composers it isn’t, but just as Beethoven dominated nineteenth-century music – Schubert, Berlioz, Brahms and Wagner himself in thrall to his example – so, by the end of the nineteenth century, Wagner became the dominant figure. I would argue, he still is.

In the short to mid term, Wagner’s musical style affected to one degree or another Bruckner, Mahler, Strauss, Debussy and the second Viennese school, not to mention all those European émigrés who ended up in Hollywood (the Wagnerian leitmotif remains a regrettable staple of the blockbuster film score). But that is only Wagner’s obvious influence and, apart from in Hollywood, it has faded, nobody writing music that actually sounds like Wagner any more. In terms of musical structure and texture, however, in terms of clarity, flexibility, virtuosity and sheer ambition, Wagner has continued to be an unavoidable example for composers as different as Messiaen and Glass, Stockhausen and Saariaho, Gavin Bryars and (though he would certainly deny it) Peter Sculthorpe. And composers who are avowedly not influenced by Wagner sometimes still feel the need, like Erik Satie before them, to object to him, Thomas Adès complaining recently that Wagner’s music is like “fungus.”

Because Wagner’s music is so rich and multifaceted, it is possible to be influenced by the instrumentation, say, but not the harmony. The aspect I most admire – and for me this is really the key to Wagner – is that aforementioned flexibility. It’s partly a rhythmic flexibility, itself related to an almost continuously flexible sense of tempo (Wagner abandoned the use of precise metronome markings early on and there are none at all in the Ring), but it is also a flexible use of the orchestra.

Wagner typically employs a big orchestra, but uses it remarkably sparingly. If we know the music of the Ring, for example, chiefly from the bombastic set pieces such as the Ride of the Valkyries and Siegfried’s Funeral March, we can easily miss this. But at the core of the Ring is a domestic drama, with intimate scoring. Half the “action” in this sixteen-hour epic comprises extended dialogues between husband and wife, brother and sister, father and daughter, lover and lover, and Wagner accompanies, develops and comments on these sometimes angry, occasionally amusing and frequently touching conversations with music of infinite subtlety.

Nicholas Spice recently pointed out that Wagner’s operas seem not to start, but always to have been there. The openings of Tristan und Isolde, Das Rheingold (indeed all the operas of the Ring) and Parsifal creep up on us. By the time we notice the music, we have already entered Wagner’s world and in no time at all are a part of it. After that, the invention never stops, Wagner’s music evolving continuously – and flexibly – over long stretches of time, refusing to let us go.

It is no wonder that those Wagner tragics – like the Flying Dutchman himself – appear doomed to sail the world in search of new productions. Wagner’s world is exceptionally seductive. And it is no less so for composers, today as much as ever. •