The crafty Senate stratagem with the unpredictable impact

The government’s voting legislation has been significantly improved, writes Peter Brent. But that doesn’t mean we know how it will work in practice

Double-edged sword: voters in Perth in 1940, before proportional representation was introduced for the Senate. State Library of WA/Flickr 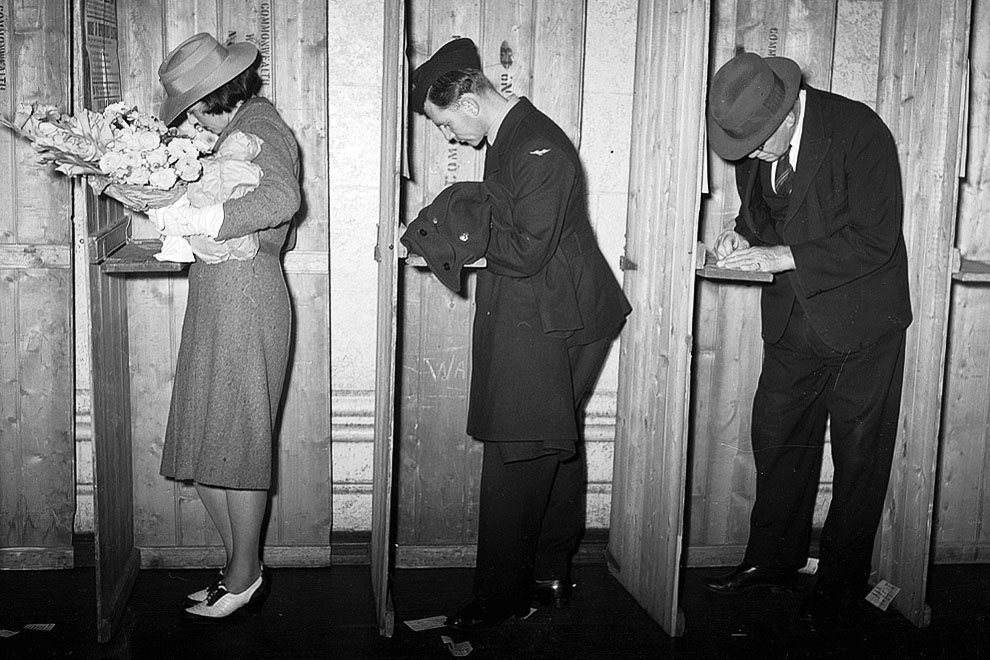 Double-edged sword: voters in Perth in 1940, before proportional representation was introduced for the Senate. State Library of WA/Flickr

Former prime minister John Howard believes “the principal beneficiary” of the changes to the Senate voting system is “probably the Australian Greens.” The Labor opposition claims that the legislation, which is being rushed through parliament this week, is just another “dirty deal” between the Coalition and the Greens to their own advantage.

Family First senator Bob Day has warned that “wiping out independents is what they do in Third World countries,” while the Liberal Democratic Party’s David Leyonhjelm confidently asserts that under the new arrangements Greens leader Bob Brown would not have been elected to the Senate in 1996.

Leyonhjelm might be right and he might be wrong, and the same applies to anyone who makes predictions about outcomes under optional preferential voting.

The above-the-line voting system was introduced by the Hawke government in 1984. At the same time, each state was given two extra senators, bringing the totals to twelve. The consensus was that the new arrangements would very likely mean that no government would again enjoy a Senate majority, yet in 2004 the Howard government achieved just that. Others predicted that this would spell the end of the Democrats. They disappeared, but it took two decades.

It was also a Labor government that brought in proportional representation for the upper house, back in 1948. According to Labor MP Fred Daly’s memoirs, quoted in a parliamentary paper by John Uhr, the change “was the brainchild of Arthur Calwell, who argued that we [Labor] would retain a majority there after the next elections, due in 1949, and probably into the future.”

Uhr goes on: “The stratagem worked, at least until Menzies beat Labor at its own game and brought on the 1951 double dissolution to wash out Labor’s power-base in the Senate, and usher in that Indian summer of Australian parliamentary politics from 1951–1955 when governments had a majority in both houses.”

It wasn’t possible to predict what the 1948 and 1984 amendments would mean for seat numbers, and it’s not possible today.

Howard sensibly employed the qualifier “probably.” The Commonwealth Electoral Amendment Act 2016 will probably, in the medium term, assist the Coalition because it will prioritise primary votes more than the current system, and the Coalition hasn’t lost the Senate primary vote since 2007 and, before that, 1993.

The fact that those are the last two elections comfortably won by Labor is significant. The ALP’s gloomy prognosis is based on the assumption that it will never attract high levels of support again.

The Greens’ future under these changes is less clear. Predictions that the reforms will help the party assume it will continue to receive significant numbers of votes.

Lots of modelling and estimates of past Senate outcomes under the new system have been unveiled, with a slew of preference-exhaustion rates and flow assumptions. But no one knows how people would have voted, down to the last seat, if they’d been faced with new voting instructions at those elections.

But a single transferrable vote system in which people are advised to number at least six parties, though numbering fewer than six will still be counted as formal, has no precedents in this country. Any estimate of past Senate results that assumes people continue just voting one is of negligible use.

The Senate changes are based on the NSW Legislative Council, but with important differences. In New South Wales, voters are instructed to number one or more. That state also uses optional preferential voting in its lower house, and in 2015 the Coalition bombarded the population with “just vote one” messages that inevitably seeped into voting for the upper chamber as well. In New South Wales last year, over 80 per cent of electors simply voted one above the line. That won’t happen in the Senate.

Crude assumptions from other jurisdictions don’t work when final Senate spots are determined by the equivalent of a butterfly flapping its wings further up the count, with one candidate moving ahead of another by a few votes and totally rearranging preference flows.

It simply isn’t possible to know how people will vote in the future.

Last week’s initial legislation, presumably delayed for so long to postpone antagonising the crossbench, contained two stunning flaws. Senate votes would not be counted at all on election night, which was just weird (and possibly a cost-cutting measure from the recesses of the Department of Finance). Worse was the intention to retain full preferential voting below the line, with the meagre safety provisions made marginally less meagre. Both of these shockers have now been excised.

What remains is the possibility that parties will campaign “just vote one,” contradicting the Electoral Commission’s instructions. The likelihood that such messages would also influence lower house voting, rendering many informal, should at least be a disincentive.

Of course, the Coalition wouldn’t be putting these changes in place if it thought they would disadvantage it. The same with the Greens.

Labor’s behaviour is more complex. Some of caucus, based on a static expectation of future support, might sincerely believe the amendments will hurt them. But most of all their reaction has to do with election-year politics. Going into this poll, Bill Shorten is determined to “stand for things,” largely to combat leakage of support to the Greens, and this issue fits nicely as another Coalition–Greens “dirty deal.”

Siding with the crossbench senators and encouraging their sense of grievance also makes political sense.

The bill is going to pass anyway, so they might as well extract the maximum political benefit. And once it has passed, the theatrics should subside. •

Six years after his death, the work of a protean internationalist scholar has never been more relevant, writes David Hayes 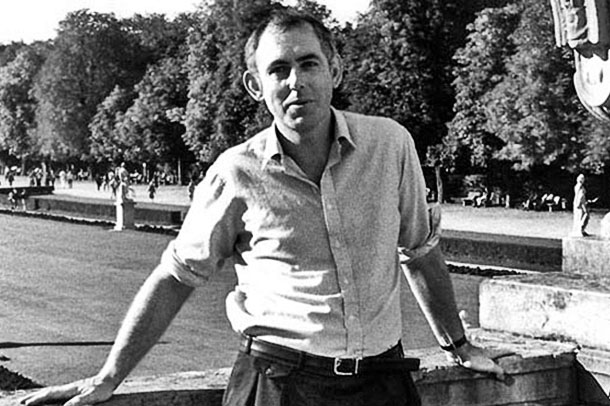