The Eloquence of the compact disc

A one-man Sydney-based label has released 700 classical music CDs over the past decade and a half, writes Andrew Ford 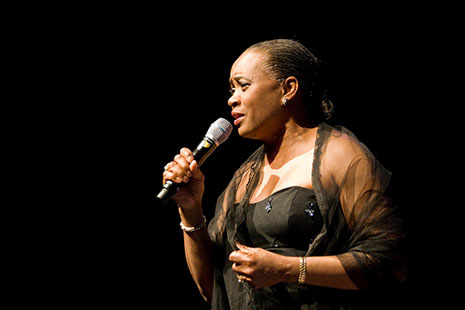 WHEN the compact disc first appeared in the early 1980s, we were told it was all about indestructibility, improved sound quality and convenience – you could hear more than an hour of music without having to get off the sofa, walk across the room and turn over twelve inches of black vinyl. I was one of those who loaded hundreds of LPs into his car and drove them down to the secondhand shop. Over the next few years, I gradually replaced my LPs with CDs and about the only regret I have is the disappearance of those big gatefold sleeves.

Yes, I know the discs are not indestructible. You can scratch a CD quite as effectively as an LP, sometimes with the result that it won’t play at all. And yes, I also know there are “audiophiles” who maintain that analogue sound remains superior to digital – “warmer” is generally the word – but I’m afraid I’ve never been terribly interested in the nuances of sound engineering. As far as I’m concerned the format remains convenient, and a CD library has advantages not only over the LP, but also over the iPod.

The compact disc revolution had enormous ramifications for the classical recording industry. In the first place, throughout the 1980s and 90s it generated a vast amount of work for musicians as the demand for the new product seemed insatiable. By “new product,” of course, I mean old music, but in brand new recordings. However, in the second place, and beginning in the late nineties, it began to send some record labels to the wall. Most classical music lovers didn’t require more than one recording of each of their favourite pieces, and by now they had them and so didn’t need to buy any more. The smaller independent labels, such as Chandos and Hyperion, continued to record music from some of the more obscure corners of the repertoire and these continued to sell, but the big companies were in trouble. They merged and remerged, and along the way famous labels such as RCA Victor and Philips disappeared. This was particularly ironic in the case of Philips, since it was one of the companies that had pioneered CD technology.

But if the independents now made the bulk of new recordings, the big companies that remained had vast back catalogues of great recordings by legendary artists, and they’d already paid for them. Some companies have tended to treat these resources with great cynicism (every few years, Sony puts new covers on its Glenn Gould recordings), but here in Australia, one man takes his responsibilities more seriously.

Cyrus Meher-Homji is the general manager of classics and jazz at Universal Music Australia. This is the umbrella organisation that includes Decca, Deutsche Grammophon and the remnants of the old Philips label, and from its Sydney office Meher-Homji runs the Eloquence label. It is really a one-man labour of love, practically a hobby, and yet since 1999 he has overseen the release of some 700 titles. You can pick up individual discs for $10 and they include an array of great performances from the past eighty years, though with the emphasis on the LP era from the early fifties to the late seventies. Some of the releases are a simple matter of taking an out-of-print CD and repackaging it, but increasingly Meher-Homji has been releasing material that has never previously been available on CD. So well-stocked is Universal’s back catalogue, there is no end in sight to these budget CDs. (I have seen Eloquence’s plans stretching ahead to 2015.)

To date, just for example, there have been multiple releases of the great Wagnerian soprano Kirsten Flagstad in recital, and of that most lyrical of violinists Arthur Grumiaux. Vladimir Ashkenazy is well represented as pianist and conductor; so is the Academy of St Martin-in-the-Fields; and there are a good many recordings by the conductors Lorin Maazel, Zubin Mehta and Georg Solti (with lots more Solti to come). Perhaps most important is the series devoted to the Swiss conductor Ernest Ansermet in a broad range of repertoire. Ansermet knew and worked with Debussy and Ravel, and he gave the premieres of Stravinsky’s Firebird Suite (dedicated to him), The Soldier’s Tale, The Song of the Nightingale, Pulcinella, Les Noces, the Symphony of Psalms, the Mass and other works.

To have Ansermet’s early Stravinsky recordings available is instructive musically as well as historically. Made when these works were still new, the readings are leaner and a little gentler than the modern interpretations we have become used to. Stravinsky and Ansermet had a bitter falling out in 1937 over a cut made by the conductor to the score of Jeu de Cartes. But Ansermet continued to champion the composer, and the recordings made between 1946 and 1962 must have gone a long way towards bringing about the tentative rapprochement that Stravinsky initiated in old age. I know all this because Eloquence is rather good at printing informative essays with its CDs. You won’t find that with many downloads.

Eloquence has also been good at releasing what we might call cult classics. Anthony Collins’s Sibelius symphonies would be an example, and so would Benjamin Britten’s Salute to Percy Grainger, still the best single-disc Grainger collection you could hope to find. A particular success for the label was David Del Tredici’s Final Alice. Del Tredici, an American composer, had a longstanding obsession with Lewis Carroll, resulting in a couple of dozen Alice works. One, commissioned for the American Bicentenary in 1976, was the hour-long Final Alice, recorded at the time by soprano Barbara Hendricks with the Chicago Symphony Orchestra under Solti, but unaccountably never released on CD. Meher-Homji put it out and it was seized upon by collectors around the world.

Naturally, Eloquence is shaped by what is in the Universal sound archives, but it is also shaped by Meher-Homji and his tastes. I think this is a good thing, even if I don’t share all his enthusiasms. The important thing is that there is a vision behind the releases, an intelligent filter.

From the internet, you can, of course, fill your iPod with any amount of old classical recordings and do so rather cheaply. But just as the net, used as a research tool, will quickly throw up all manner of rubbish, it is the same with music downloads. If you don’t already have a fair bit of knowledge, you will quite possibly waste your time and money. The advantage of an Eloquence CD is the same as with a published book: there is an editor involved. •

Composer Andrew Ford presents The Music Show on ABC Radio National. In the interests of proper and full disclosure, he points out that his music-theatre work Night and Dreams: The Death of Sigmund Freud is on an Eloquence CD.