The ghost of governments past

Is Kristina Keneally’s arrival in Fowler a symptom of Labor’s fear of the electorate? 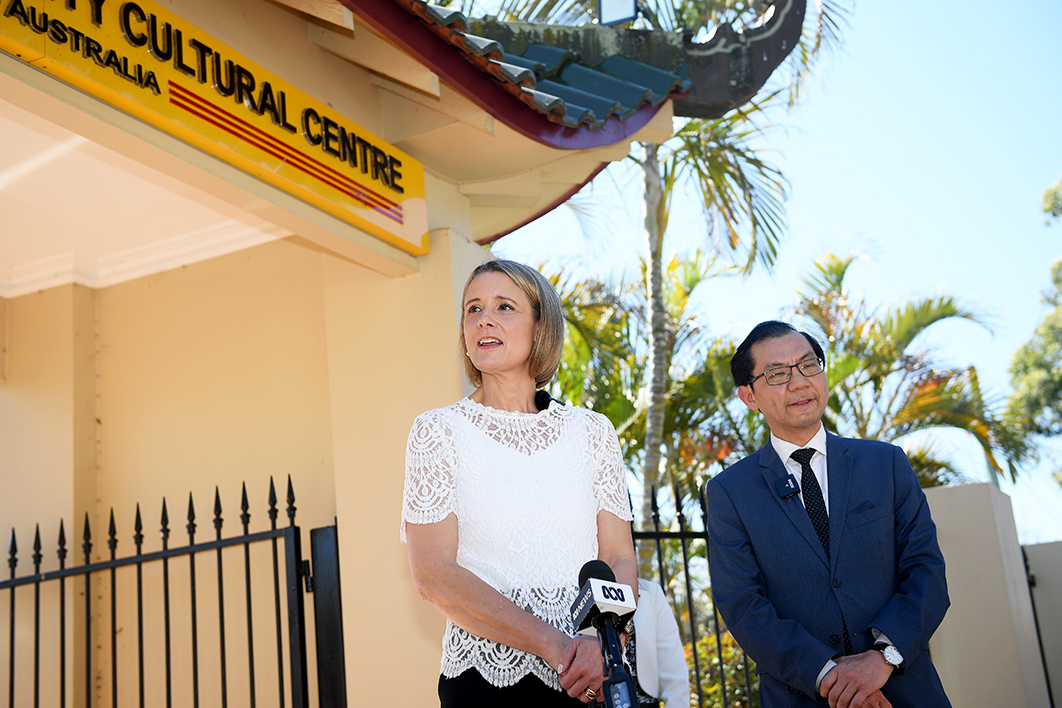 Is it anyone’s business other than card-carrying members how a political party chooses its candidates? Since 1984, we taxpayers have been shovelling funds into their coffers, so maybe yes.

Does it behove Labor in particular to have a more ethnically diverse group of MPs in federal, state and territory parliaments? As the major centre-left party, it receives outsized support from Indigenous people and people from non-English-speaking backgrounds. It’s the major party one would expect to look “multicultural” and, of course, “looking” like that should translate into policies.

No one would nag One Nation or the United Australia Party or even the Nationals about a lack of diversity.

And yet, like most Australian institutions, Labor looks whiter than the country. An unwillingness to preselect people of colour seems to be part of its general timidity, its continuing capitulation to John Howard’s idea of the nation, its terror of falling out of favour with “middle Australia” (characterised as white). The same caricaturing of voters saw Labor lag behind other centre-left parties in Western democracies, and ultimately the electorate itself, in getting behind marriage equality.

Behind the scenes, by contrast, and particularly in New South Wales, diversity seems to rule, but those individuals themselves seem at least, if not more, enthralled by clunky ideas about what the electorate will tolerate. Remember national secretary Karl Bitar’s 2010 “Lindsay test”? (According to the census, Lindsay has Sydney’s second-lowest percentage of residents who speak a language other than English in the home, after Scott Morrison’s seat of Cook.)

This week’s political fuss is about the decision to parachute the high-profile former NSW premier, senator Kristina Keneally, into one of the country’s most multicultural electorates, the very safe (for Labor) Fowler. The immediate impetus came from her relegation to the third (unwinnable) Senate spot on the party’s ticket, but as someone with big ambitions she would probably have been eyeing the lower house at some point anyway.

Retiring MP Chris Hayes, who even when he first entered parliament in Werriwa in 2005 seemed like a throwback to a Calwellian golden age, and who himself was handed Fowler after the 2009 reshuffle-induced musical chairs of sitting Labor MPs, handpicked a local to take his place. That young lawyer, Tu Le, whose parents were Vietnamese refugees, has become “the” local candidate for the media in what’s presented as a binary choice, although it’s possible others in the local branch see things differently.

People of a certain age will remember Midnight Oil frontman Peter Garrett’s installation in Kingsford Smith in 2004. He’d only just joined the party, and his candidature generated a lot of complaining from people we hadn’t heard of. You’re waiting for years for the MP to retire, and when he or she finally does, some rock star is shoehorned in. Theo Theophanous’s 1995 televised tears after being pushed aside in Batman by ACTU head Martin Ferguson also come to mind.

But parties do this. It’s how they bring new talent into parliament. Very often the state office plays a role: no less than the current prime minister was installed in his electorate over the objections of local branches. And of course the preselection in Wills was just one stage of Bob Hawke’s unstoppable journey to the Lodge. He was hardly Wills born and bred.

The problem is that the reliably safe Labor seats are mostly high in people from non-English-speaking backgrounds.

At first glance, Liberal candidates in western Sydney seem more ethnically diverse, more representative of minority communities. But the catch is that those seats are safe Labor. In fact, the current list of major-party candidates contains plenty of “minority”-looking names, on both sides, but they’re overwhelmingly in unwinnable seats. There’s not much demand for those spots.

Keneally was premier for the biggest election loss in NSW history. But that would’ve happened whoever was in charge. She remained pretty popular to the end, and voters were lukewarm about opposition leader Barry O’Farrell, and yet it was the most one-sided result in the state’s history. It throws up the question of how much leaders’ popularity really matters at general elections.

Keneally did well at the 2017 Bennelong by-election (insofar as by-elections can be judged), with the biggest favourable swing for Labor, 4.8 percentage points, of all the by-elections prompted by the discovery of section 44 in the Constitution. (The most ballyhooed, Longman, was just 3.7 points.) Canning in 2015 (6.6) was bigger, but that came after the death of a very popular Liberal MP, Don Randall. (Section 44 by-elections were unusual, of course, because most of them had sitting MPs.)

Despite her obvious qualities, there’s a troubling — how should I put this? — Lathamesque side to Keneally, a similar mix of energy, headline grabbing and poor political judgement. A decade ago she was reported as suggesting the Gillard government dump its newly announced “carbon tax,” which was very Sussex Street advice, all polling and clipboards and no understanding of electoral dynamics, of how voters behave. The Rudd government had cut loose its own scheme a year before, and it cost the prime minister his job and (in my opinion) Labor its majority at the election.

And Keneally’s swashbuckling in the home affairs portfolio over the last two years, attacking the government from the right, left and centre on immigration, is just playing with fire. Two years ago I called her appointment to that portfolio Anthony Albanese’s “first big blunder.” Immigration is the area Labor needs to steer clear of.

Keneally’s ready-made personal vote would make her an excellent candidate for a Liberal-held marginal seat, such as Reid, but of course talent with a big T doesn’t want marginal seats, because they tend to go out with the tide.

Although much of the current discussion conflates the overriding of locals with the overly white face of Labor, they are really two different things. The high-flyers, those considered great enough to impose on grumpy locals, are still virtually all white. That’s a function of our society itself, but also of the institutionalised prejudices of the party and its somewhat outdated perceptions of the electorate. •

The lives of others 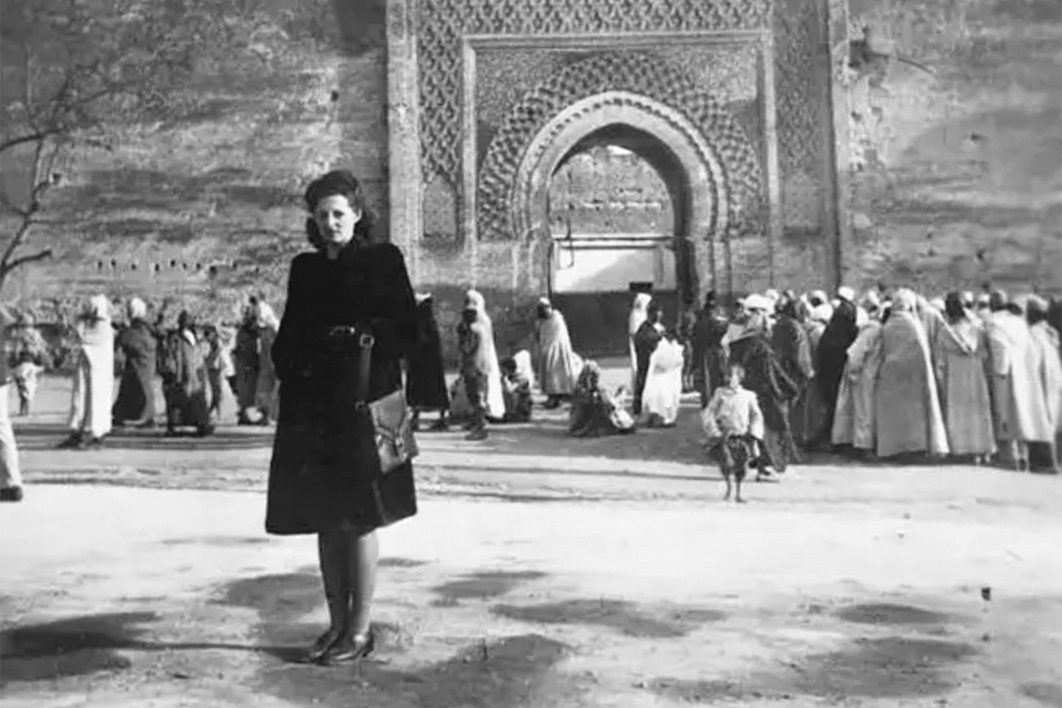