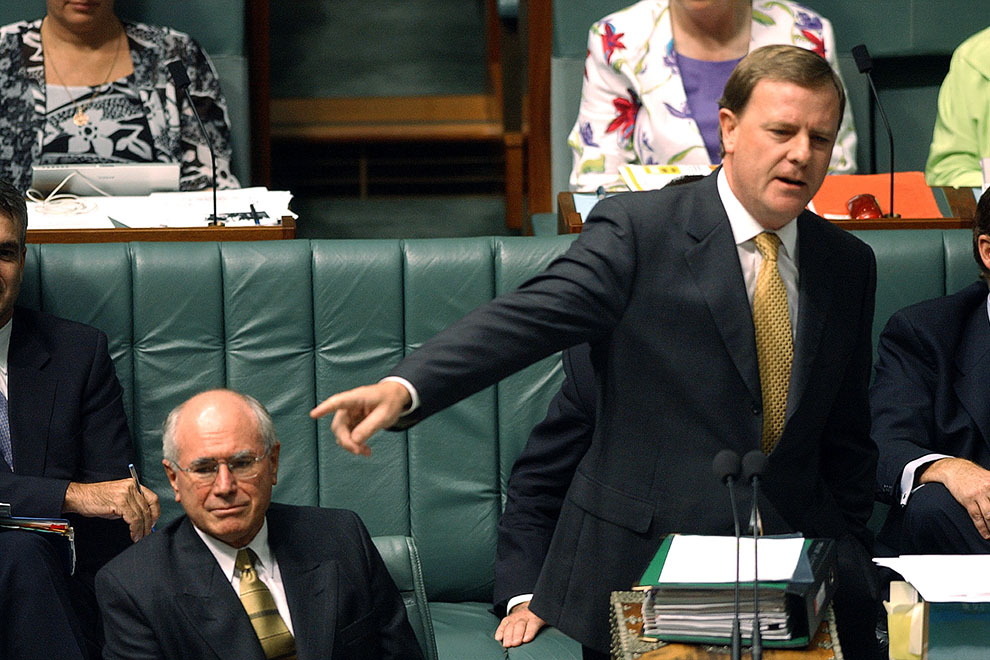 Barely a year into the new government, the GST is finally, officially, back on the table, with prime minister Tony Abbott calling for a “mature debate” rather than the usual political “screaming match” about a possible broadening or raising of the tax.

Abbott the prime minister would not much like Abbott the opposition leader 2009–13, for whom screaming and opposing was the default position. Fiddling with the GST, whether or not it is taken to another election first, would also represent a broken election promise. But we’ve lost count of those.

It is one of the little secrets of Australian politics that trashing campaign commitments is not, from the voters’ point of view, a hanging offence. Most expect it; they know politicians are loose with the truth. It’s only the political class that seems hung up about it. To paraphrase John Howard a decade ago: the question is not who you trust to tell the truth, but who you trust to run the country.

Today there seems a broad technocratic consensus for at least broadening the GST base. Then there are the political considerations: what’s in the Coalition’s interests and what’s in Labor’s.

The Howard government’s GST, taken to the October 1998 election, inflicted near fatal short-term pain, but the long-term political gains were considerable. At first it was seen as another of John Howard’s weaselly “non core” promises: he hadn’t said before the 1996 election that he would only introduce it after taking it to an election, he’d declared it would “never ever” be Coalition policy.

The GST was tossed into the public domain partly to provide definition and purpose to a drifting first-term government. There is a school of thought that believes it saved the Howard government, with the evidence being the modest recovery in its opinion poll stocks after the release of the package in August 1998.

But that ignores the backstory of how Howard and the Coalition found themselves in such a poor position. It was a year earlier, in August 1997, that the prime minister leapt out of bed after a spell in hospital to invite Australians to join him on a new tax “adventure.” When it became clear this would involve the dreaded GST, voters reacted with horror: the government’s poll figures, and Howard’s personal numbers, went dramatically south.

To say the Howard government successfully “sold” the GST is a distortion of history. The package remained unloved right through to election day and beyond. The government survived in office despite rather than because of it. Many Australians voted against the Coalition because of the GST, and others voted for it while wishing the GST wasn’t part of its manifesto.

Howard won that election with just 49 per cent of the two-party-preferred vote, the lowest winning vote on federal record, and parties opposed to the GST received more than 50 per cent of the primary vote between them. If it was a referendum on the GST, it received a thumbs down.

But eventually, after Australians got used to it, the GST became a political plus for Howard. It buttressed his post-2001 “conviction politician” persona, that of a strong leader who did what he believed was in the country’s interests, no matter how unpopular.

He dines on it to this day, and so does the Liberal Party. When boasts are made of his having been a “reforming” government, the GST is invariably (and often exclusively) provided as evidence.

The GST was unusual in going through the electoral process, but apart from that it presents a textbook case of how policy change comes about in Australia. Settled political history often depicts past leaders heroically convincing the country of the need for reform through relentless force of argument, but in reality there isn’t much of that. Most politicians are much better at demonising the other side.

Instead, unwanted change tends simply to be forced on the populace, often in direct contradiction of what was said before the last election. The downside of the change eventually turns out not to be as severe as had been feared. Relatively few people are personally disadvantaged. Most voters simply get used to it. And by the time the next election comes around what’s done is done and there’s usually no way back. People vote about the future much more than about the past.

Sixteen years ago it made sense, politically, for Labor to oppose the GST, and the strategy came quite close to delivering it government. But later, when the public became reconciled with the policy, it damaged the party’s image. In a similar way, when Labor’s carbon price became law in 2012 and the sky didn’t fall in, Abbott looked pretty stupid.

The renewed GST push presents a similar trap for Labor. When Kevin Rudd and Abbott faced off last August in the first campaign debate in the National Press Club, the then prime minister devoted a lot of time to warning voters of a GST hike under a Coalition government. The contrast with Rudd’s approach just weeks earlier, when the reinstalled leader was consciously rebuilding incumbency and authority, was jarring.

The party’s machine men had their claws into him, and Rudd was now behaving like an opposition leader. Abbott’s response during that debate, no doubt equally well-rehearsed, was that it was “embarrassing” to see a prime minister behave like this. It was a pretty effective line.

Rudd’s bleating and carping shrank him. Along with his policy thought-bubbles during the campaign, this desperate negativity defined his re-election strategy. (Of course, he was proven right: Abbott did have plans to “cut, cut – and cut,” and probably to raise the GST, but that provides no comfort to Labor today.)

It usually makes political sense for oppositions to oppose unpopular government measures, but a 2016 campaign against a tweak of the GST can’t hope to reap anything like the dividends of that accrued from opposing its introduction late last century. A party behaving with such obvious cynicism depletes itself in the eyes of the voter, especially if it is reduced to feebly parroting and reparroting corny lines devised in the bowels of some market research unit.

And if the chief orator is one Bill Shorten, one of the least convincing speakers to lead a major party in recent history, the benefits of opposing the tweaks will be even fewer.

If only there were a third way for Labor between outright opposition to changing the GST and total support.

Whitlam, the 1960s and the program

Continuity rather than rupture? Gough Whitlam speaking at the National Press Club in 1975. National Library of Australia, nla.pic-vn4694288 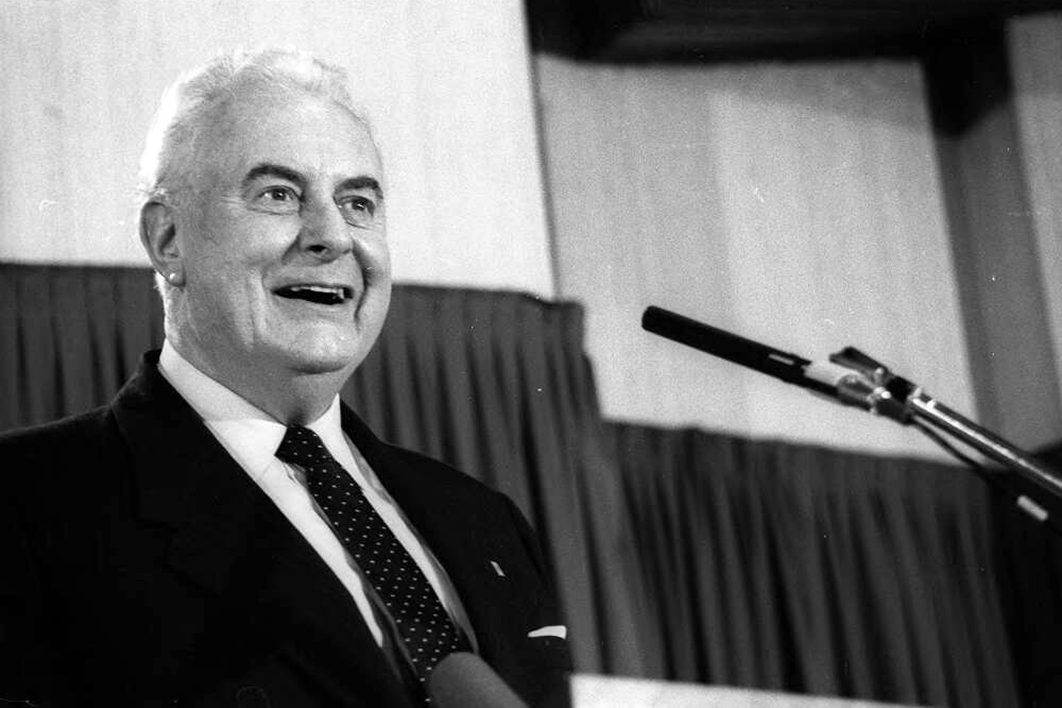 Continuity rather than rupture? Gough Whitlam speaking at the National Press Club in 1975. National Library of Australia, nla.pic-vn4694288