Is life too easy for MPs representing this well-heeled Melbourne electorate? 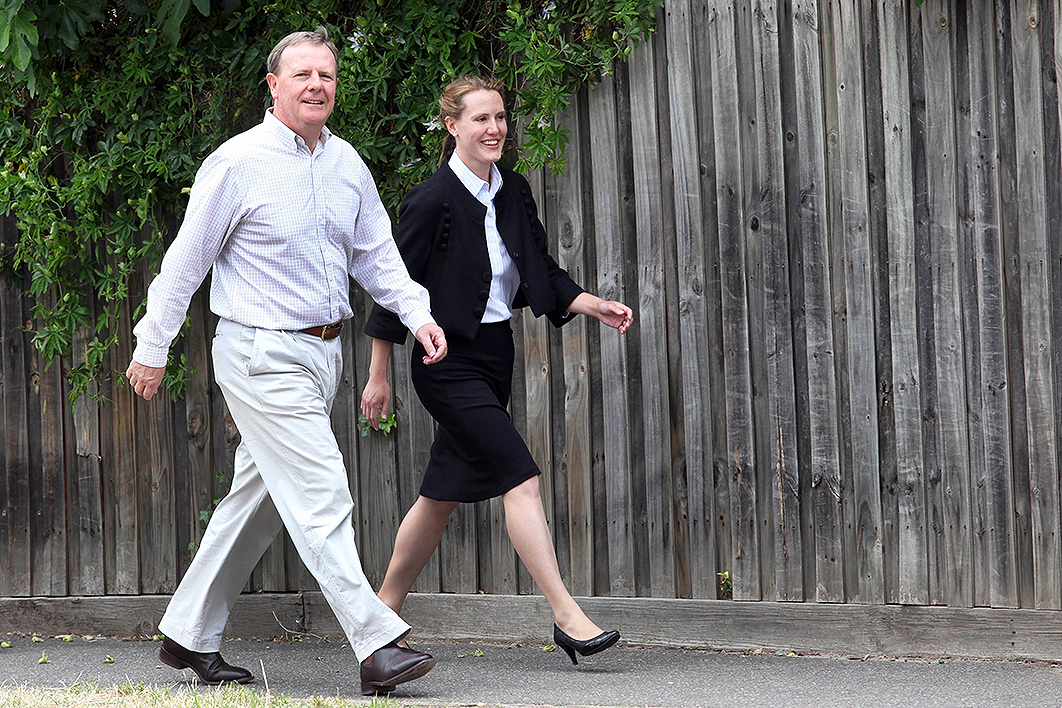 Numbers are being crunched. Liberal Party heavyweights are making phone calls, twisting arms and calling in favours. Candidates are being shopped around, speeches are being made, voters are being lobbied. No, it’s not another leadership coup in Canberra; it’s a preselection battle, taking place right now, in the inner-Melbourne seat of Higgins.

These battles mostly occur out of the glare of the media — though every now and then an exception proves the rule. From what little we know about this one, there is no anointed candidate lined up to walk into the spot. Former state MPs and candidates, ministerial chiefs of staff, party apparatchiks and rank-and-file members are all having a whack. It looks to be an open contest, and one that could get rough if previous Higgins preselections are anything to go by.

Higgins has been subject of fierce contestation and challenge for a generation or more. There’s no mystery about why: it’s seen as a “leadership seat” for the Liberals. Since the boundaries were first drawn in 1949, a new member for Higgins has always been regarded as a future leader or, indeed, has immediately become leader of the Liberal party room in Canberra. A very safe conservative seat covering Melbourne’s wealthy inner suburbs — your Tooraks, your South Yarras, your Armadales and Malverns — Higgins has given its representative ample time for climbing the greasy pole in Canberra, time that might otherwise have needed to be spent in Bunnings car parks and bowls club AGMs working a more marginal constituency with an eye to the next election. It has allowed the member for Higgins to be a high-ranking minister, twice treasurer, twice prime minister. By definition, it seems, this MP is destined for glory.

And yet Higgins has never produced the long-serving, transformative leader that might be expected of it. Members for Higgins have not quite made it to enduring greatness. Their leaderships have been cut short, or they have never got there in the first place; never quite assumed the leadership, and never quite succeeded in remaking the Liberal Party in their image, as other leaders — Menzies, Fraser, Howard — have. The member for Higgins seems at once to have enormous potential and to never quite meet it. It is the Curse of Higgins.

Harold Holt, for example, was an up-and-comer from the start. By the time he transferred to Higgins in 1949, he had spent fourteen years in parliament and was considered a star. In 1935 he had fended off five other candidates to gain United Australia Party preselection for Fawkner, apparently with consequential and possibly underhanded help from the Australian Women’s National League. (Indeed, according to Smith’s Weekly, Holt’s election confirmed to “the he-men of the party” that “the U.A.P. has gradually but definitely drifted under ‘petticoat’ control.”) Within four years he was minister without portfolio in the first Menzies government, and as early as 1958, when he succeeded Arthur Fadden as treasurer, he was seen as Menzies’s heir apparent.

As prime minister, Holt led the Liberals to a landslide win in 1966. His government looked positively progressive compared with Menzies’s — if not on cold war matters, then very much so on social and cultural ones. He led the (cautious) dismantling of the White Australia policy, made trips to Asian countries never before visited by an Australian prime minister, and appeared frequently on television to communicate more directly with the electorate. It was a more relaxed, more modern Liberal Party, one that wanted to embrace the future rather than cling to a bygone era. Just how far along that path Holt would have taken the party we don’t know; his disappearance at Cheviot Beach in 1967 meant he was gone before he could really wrest the party from the overbearing legacy of Robert Menzies.

John Gorton, on the other hand, had become Liberal leader before being selected as member for Higgins. Having been chosen after the Country Party vetoed the elevation of Billy McMahon to the top job, Gorton needed to shift from the Senate to the lower house. He nominated for Higgins unopposed, easily won the seat, and then guided the Liberals into a new phase of post-Menzies modernisation, advocating for a more pragmatic, reform-friendly, problem-solving approach than had been the norm under his predecessors. His vision was nationalistic, even isolationist: he wound down Australia’s commitment in Vietnam and generally questioned the long-established Forward Defence doctrine of countering communism everywhere in Asia.

Gorton was also a centralist, seeking to boost the involvement of the federal government in areas traditionally left to the states. In this and other areas, he sought to radically transform the Liberal Party. As Quadrant magazine observed in 1968, Gortonism was “exceedingly difficult for the traditional Liberal Party to digest.” Indeed, the Liberals eventually found the task impossible. In 1971 Gorton faced a party-room challenge, the vote tying. He took that as a vote of no-confidence and, bitterly, resigned. He quit the Liberal Party altogether in 1975, sickened by Malcom Fraser’s blocking of supply but more generally believing that the Liberals had become a tribal, hardcore right-wing party, miles away from the pragmatic, centrist Gortonism that had never really taken hold.

Gorton’s replacement in Higgins, Roger Shipton, a local party activist, never quite ascended to the heights of his august predecessors. Perhaps we could more charitably say that Shipton was ill-favoured by fortune. Upon Shipton’s death, Labor senator Robert Ray suggested that he could well have succeeded Holt in 1968 — giving him an early shot at a ministry, perhaps — were a seat not required for Gorton’s shift to the lower house. Then, eight years after he replaced Gorton, and just as he was looking ready to be brought into cabinet, the Fraser government was defeated by Bob Hawke in the 1983 election.

Shipton failed to impress during the cut-throat years in opposition, and party schemers began to eye his seat. In 1989, a plot was hatched to have then–Liberal Party president John Elliott installed in Higgins so he could seize the party leadership from John Howard. Had it come off, Higgins would once again have produced an immediate leader — who knows, perhaps even a third prime minister. But Shipton refused to budge, untempted by offers of board positions and cushy corporate jobs. Elliott held back, and Andrew Peacock toppled Howard instead, taking the party close but not quite all the way to government in 1990.

Plucky young Peter Costello didn’t hold back. With the assistance of Michael Kroger, he laid siege to Higgins, eventually trouncing Shipton ninety-seven votes to twenty-six in the 1989 preselection. With Costello, the Liberals had not only installed leadership material but a new kind of Liberal: a hardcore dry. Shipton was one of three “old Liberals” to be turfed out by the New Right in Victoria that year — Ian Macphee in Goldstein would be ousted by David Kemp, and Ken Aldred was defeated in Bruce by Julian Beale.

As treasurer and heir apparent to Howard, Costello became a dominant figure in the Victorian Liberals, shifting the ideological hue of the party. But he never quite made it to the pinnacle of the party, never quite got the chance to become the long-term leader Higgins seems to demand. Again and again, Howard failed to hand over the reins to his treasurer, as Menzies had for Holt; again and again, Costello failed to challenge Howard. To the surprise of many, he refused to contest the party leadership following the 2007 election. Instead, he retired in 2009, triggering a by-election and a fierce preselection contest for his seat. Though his legacy as treasurer was profound, he never truly managed to step out from John Howard’s shadow. The Liberal Party Costello left was a firmly Howardite one.

The initial set of names being bandied around in 2009 spoke to Higgins’s new status as a seat for right-wing high-flyers. Andrew Bolt, Michael Kroger, Tom Elliott, John Roskam and Tim Wilson were all talked about in party circles. In the end, the contest came down to Costello staffer and NAB lawyer Kelly O’Dwyer, and BRW rich-lister Andrew Abercrombie. Though many other candidates were cleared out of her path by her party patrons, O’Dwyer nonetheless faced some bitter opposition. Sophie Mirabella, the party’s women’s affairs spokesperson at the time, claimed some preselectors had been told Higgins was “not a seat for a woman because it’s a leadership seat,” and that the responsibilities of parliament might break up O’Dwyer’s marriage.

Abercrombie’s camp denied using such arguments, but clearly gender attitudes were a real problem for women in the Liberal Party, then as now — an especially amazing situation considering that women had been the key power bloc, the constituency that had to be won over, during Harold Holt’s 1935 preselection. Despite the resistance, though, O’Dwyer prevailed, the first woman to be endorsed for a safe Liberal seat in metropolitan Melbourne, and once again almost instantly an influential frontbencher.

Ten years later, Kelly O’Dwyer is leaving politics. Though she professes that her reasons are strictly personal, it is difficult not to interpret her resignation in terms of the party’s bitter ideological contest. Like her predecessors in Higgins, O’Dwyer didn’t manage to lead the party into a new era. Her politics, economically dry but socially rather progressive, can’t be said to have flourished in the Liberal Party under Tony Abbott, or even under Malcolm Turnbull. Indeed, mere months before announcing her resignation, O’Dwyer was reported to have warned her colleagues that the Liberals had become widely regarded as “homophobic, anti-women climate deniers.” Like all members for Higgins, she leaves the seat failing to have left an enduring legacy.

This time around, astonishingly, the Liberal candidate for Higgins may not even become the Liberal member for Higgins. Recent polls suggest as much as a 10 per cent swing against the Liberals in Higgins, which would send a Labor MP to represent Toorak and Malvern in Canberra. Perhaps that coup won’t come off, but at the very least we can probably expect Higgins to go from safe to marginal this year. That means more time spent in those Bunnings car parks and bowls club AGMs, and less time building a ministerial career in Canberra. It may well be that for at least a few election cycles Higgins will be a leadership seat no more.

On one level, that might sound like a step down for the member for Higgins. Then again, this might be just the thing to lower those overburdensome expectations; to allow whomever the Liberals preselect to just quietly do their thing, work their way up, perhaps even become leader one day despite having to work hard to keep their seat. Indeed, perhaps because they have to fight to hold their seat, because they are more in touch with the community and hardened by the challenge of keeping their head above water every three years, they will develop the hardiness needed to survive as a long-term leader. It’s no guarantee, but this could be just the thing to finally break the Curse of Higgins. •

Buoyed by the 2016 election result, Labor has been thinking big — with all the danger that entails 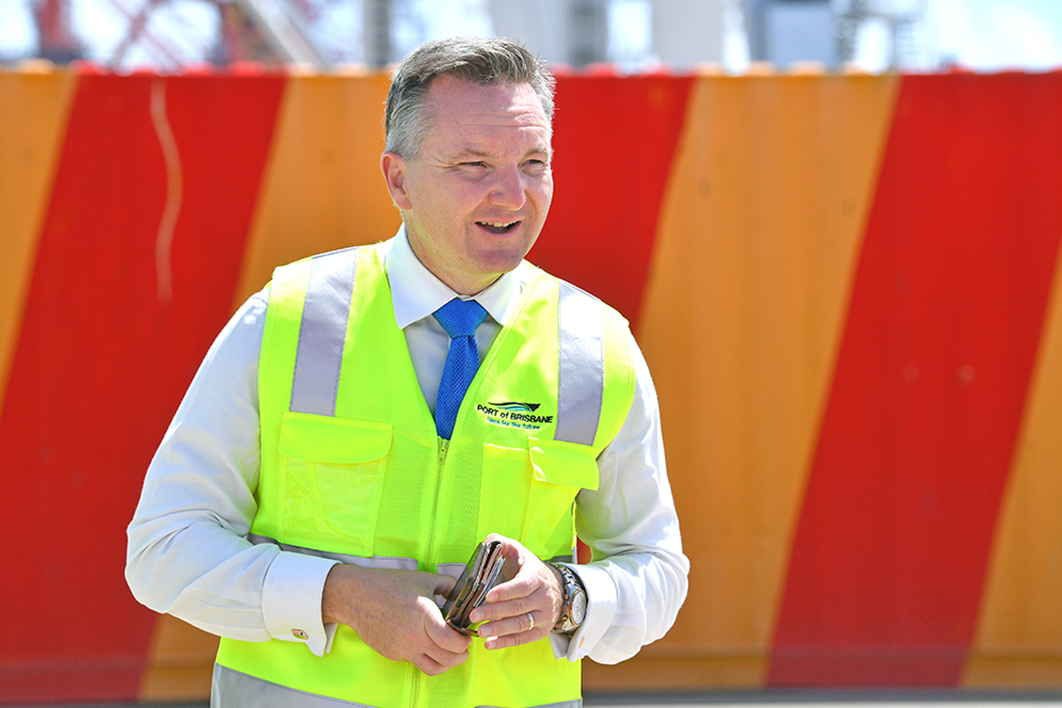