Falling home ownership rates are bad for households and bad for the economy, writes Saul Eslake. Governments are starting to respond, but much more can be done 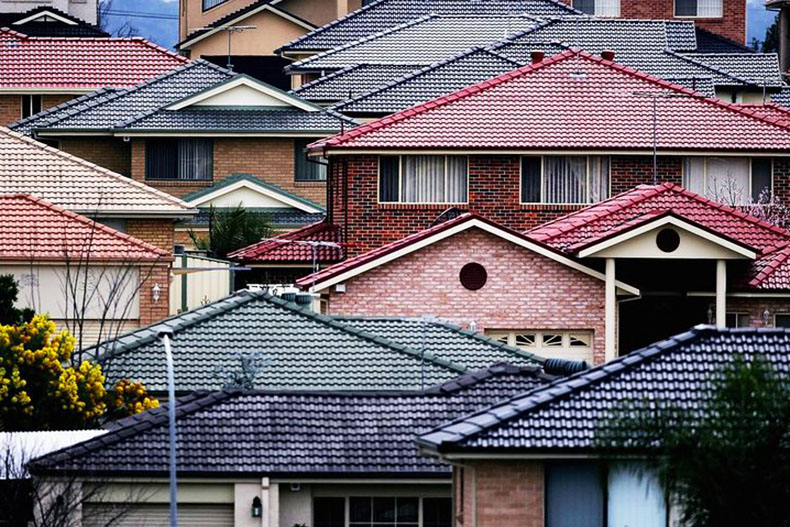 A home of one’s own – often described as the Great Australian Dream – is not a uniquely Australian aspiration, but for decades it has ostensibly enjoyed bipartisan support in this country. So it’s surprising to find that when the last census was taken, in August 2011, Australia’s home ownership rate was lower than at any time since 1954.

At 67 per cent, it was still a lot higher than in 1954, but the rate has nonetheless been gradually trending down since the peak of 72.5 per cent in 1966, as this chart shows.

Source: Australian Bureau of Statistics, 2011 Census Quickstats; A Picture of the Nation and historical censuses (catalogue 2107.0–2112.0).

The next census will be taken on 9 August this year (although we won’t get the first results until mid 2017). But surveys since the last census suggest that home ownership rates will have continued the trend.

The impact of these quite sharp declines among young adult and middle-aged households on the overall home ownership rate has been largely offset by households headed by people aged fifty-five and over, which now make up a larger proportion of the population. In that age group, home ownership rates are much higher, and have fallen by much less since the 1991 census.

The decline among households headed by young and middle-aged adults since the early 1990s is particularly striking given that mortgage interest rates during this period have been roughly half what they were over the previous fifteen or so years – and also given that federal and state governments have spent billions of dollars during this period on programs ostensibly directed towards promoting home ownership, such as first home owner grants and stamp duty concessions.

No doubt there are many reasons for this striking trend. Young adults nowadays typically spend longer in the education system (which is a Good Thing), and thus start earning (and saving) at older ages than they did in previous generations. If they have a tertiary education, they are likely to have accumulated HECS or HELP debt that has to be repaid – unlike those who were lucky enough to have gone to university when it was “free.” But whether they have a tertiary education or not, since they started working they will have been making compulsory superannuation contributions, which most people didn’t do until the early 1990s.

Young adults are also more likely to be in casual employment – which can make it more difficult to gain access to mortgage finance – than they were in the 1960s, 70s or 80s. And if they do form what they intend to be permanent relationships or have children – events often associated with buying a first home – they tend to do so later than previous generations.

Yet it is hard to escape the conclusion that the main reason for the drop in home ownership among twenty-five- to fifty-four-year-olds since the early 1990s has been the enormous increase in home prices. Depending on which series you use, residential property prices in Australia’s eight capital cities have risen by between 340 per cent and 390 per cent. By contrast, average weekly earnings for full-time adults have risen by about 165 per cent. As a multiple of average household disposable income, capital city dwelling prices rose from just under three times in the early 1990s to around five times by the early 2000s, around which level it has fluctuated ever since. Australia is by no means unique in this regard, although the ratio of house prices to incomes has risen further, relative to its 1990s average, in Australia than in most other OECD countries.

This outsized increase in Australian housing prices reflects the interaction of powerful forces on both the demand for and supply of housing. The “underlying” demand for housing has been propelled by rapid population growth, driven in turn by one of the largest immigration intakes of any advanced economy. “Effective” demand for housing has been further boosted by the dramatic fall in mortgage interest rates since the early 1990s, and by the greater availability of mortgage finance as a result of financial deregulation and greater competition among mortgage lenders. Together, these developments allowed households to borrow considerably greater sums for the purchase of housing than hitherto. On top of that, changes to the capital gains tax regime in 1999 greatly enhanced the appeal of leveraged property investment.

At the same time, increases in the supply of housing have been constrained not only by inherent geographical obstacles in many of Australia’s larger cities, but also by increasingly onerous land-use planning and zoning regulations, changes in how suburban infrastructure is financed, and underinvestment in transport links from “growth areas” to places where employment growth has been concentrated.

This sharp decline in home ownership rates among a significant segment of the Australian population is likely to have a number of profound consequences, especially if (as seems probable) it has continued since the 2011 census.

First, Australia’s retirement income system rests on an implicit assumption that the majority of retirees will have close to zero housing costs (beyond repairs, maintenance and council rates) – because a large majority of them will own their own dwellings, and moreover own them outright. That assumption is likely to become much less valid in future. Not only will fewer people own their homes as they reach retirement, but an increasing proportion of those who do will still have a mortgage outstanding – and thus will (quite rationally) elect to use some or all of their superannuation savings to pay off that mortgage, with the result that they will be less able to fund their own retirement incomes (in whole or in part) than intended. The result is likely to be greater pressure for increases in the value of the age pension, and more pensioners claiming Commonwealth Rent Assistance.

Second, declining home ownership rates among people who would once have been home owners – people who nonetheless have access to greater economic resources than those who would never have expected to become home owners – means increased competition for rental housing. Greater upward pressure on rents is one likely result, as are increased “housing stress” among low-income tenants and increased demand on the limited supply of public and community housing.

Third, since the ungeared equity in owner-occupied housing commonly provides the collateral that lenders require for loans to small businesses (especially startups), the decline in home ownership rates among this large age group may detract from the rate of small business formation over time. Given the outsized contribution that new businesses, in particular, make to economic and employment growth, this shift has potentially adverse consequences for long-run economic and employment growth.

Fourth, since property ownership has traditionally been the major source of wealth accumulation for middle-income households in particular (although that role has more recently been challenged to some extent by superannuation), declining home ownership rates may presage greater disparities in the distribution of wealth. Over the past decade, according to the Australian Bureau of Statistics, the average net worth of home-owning households has risen by $485,000 while that of renting households has risen by less than $95,000.

Government policies haven’t been the only cause of the escalation of property prices over the past twenty-five years, but they have clearly contributed to it. Federal and state government policies have helped to inflate the demand for housing – for example by giving cash grants or tax breaks to homebuyers, who in turn spend more on housing than they would otherwise have done, and by enhancing the appeal of property as an investment vehicle by increasing the generosity of the taxation treatment of capital gains. State and local government policies have helped to constrain the supply of housing by “locking up” land that could otherwise have been used for residential development, by imposing increasingly onerous building construction standards and controls over higher-density redevelopment of established areas, and by underinvesting in urban public transport and urban arterial roads.

More recently, governments have begun to step back from some of these policies. Every state and territory government has now either abolished, or substantially reduced, cash grants to first-time buyers of established dwellings (grants that would more accurately have been termed second-home vendors’ grants, since that’s where the money usually ended up), in favour of increased grants to first-time buyers of new housing (in the hope of inducing an increase in new dwelling construction).

The federal government has bolstered the Foreign Investment Review Board’s monitoring and enforcement of restrictions on the purchase of established housing by foreign residents, dampening a source of demand for housing that, at least anecdotally, had become more important in recent years. Last year, the Australian Prudential Regulation Authority, which supervises the banks and other lenders, required the banks to tighten the criteria they use in determining the creditworthiness of property investors and the amounts they are willing to lend – which also appears to have led to a softening in demand from that source.

Each of these measures has been implemented without any obviously deleterious impact on the housing market, beyond (perhaps) slowing the rate at which property prices have continued to escalate.

There’s no reason to think that the impact of the Labor Party’s policies on negative gearing and the capital gains tax discount would be any different. They would certainly not prompt a “wave of selling” by existing property investors, since they would be “grandfathered” under the Labor Party’s proposal. If anything, these investors would be less likely to sell their properties than otherwise. On the other hand, there would clearly be less additional investment in established housing, since after 1 July 2017 that would no longer be eligible for negative gearing for tax purposes.

But there may be additional investment in new housing, since that would be the only form of new investment eligible for negative gearing for tax purposes. Whether that turns out to be the case, and whether it results in an increase in the supply of new housing or an increase in developers’ and builders’ profit margins may depend on state and local government planning and zoning decisions.

But anything that lessens the demand for established housing from investors means that would-be homebuyers will face less competition in purchasing residential property. This should do something to stem the decline in the home ownership rate, even if only at the margin; and because the greater the number of people who succeed in becoming home owners, the smaller the number of people who need to rent (all else being equal), it’s hard to see why the Labor Party’s proposals will inevitably or necessarily lead to an increase in rents. •