The long road to a republic

Will Australia be the last redoubt of the British monarchy? 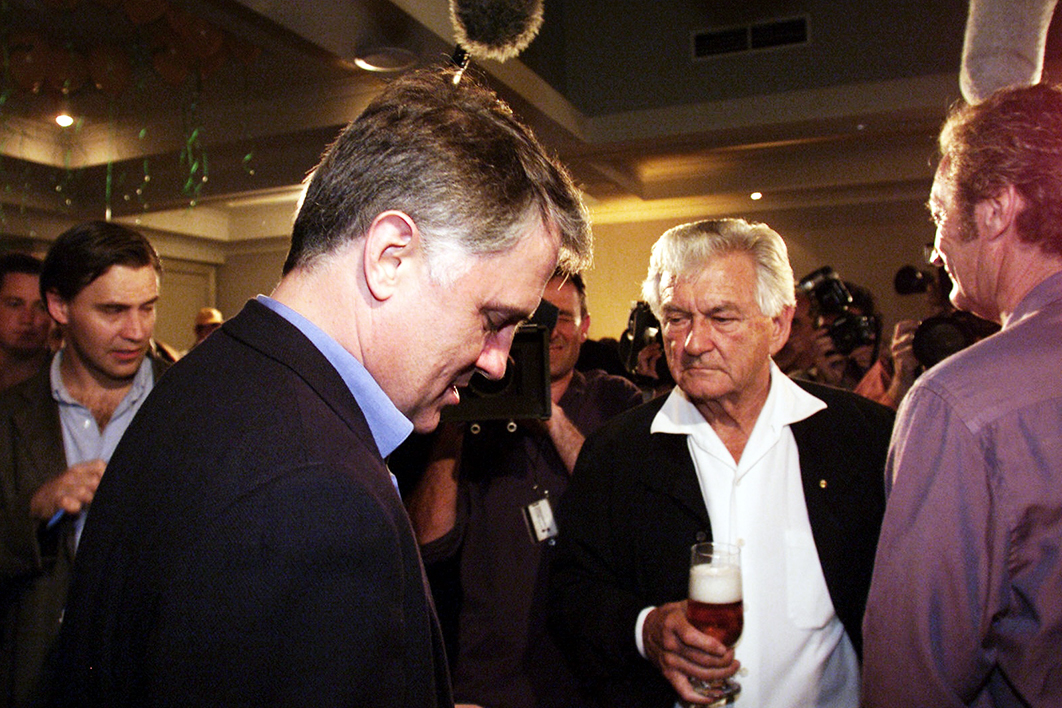 Twenty years ago this week, when Australians voted on whether their country should become a republic, the results anticipated many features of the 2017 marriage equality survey. Apart from the outcome, of course: the 1999 referendum failed, with just 45 per cent voting Yes; the 2017 survey succeeded, with 62 per cent voting in the affirmative.

In both cases, three federal electorates topped the Yes vote: Melbourne (71 per cent and 84 per cent), Sydney (68 and 84) and Melbourne Ports (now called Macnamara, 66 and 82). At each outing, Victoria was the most enthusiastic state.

And the strongest support for change came from high-income urban electorates, Liberal and Labor voting. In 1999, for instance, prime minister John Howard’s seat of Bennelong voted 55 per cent in favour, treasurer Peter Costello’s Higgins 64, and Joe Hockey’s North Sydney electorate 61. (Labor leader Kim Beazley’s electorate of Brand, by contrast, gave a resounding 66 per cent No.) In both cases, Australians in the capital cities were more in favour than their country cousins.

But there were differences. Two decades ago, low-income electorates (by city standards) with large migrant populations from non-English-speaking backgrounds, or NESBs, tended to be enthusiastic republicans. In 2017, they were among the strongest opponents of same-sex marriage. Of the western Sydney electorates, for example, migrant-heavy Watson and Fowler voted for a republic — 54 and 52 per cent respectively — but only small minorities — 30 and 36 per cent — wanted same-sex marriage.

At the other end, Lindsay and Macarthur, the middle-income low-NESB seats were against the republic, with 41.1 and 40.2 per cent Yes, but in favour of marriage equality to the tune of 56.2 and 52.1 per cent. (Another way of looking at it is that Lindsay and Macarthur voted similarly on both occasions relative to overall national support.)

State-wise, 1999 saw a continuation of a longstanding pattern of relatively low support for change in the outlier states prone to being suspicious of Canberra: Queensland, Western Australia and Tasmania. In 2017, though, New South Wales was the least supportive of gay marriage.

The 1999 pro-republic vote of 45 per cent could have been worse. Of the forty-four constitutional referendums since Federation, fourteen got less support and twenty-nine received more. At the time, one narrative had it that the evil genius John Howard had rigged the vote by forcing Australians to vote on a particular model rather than on the general concept of a republic. But that wasn’t Howard’s doing, it was the constitution’s.

A majority of Australians wanted to cut ties with the monarchy, but that group was split between a majority who wanted a directly elected president and a minority who favoured the minimalist, appointed model. Simple maths tells us that most of the direct electionists eventually opted for a bird in the hand, but enough of them were peeled into the No camp.

Or maybe that’s applying too much of a rational behaviour template. Maybe for some people the urge to inflict humiliation on “elites,” bankers and urban trendies overrode other considerations. That can happen in popular votes when people don’t care too much about the outcome. (By-elections tend to be like that too, which is why it’s unwise to take much away from their results.)

Our constitution is very difficult to change, partly because the exact wording of the amendment must be decided before it is voted on. New Zealand, without a written constitution, could move to a republic on a vote in parliament. They would probably hold a referendum first — “Shall we become a republic, yes or no?” — but it would be like Brexit, indicative only, with the details worked out later.

Our first federal referendums, in the first decade of last century, were held with general elections. That’s the sensible, low-cost way to do it. But along with the aggressively oppositional two-party system that developed around 1910 came the expensive habit of putting them up midterm. Dragging people to the ballot box to give a tick to some arcane wording change, which we’ve all managed quite well without so far? Little wonder the temptation to punish the perpetrator of this inconvenience has so often proven so strong.

Ideally, referendums concurrent with elections would again be the norm. What’s stopping that from happening is our politicians’ insistence that it can’t be done, that bipartisanship on a single issue is not possible during an election campaign.

If another republic vote is held, it’ll probably be on the direct election model. The president’s powers would need to be whittled down and codified, which would mean lots of mooted changes to the constitution, a boon for the No case. Alternatively we could simply transfer the governor-general’s reserve powers to the new position, so we’d have a president who, being directly elected, is able to claim a mandate superior to the prime minister’s, has the ability to dissolve parliament unilaterally, and is commander-in-chief of the armed forces to boot.

Put either of those plans to the electorate and the 45 per cent Yes vote in 1999 will start to look like the high-water mark.

One day, not soon, New Zealand — and Canada for that matter (where the founding document can be changed with super-majorities in federal and state parliaments) — will cast off the British monarchy. Even the Brits will likely do it before we do, in which case we’d have a non-existent monarchy in our constitution.

With former monarchists then forced to pick a side, a minimalist model would be the likely outcome — something similar to the plan rejected two decades ago. •

The constitutional amendment should provide for the pollies’ preferred model of bipartisan parliamentary appointment, but with a built-in follow-up referendum – mid-way through the second Presidency? – that puts the direct election model to the people. If the pollies are right, then that the second referendum will be defeated. If not, then that’s fine too, as the appointment model clearly wasn’t cutting the mustard. But, crucially, both sides of that pro-republic movement will have a stake in voting yes in the first referendum, unless of course they hate the other side’s model more than the present constitutional monarchy. 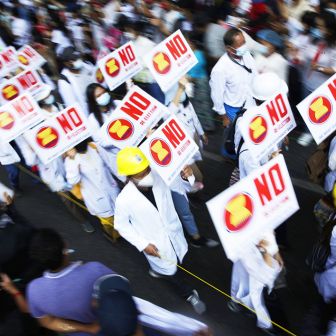 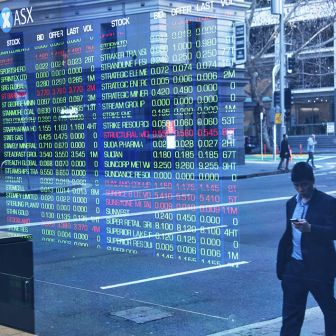 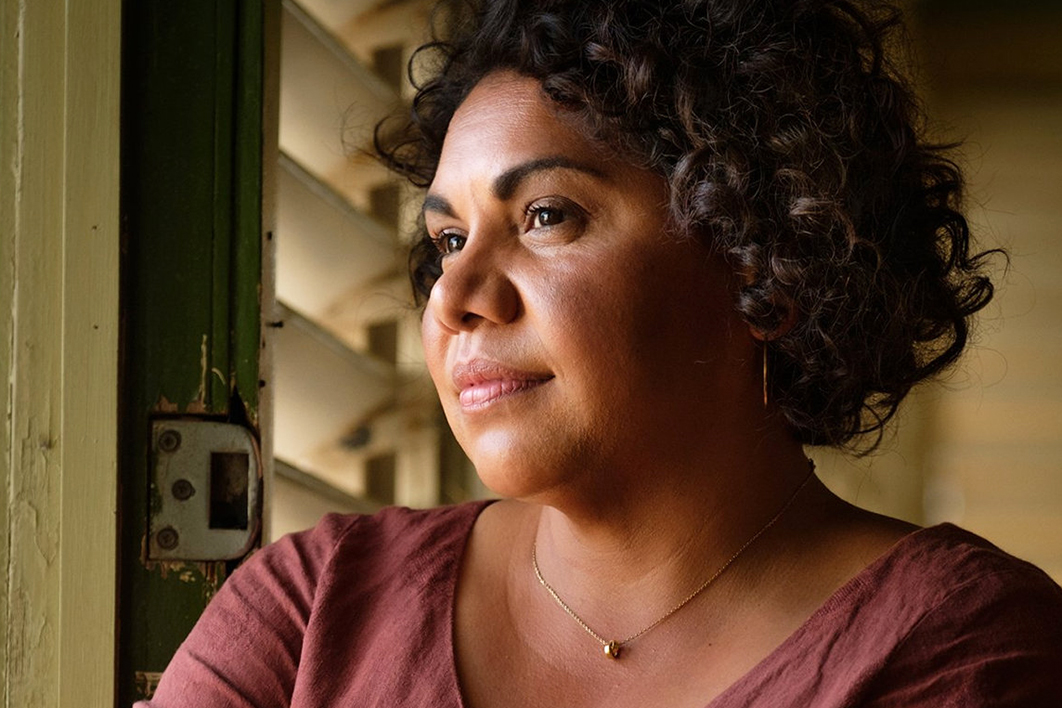