The Longman and Shorten of it 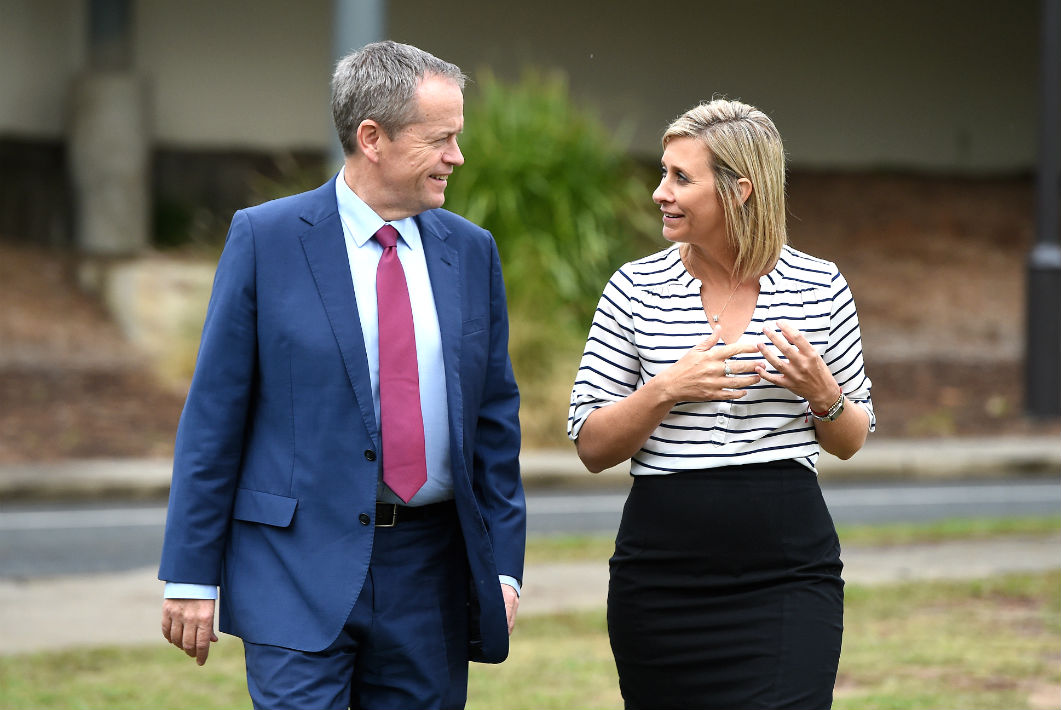 In his budget reply speech on Thursday night, Bill Shorten declared that a bunch of upcoming by-elections in Labor-held electorates — Braddon, Fremantle and Longman, where MPs have fallen foul of section 44 of the Constitution, and Perth, where the MP is retiring — would be referendums on the major parties’ tax plans.

With Labor certain to retain most of these seats, and likely to win all of them, and given that Wednesday’s High Court ruling made Bill’s earlier bragging about his party’s vetting processes look ill-advised, you could call this making a virtue of necessity. Nice work if you can get away with it.

The Liberals have announced they’re not running in Perth, which seems particularly unadventurous. Of the remaining seats, the most vulnerable is Longman, in Queensland, one of the party’s surprise gains in 2016.

Longman was created at the 1996 election and won by a youngish Mal Brough (aged thirty-four). By the time it fell to Labor in 2007 Brough was Indigenous affairs minister, an Action Man regularly on the nightly news as leader of a quasi-military exercise in that foreign land, the Northern Territory. The man who defeated him, former state Labor MP Jon Sullivan, held Longman for just one term; many blamed his 2010 loss — to the very young Wyatt Roy (aged twenty) — on indelicate comments to a voter at a public meeting. An unfriendly redistribution in 2009 hadn’t helped either.

Two elections later, in 2016, Roy was done in by minor-party preferences. By “preferences” I mean how-to-vote cards — most importantly those of One Nation, whose 9.4 per cent primary vote flowed 56.5 per cent to Labor and 43.5 to the Liberal National Party. That translated to a net gain of 1.2 per cent for Labor’s Susan Lamb, more than her winning margin of 0.8 per cent. The important “what if?” is how One Nation preferences would have flowed if the party had recommended Roy ahead of Lamb, or recommended neither (or even both, one on each side).

Debate rages about how powerful One Nation how-to-vote cards are. One important seat-by-seat unknown is the number of volunteers available to thrust the cards into voters’ mitts. One Nation doesn’t have a great number of those — nothing like the major parties or the Greens — but given the closeness of the Longman result we can be pretty sure friendly how-to-vote cards would have saved Roy.

One Nation will almost certainly preference the LNP at this by-election (and the next general one). Working in the other direction, Lamb will probably have built a personal vote.

But the most important factor in all this is the fact that by-elections are very different beasts from general elections. Who will form government is not at stake; huge swings are possible, though they are always corrected (give or take some personal-vote effects) at the next election. Expected or actual by-election outcomes should never be converted into projected general election results (which doesn’t stop many journalists and commentators doing just that).

This brings us to a ReachTEL poll conducted in Longman this week, commissioned by the Australia Institute. It gives a roughly 4 per cent two-party-preferred swing to the LNP, putting it at 53 per cent to Labor’s 47.

Don’t take too much notice of that figure, because there is a big, big problem with ReachTEL’s survey question.

The High Court’s ruling on Labor Senator Katy Gallagher came down on Wednesday, and Lamb and the three other MPs (one a Centre Alliance member) announced their resignations later that day. The ReachTEL survey was conducted on Thursday.

How many Longman respondents knew that they were about to be dragged to the ballot box because their MP has been caught out on a citizenship technicality? ReachTEL could have included that information in their question, along the lines of “As you may be aware, Susan Lamb has resigned as your local member because…” It would have been a big mouthful, so they opted for the general “If a federal election for the House of Representatives was held today…”

That means the results tell us almost nothing about the likely by-election outcome because… well, see the sentence above about the incomparability of by-election and general election numbers.

These numbers might give us a clue about how the major parties are travelling in the state with the third most electorates (thirty out of 151) in the country, very tentatively suggesting that Coalition support is holding up, at least there. (As noted last year, the re-election of the state Labor government boded nicely for the federal Coalition’s performance in Queensland.)

There’s good reason to believe Lamb may struggle at the next general election. But by-elections usually swing against sitting governments, and two last year suggested voters aren’t likely to blame their MPs for falling foul of section 44.

We have to wait for opinion polls about intended voting intentions for the Longman by-election itself to get an idea of that result.

On top of all that, individual seat polls are not terribly reliable at the best of times, and seem particularly hit and miss for by-elections.

Still, Longman remains the by-election to watch. Bill Shorten will certainly be keeping a close eye on it. ●