The man to watch in China’s transitional year

In the run-up to the 19th Party Congress, all eyes are on Wang Qishan, the public face of China’s anti-corruption drive 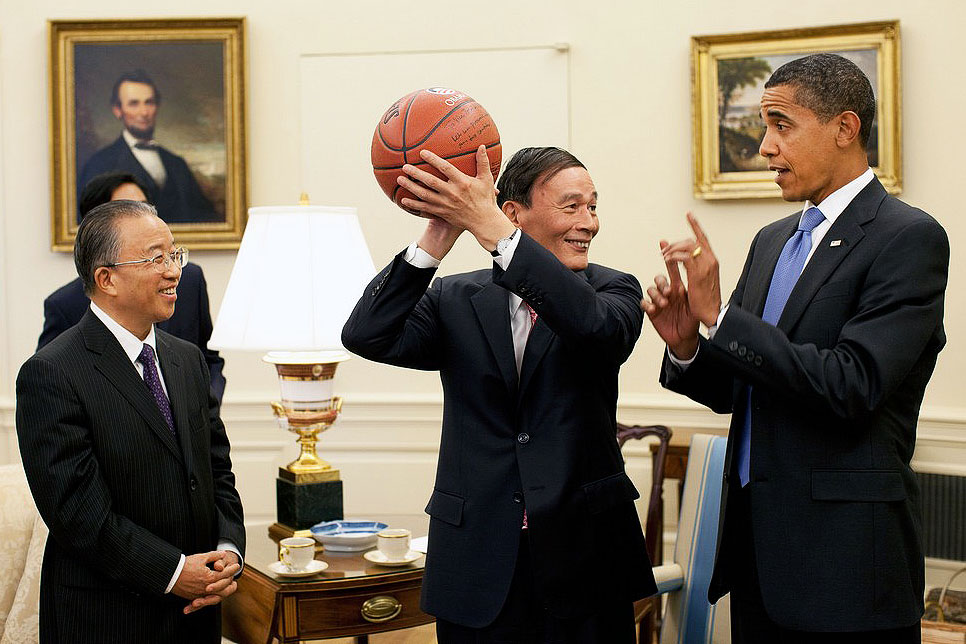 Five years ago, in the months before the 18th National Congress of the Communist Party of China, Beijing was rocked by unexpected drama — most of it supplied by Bo Xilai, party boss of the huge city of Chongqing, who was regarded as a major candidate for promotion that year. His fall, following claims of corruption and his wife’s involvement in the murder of British businessman Neil Heywood, gave the build-up to the big event a portentous air. Here were actual events hinting at strenuous lobbying and negotiations behind the scenes. For just a moment, it seemed like the black box of Chinese elite politics had been opened a little for the world to peep in.

That moment passed swiftly. Five years on, and with the 19th Congress in sight, the scene is less fraught. No deaths, so far at least, of elite leaders’ children in Ferraris on the outskirts of Beijing. (The victim of that 2012 accident was the son of Ling Jihua, a Politburo member ultimately charged with corruption.) Nor any rumours of attempted coups, as there were during that fortnight in September 2012 when the clear frontrunner for the top job, Xi Jinping, mysteriously dropped out of sight.

This year, things have been ominously calm, with only one major figure, Sun Zhengcai (ironically, Bo Xilai’s successor in Chongqing), unceremoniously removed from the picture. The landscape looks predictable and peaceful; and this, more than anything, should be cause for at least some alarm.

One source of insight into potential sticking points at the Congress, due to be held in October or November, can be found in claims by Guo Wengui, a flamboyant tycoon exiled in the United States. Over the past few months, Guo has been making increasingly bold claims, particularly about Wang Qishan, the enforcer of the party’s anti-corruption campaign since 2013, and a figure regarded as Xi’s most important ally.

We need to remember Wang’s significance, particularly for the Congress this year, before looking at Guo’s claims. According to a former Singaporean official I talked to earlier this year, Wang, whom the official had met, is a “political genius.” My own brief encounter with Wang, when I was part of a delegation of scholars looking at party reform in 2014, backs this up. He was impressive and formidable, a man who exuded control and confidence, and who evidently combines a wry wit with a fiendishly subtle political intelligence. His description of the anti-corruption struggle at that meeting as a case of “catching the rhythm and making sure we never let go” was both chilling and appropriate. Wang is clearly not a man to dice with.

And the fact that he has so effectively cleared out some very powerful figures over the last few years — from Politburo members like Zhou Yongkang, who were previously regarded as untouchable, to business figures and elite military leaders — shows how significant he has been to Xi Jinping’s key aim of restoring political and moral efficiency and meeting the core challenge of sustaining one-party rule. For this reason, there are many who have speculated about whether Wang will retire, as he was once expected to, later this year. He is beyond the normal retirement age of sixty-eight, but Xi has been hinting recently at the need to be flexible about such limits. Why put an operator as effective as Wang out to pasture when he is clearly still at the peak of his powers?

That brings us to Guo’s claims, the most recent and extensive of which are in the September edition of Hong Kong’s Mirror magazine. Guo certainly doesn’t hold back, declaring that Wang is guilty of murder, fathering illegitimate children, having extensive property holdings in the United States and elsewhere, and allowing his informal networks to run massive bank accounts in Britain, Switzerland and Australia. Guo paints Wang as the ultimate backroom deal-maker, a puppetmaster in the shadow play of Chinese politics, and someone whose understanding of and hunger for power is unparalleled.

The claims upend the current consensus, which tends to portray Xi as the strongman and Wang as his servant. By Guo’s account, it is Wang who is trying to run things. This aspect of his argument has prompted the suspicion that the allegations are based on leaks from associates of Xi, designed to ensure that Wang is brought down to size. We are seeing a little of the influencing, lobbying and competing that goes on behind the scenes in elite Chinese politics. After all, as Guo himself makes clear in his interview, no Chinese politicians are immune from claims that they or, more usually, their intimate networks are corrupt. It is just a question of degree.

We can’t yet treat Guo’s claims as anything except rumour and innuendo. He does attempt to provide what he calls proof: evidence of illicit bank accounts, particulars of houses owned by Wang’s associates, and details of the network around his illegitimate family. But none of this is cast iron. And his attack, full of furious invective and character demolition, has the tone of past takedowns of Chinese figures.

What is interesting, though, are the points of attack, and what they say about elite Chinese politics at the moment — how the need for moral character among leaders is being reasserted, and how the inability to control the intimate networks around a powerful political figure has become highly sensitive, and the hardest problem for any leader to effectively deal with. In the recent past, almost every significant leader has been caught up in claims of that kind. The question is, which of these claims stick (as those around the family of former premier Wen Jiaboa did) and which of them tend not to (the allegations about the wealth of Xi’s own family, for instance, which have not acquired the level of infamy of similar allegations about the sons of former president Jiang Zemin or the family of former premier Li Peng).

If Wang Qishan does have a clear role after the Party Congress, we will at least know two key things: first, that he is regarded as an almost indispensable ally by Xi, despite what Guo claims, and, second, that the rumours about the extent and foundations of his power are not likely to go away. In many ways, Wang Qishan is the key figure in the build-up to the Congress this year. His continuation in some official role will mean a wholly autocratic Xi narrative is less compelling. His retirement will mean that Guo’s somewhat extraordinary claims will seem a little less likely than they already were.

In 2007, a similar transition year, all eyes were on which emerging players would be promoted. This time, ironically, it will be far more experienced, senior figures taking up the attention. Their survival, or demise — and particularly Wang’s fate — will tell us an enormous amount about the nature and style of the Xi leadership. •