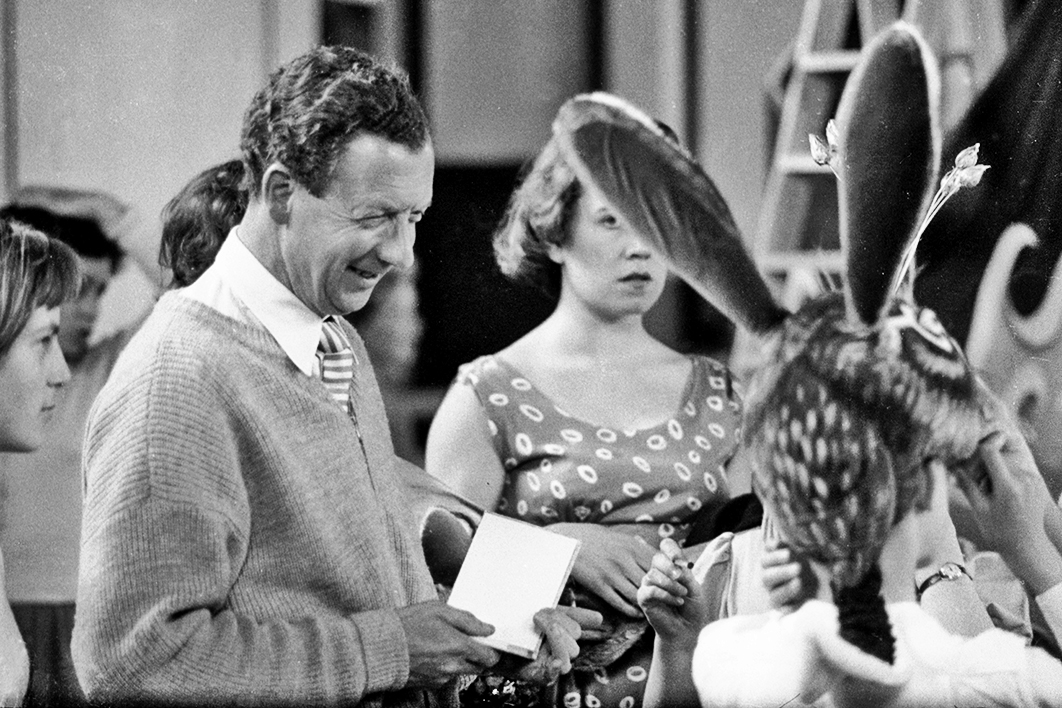 “It’s of no interest to me,” said the composer Harrison Birtwistle, speaking of amateur music making. He was being interviewed in 2013 at the Dartington Summer School of Music.

“I think it’s wonderful for people to come here to Dartington and play Beethoven Five. They’ll have a nice time and they’ve got their toe in the water of something quite interesting, but I don’t want to hear it.”

One of the things I’ve always liked about Birtwistle is the absence of sugar-coating. He says what he means, both in his words and his music, and if you don’t like it that’s too bad. “I can’t be responsible for the audience” is his oft-repeated disclaimer when listeners find his music heavy going.

His avoidance of amateur performance might seem ungracious (particularly at Dartington!), but if we’re honest, we all know, at some level, what he means. We don’t attend a performance by a primary school recorder group because we enjoy hearing “Little Bird” played out of tune; we go to offer encouragement to the young players in the hope that one day they may play something more interesting and play it in tune. If a high school orchestra is playing “Beethoven Five” — to take Birtwistle’s example — we might well think that we’d be better off (from a musical standpoint) buying a ticket to hear our nearest professional orchestra or staying home with a recording conducted by Furtwängler or Klemperer, Carlos Kleiber or Simon Rattle. But it’s not for Beethoven’s sake we go to hear a high school orchestra.

It’s as easy to criticise amateur music making as it is amateur dramatics, but while the principal benefits of both are surely for the performers, there can be musical gains for audiences too. Technical perfection, after all, is not the main point of musical performance. I have heard some famous musicians give spotless accounts of classics, playing the right notes in the right order and nothing else. I have also heard amateur orchestras give inspiring performances, albeit with wrong notes and dodgy intonation, that have taken me deep into the music.

Birtwistle’s remark can be found in a book called Beyond Britten: The Composer and the Community, which is less about amateurs playing Beethoven (or “Little Bird”) than about their involvement in creating new works. Benjamin Britten, believing it was a composer’s duty to be “useful, and to the living,” was heavily committed to working in his own East Anglian community (and further afield) with amateurs of all stripes. Choirs, of course, especially children’s choirs, but also orchestras.

In his 1958 opera, Noye’s Fludde, based on the late-medieval Chester mystery play, performers of various levels of experience are required. The orchestra, which is a mix of professionals and amateurs, includes a part for “third violins” in addition to the usual firsts and seconds. These third violins play only in first position, mostly on open strings. And as the animals board Noah’s ark, two by two, children in descending order of age, size and experience sing the parts of everything from lions and tigers to mice and birds. The truly remarkable thing about the piece is that while Britten certainly writes down for some of the participants in terms of technique, he does not write down in an aesthetic sense. This is one of Britten’s finest works.

In Atlas of the Sky, seen and heard at the Melbourne Recital Centre last year and coming up again in the Sydney Festival in January, Liza Lim has written music for a soprano and percussionists — Jessica Aszodi and Speak Percussion at the premiere — together with a “crowd” of volunteers. Twenty people, young and old, some of them with no prior performing experience, sing and play percussion instruments, real and invented — there is a passage for bowed chairs — and, moreover, they perform this seventy-minute work from memory. The intensity of the piece is surely down to the energy generated by the interaction between the soprano and percussionists and the “crowd,” the performance of the latter lifted by its proximity to the highly skilled virtuosity of the former. If the “crowd” consisted of professional or even experienced singers and percussionists, it might not be so powerful.

I am presently rehearsing a new work of mine with my local community orchestra, the Southern Highlands Symphony Orchestra. The orchestra commissioned it from me last year, and I’m not sure which of us has been on the steeper learning curve. Very few of the players had played much contemporary music before, and while, long ago, I used to conduct an amateur orchestra, I had never written music for one. The players’ skills vary, of course, and I tried to take this into account. Having attended several of the orchestra’s performances, I had a fair idea where its strengths lay.

So far, so good. The orchestra seems to be enjoying the piece and I’m enjoying the orchestra. I sense the players feel that they own this music, something I seldom experience working with professionals. The piece is called Big Bang, and during its seven or eight minutes the universe expands, explodes, reforms, expands and explodes once more. It is important to me that the structure of the piece is as clear as possible and the music makes “sense.”

It seems to be working. I don’t know that Birtwistle would enjoy it, but if the players are as enthusiastic at the premiere as they are in rehearsal, they will convey this music — my music, their music — to the people of Bowral, New South Wales, with lucidity and great energy.

Big Bang is dedicated to the memory of Richard Gill, whose own energy was the stuff of legends and who believed not only that music could change lives but that lives could change music. He worked with everyone from the finest musicians to non-musicians (I suspect he didn’t believe there were such people as non-musicians) and his loss is still keenly felt.

A similar powerhouse was John Curro, the founder, fifty-three years ago, of the Queensland Youth Orchestra and its conductor until his death last week, aged eighty-six. I have no doubt that if you surveyed the players in Australia’s orchestras to learn where they grew up, you would discover the majority are Queenslanders. You would also discover that they had once played in Curro’s orchestra.

Professional musicians might provide the more reliable accounts of “Beethoven Five,” but most music happens elsewhere, and arguably that’s the music that matters more to people’s lives. •