The non-greening of Daniel Andrews 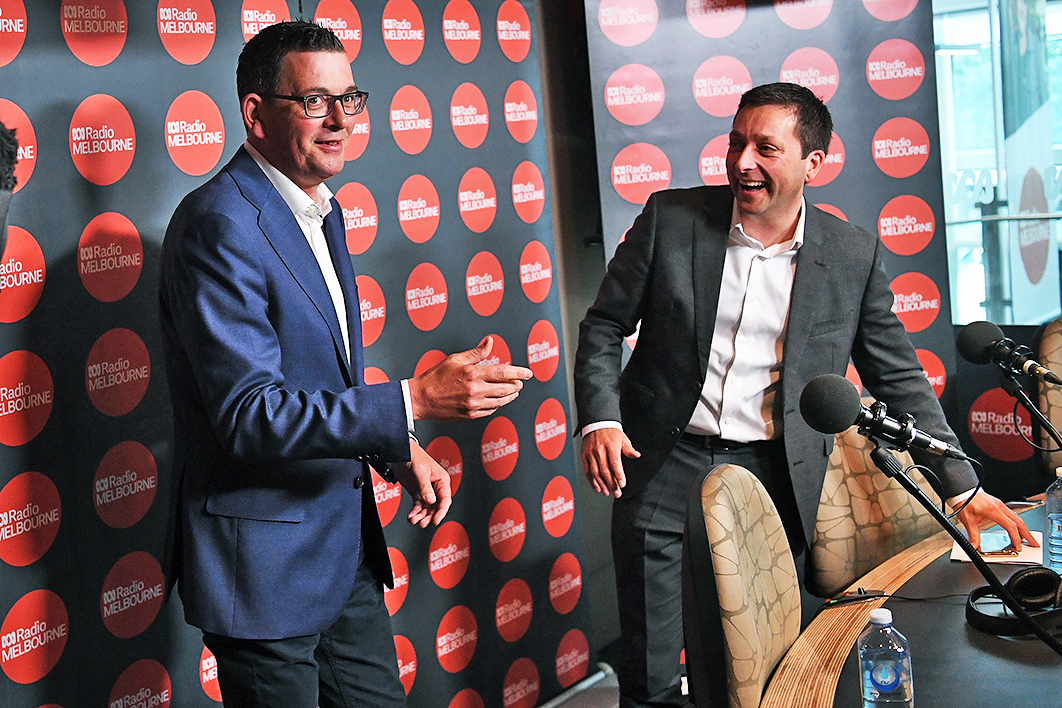 The only unpredictable part of Daniel Andrews’s fiery declaration, a week before the state election, of no deals with the Greens was the form it took. By focusing on that party’s allegedly “toxic” attitude towards women, he left open the possibility that things might have been different if the Greens had been better behaved. That, of course, is nonsense, but it is significant that the attack on the Greens made no mention of their ideology or policies — matters that might be of some relevance when organising the arrangements for governing.

Labor’s conflicted position vis-à-vis the Greens is well documented in Shaun Crowe’s recent book, Whitlam’s Children: Labor and the Greens in Australia (and in his piece this week for Inside Story). His interviews with a range of Labor and Greens MPs and activists reveal a much greater consensus within the latter party than in the former. Greens respondents largely see Labor as a fellow progressive party, albeit flawed in policy and practice, with which parliamentary cooperation and alliance are natural future developments.

By contrast, while several Labor respondents express sympathy with aspects of the Greens agenda (but fault them for preferring the elusive perfect to the achievable good), a significant proportion sees little in common and minimal basis for cooperation. Doubtless, some of this attitude reflects resentment at Greens incursions onto Labor turf, but there does seem a genuine feeling that the minor party is simply too outside the mainstream, especially in relation to its failure to worship at the altar of economic growth. Indeed, there are a few Labor figures whose anti-Greens posture is so intense that it seems likely they would prefer to cooperate with almost anyone else (including the Liberals).

Such a hostile attitude can easily be inferred from Labor’s behaviour in Victoria. Along with Western Australia, Victoria retains discredited group-voting tickets for state upper house elections, a feature that facilitates (through the “preference whisperer” industry) the election of micro-party candidates. Despite minuscule primary votes, these candidates are able to win seats and potentially take the balance of power. Informed analysts see the Greens as the most likely loser from the micros’ probable success at this weekend’s election, and this tends to confirm the view that Labor would rather deal with anyone (no matter how right-wing/reactionary) other than the Greens. Daniel Andrews would seem to be in this camp.

In terms of the lower house result, final polling indicates a two-party-preferred Labor lead of 53–47 or 54–46. Opposition leader Matthew Guy’s law-and-order theme appears not to have secured the necessary traction, despite no shortage of useful material. In the first and second weeks of the campaign, incidents of African-related violence were reported, and then followed the tragic events of Bourke Street.

Even if Labor managed a two-party-preferred vote of 54 per cent, a uniform swing would secure it only two Coalition seats. Hence, some interest may remain in the Labor–Greens battles, especially in the government-held seats of Brunswick and Richmond, where the incumbents will be hoping that exposure of the Greens’ internal problems will work in Labor’s favour. Indeed, the election looms as some sort of test as to how less rusted-on Greens voters react to a somewhat scandal-plagued election campaign, the most recent example being the standing down of a candidate over rape allegations.

Finally, while the paucity of polling during the election campaign has been a frustration for political tragics, the apparent lack of movement during the past four weeks suggests that it may have been money well saved for media outlets. •