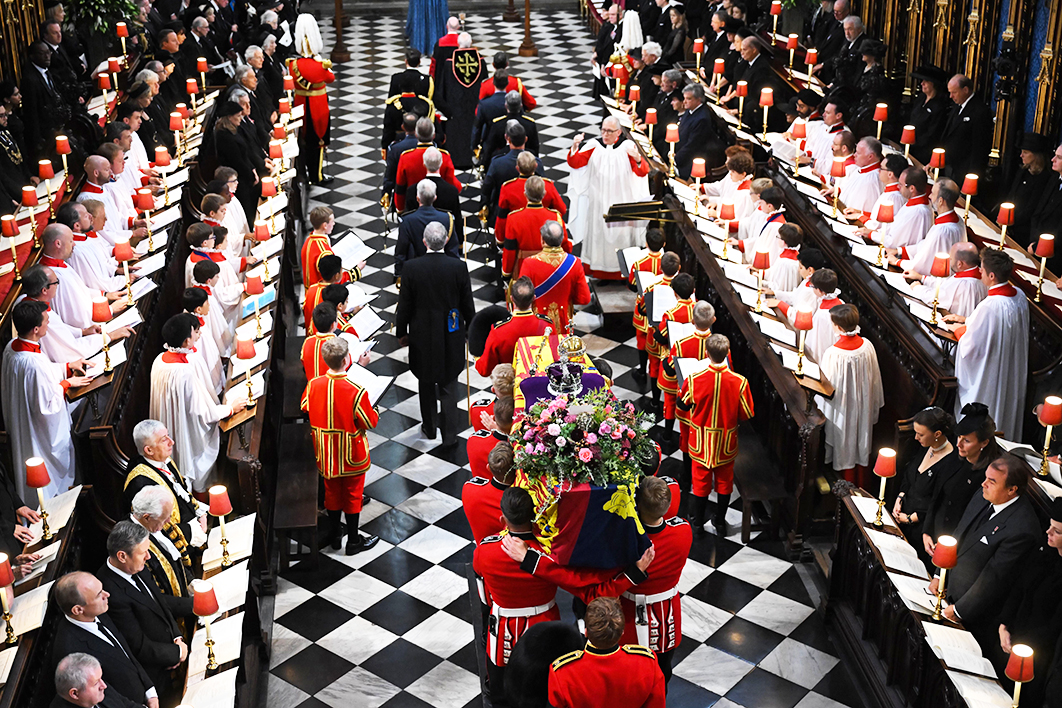 Made new again: members of the two choirs at the Queen’s state funeral in Westminster Abbey on Monday. Ben Stansall/PA Wire

Thou knowest, Lord, the secrets of our hearts;
Shut not thy merciful ears unto our pray’rs;
But spare us, Lord most holy, O God most mighty.

The seventeenth-century composer, Henry Purcell, wrote three choral settings of these words taken from the Funeral Sentences in the Anglican Book of Common Prayer of 1549. The first two versions are somewhat elaborate, involving polyphony (the voices contrapuntally out of step with each other) and the repetition of words. But the last, dignified and direct, the voices in rhythmic unison, was composed for the funeral of Queen Mary at Westminster Abbey in 1695. Later the same year it was sung at Purcell’s own funeral, also in the Abbey, where he was buried near the organ.

At Purcell’s funeral, it is possible that another of the sentences was put to music by the young William Croft, who would go on to become the Abbey’s organist. At any rate, Croft published a complete set of the sentences in 1724, retaining at its heart Purcell’s setting of “Thou knowest, Lord.” Croft had felt it could not be bettered, as he wrote in the preface to his edition: “The reason why I did not compose that verse anew (so as to render the whole service entirely of my own composition) is obvious to every Artist.”

Since their publication, Croft and Purcell’s Funeral Sentences have been sung at every British royal and state funeral, and they were sung again on Monday as the coffin of Queen Elizabeth II was carried into Westminster Abbey.

I never met the late Queen or even saw her passing by, and I must admit I hadn’t felt myself especially invested in the story of her death, though I realise many were. (Even Cuba has held a day of official mourning.) But watching the funeral I was drawn in by the music. There was a traditional element to everything heard that day, traditions not only expressed by the music but also embodied in it. It’s one of the things music — all music — does so well. Storing up memories, private as well as public, the sound of music can unleash waves of sentiment and history in a far more immediate manner than words or images. And there it all was, from imperial pomp to simple grief.

For many people — especially those in the Abbey invited to participate — the hymn singing would have been the emotional heart of the music. In the Anglican world, the chosen hymns were especially well known, and a good proportion of the congregation would have sung them all their lives. But even in England, the everyday familiarity of such music has faded in the last half century, and for the majority of those watching from afar, the hymns, though undeniably stirring with their trumpets and high treble descants on the final verses, would have rung few bells.

The Abbey’s real bells were another matter. Muffled (like all the drums), as is customary following the death of a monarch, their muted peal rang on through much of the afternoon, the continually shifting patterns of change-ringing familiar enough in sound if arcane in detail (“Stedman Caters,” the sequence in question, involves moving through 5096 different permutations of the bells).

Change-ringing predates Purcell, beginning in the early 1600s with full-circle ringing, which allowed bell-ringers greater control over timing and the requisite precision to ring complex changes. The Great Highland bagpipe is at least 200 years older, and its presence en masse, as the Scottish and Irish regiments marched to the Abbey, was frankly thrilling (“Why is the music so cheerful?” my twelve-year-old daughter wondered). At the end of the service in the Abbey — and later at the interment — a lone piper played a lament. Who said bagpipes weren’t versatile!

For the origins of marching we must look to ancient times. Fast marches, quick marches and slow marches all have their military functions. From the Abbey to Wellington Arch at Hyde Park Corner, thousands of troops marched with the Queen’s coffin as members of the royal family walked with them. Here, it wasn’t so much the band’s playing of funeral marches of Beethoven and Mendelssohn that was so affecting as the relentless, almost hypnotic, tread of the thousands of feet. The tempo of seventy-six beats per minute never wavered and the procession took forty-five minutes to reach its end. (I’ll leave you to do the maths, but there were not quite so many steps as there are changes in “Stedman Caters.”)

The oldest form of music heard that day was, of course, the singing — and children’s singing at that. It is, one may safely assume, the earliest form of music there is, though here it was linked to the newest pieces, two anthems composed for the occasion by Judith Weir and James MacMillan.

The music might have been new, but the habit of commissioning it, dating back to well before Purcell’s day, is not. As though to provide context, the combined choirs of Westminster Abbey and the Chapel Royal also sang a tiny anthem composed by Ralph Vaughan Williams for the Queen’s coronation. (The fact that at her coronation there had been music specially written by someone born in 1872 rather underlined the late monarch’s longevity.)

If Weir’s and MacMillan’s pieces were being heard for the first time on Monday, the hymns were being sung for the many thousandth. But here’s the thing; it was all new. Music can only be heard in time and the time is always now. By the same token, musical tradition is renewed every time a baby produces a gurgle for its own amusement. The boys in Monday’s choir were themselves babies quite recently, their gurgling now replaced by a remarkable degree of expertise in an art that affects us more than others because, to some degree, we are all part of it and because music also seems to know the secrets of our hearts. • 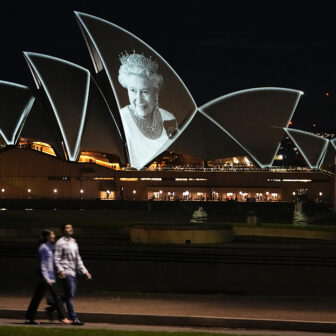