The tyranny of the present

In the battle to write history as it unfolds, too much notice is being taken of shifts in the polls, writes Peter Brent 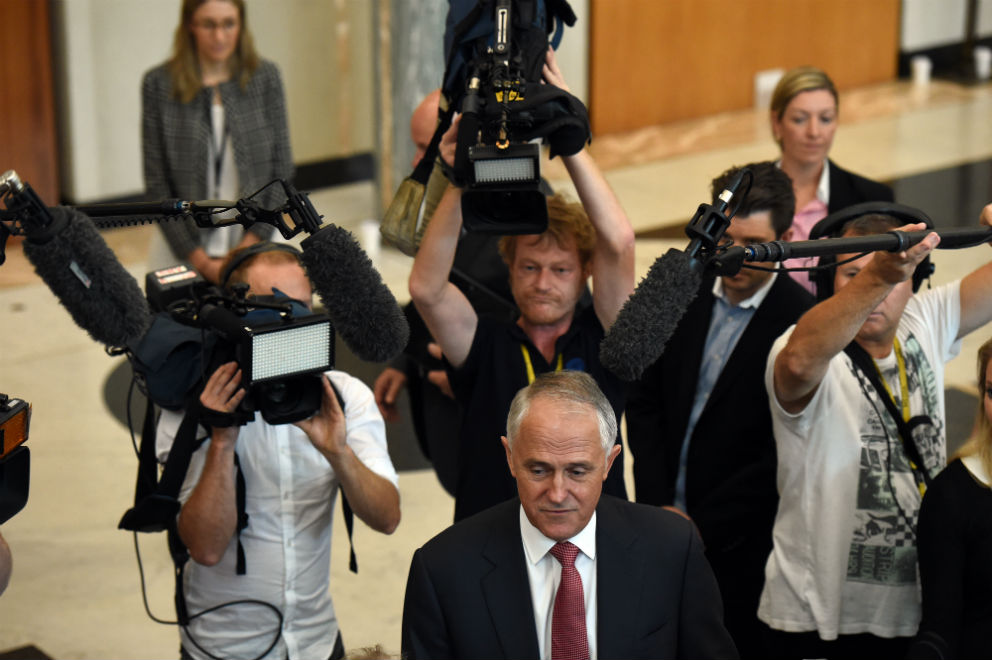 Momentum moment: Malcolm Turnbull followed by the media after speaking to members of the Australian public service at Parliament House this morning. Mick Tsikas/AAP Image

In the weeks after Malcolm Turnbull replaced Tony Abbott last September, Labor insiders began rolling out a certain version of the contest. It was now, they explained to political journalists, all about those voters who had not yet made up their minds about the new prime minister.

One of them put the argument to Laurie Oakes in News Corp tabloids in the context of the most recent Newspoll, which had the Coalition on 50 per cent after preferences (support for the government, as we know, continued to soar). Fifty per cent of respondents said they were satisfied with Turnbull, 25 per cent were dissatisfied and 25 per cent undecided. According to one player, “there’s a race to characterise him for that 25 per cent.”

Today the utter irrelevance of that formulation is obvious. Who cares what people thought seven months ago? They can, and often do, change their minds; Turnbull’s ratings subsequently continued skywards, then declined and at last observation were still heading south. Yet the tyranny of the present and over-literal interpretations of opinion polls remain dominant.

A political observer whose expectation of the next election result derived solely from the latest opinion polls would now pronounce the contest evenly poised. It could go either way, they might say; in fact, we might end up with a hung parliament.

Armed with those surveys – which all put voting intentions on around 50–50 after preferences, compared with comfortable Coalition leads several months ago – they might assess the Labor opposition as having put in a strategic blinder so far this year, while the Coalition’s effort has been an embarrassment of blunders.

If next fortnight’s surveys put the Coalition comfortably ahead, though, the events of this week will have to be rewritten.

References to “momentum” also abound. “Momentum” is the ultimate commentator conceit because it largely refers to how they narrate the drama. The prime minister needs to convince them to cast him and his actions in a positive light again; he must, once more, appear headed for victory. He needs to regain momentum. Ultimately the storytelling will depend on the polls. That’s where he needs to regain dominance.

Urging a political leader to improve their polling position is diabolical advice. Lay the ground for voters’ decisions at the election, yes, but attempt to maximise next week’s polling and you’re creating a recipe for malfunction. (When a leader’s position is under internal threat, this aspiration is at least understandable.)

Polls are not ends in themselves. Yet many inside the political bubble treat them as such. And this, oddly, includes the people who you would think would know otherwise, the party pollsters.

How should polls be interpreted? One thing is for sure: a poll does not tell us how an election would have panned out last weekend.

Take as an example a high-profile event from fifteen years ago. On Friday 5 October 2001, prime minister John Howard, dominating in the aftermath of Tampa and September 11, called an election for 10 November. Polls at the time had the government far in front, on 56 or 57 per cent after preferences, yet over the five weeks to election day the numbers narrowed and at the ballot box the Coalition’s two-party-preferred vote came in at 51 per cent.

Broadly, there are two ways to view that polling trajectory. One, probably the majority view, is that it was a matter of timing, and had Howard had the foresight to visit the governor-general a month before, in early September, for an election on, say, 6 October, the Coalition victory would have approximated those poll numbers, and he would have enjoyed the biggest federal landslide since the second world war.

The other interpretation, the one I hold, is that the Coalition win at any time would probably have been about the same, around 51–49.

In other words, those late September–early October polls were never accurately “measuring” how an election would pan out. They were influenced by emotionally intense feelings about events that don’t, when people finally approach the polling station, much inform their vote. As the campaign progressed, minds were always going to return to more mundane issues, like economic security.

Some have rumbled recently that Turnbull erred in not (somehow) engineering an election late last year to capitalise on his honeymoon. In my opinion this would have been disastrous for him: it would have struck electors as gimmicky and insubstantial, generating a troubling authority vacuum. The template is Julia Gillard’s 2010 rush to the polls: incumbency-free, authority-free, all smiles and photoshoots; a gift for the opposition leader. Elections are serious business for voters.

Turnbull was wise to avoid that course of action last year, but now, in early 2016, bouts of insecurity appear to drive him to play the poll game: throw up big ideas with the hope of generating a boost. As if the aim were to take a poll lead into the campaign, not to win a majority on election day.

One day the election campaign will be over. Then, what happened this month and the other months will be rewritten through the prism of the result. Either Malcolm will be a wily operator who always knew what he was doing, or the year, and the future, will belong to Bill Shorten.

There is, as they say, only one poll that counts. •

In America, voting isn’t a democratic right that comes easily

Worse and worser: tighter rules will make it harder for many groups to vote this year. Keith Ivey/Flickr 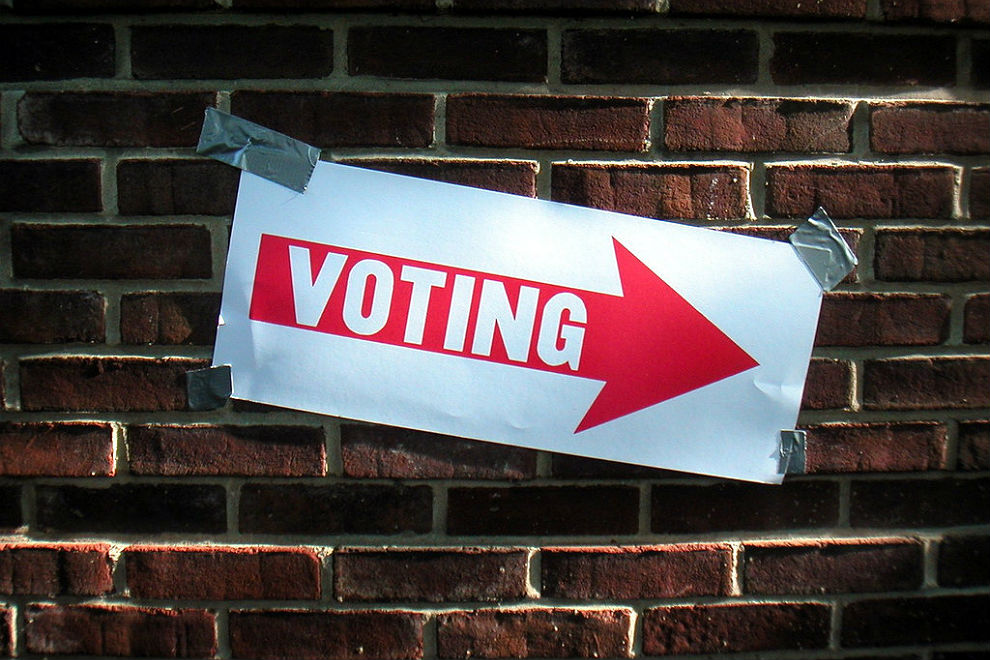 Worse and worser: tighter rules will make it harder for many groups to vote this year. Keith Ivey/Flickr