Time to slay some sacred cows 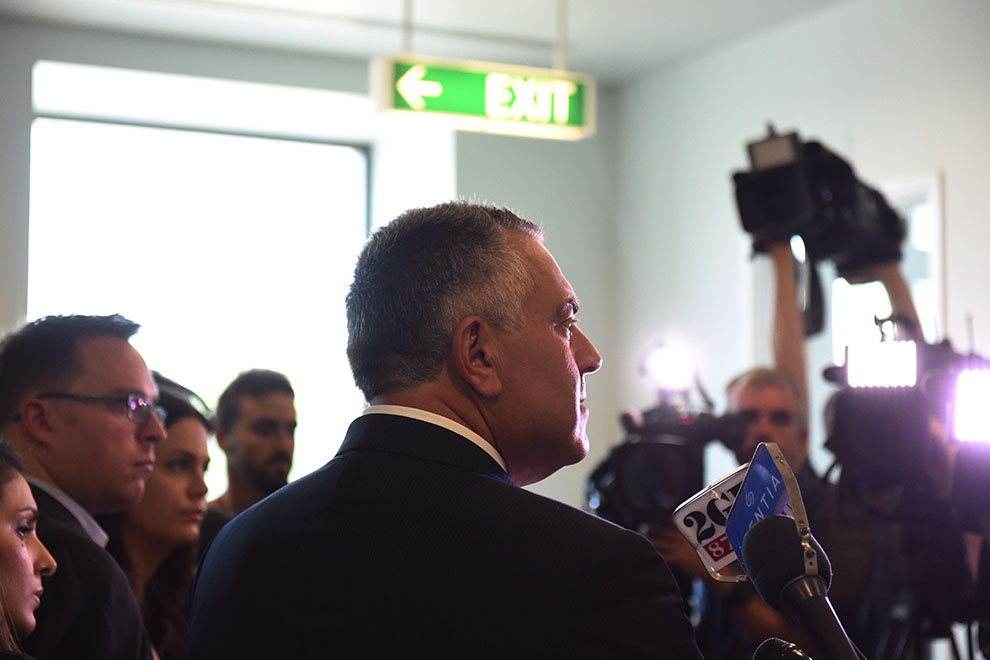 It says something about the nature of our public policy debate that the solutions to the problems each of them identified are in full view in front of them. But sacred cows will need to be dealt with. No problem, you might think? After all, both of them are tough guys. The trouble, I think, is that our leaders are in the sacred cow business.

“Imbalance” is a popular euphemism these days in the global economic debate. Internationally, growth economies aren’t borrowing and weak economies are borrowing too much, creating an endemic instability. In Australia, as the tide rolls back on our recent booms, household debt looks too high. Our public finances have been drawn down to offset the impact of the global financial crisis. And our industry structure is too heavily exposed to commodities. In short, Australia has some worrying imbalances.

Hockey chose to assert once again that Australia risks becoming an indigent if his budget is not passed by the Senate. Narev highlighted a lack of economic confidence and stressed the need for coherent policy to support a more diverse investment base and create an economy less exposed to volatile commodity cycles.

Narev’s narrative points to how Hockey’s problem might be solved. Hockey’s own solution, however, is clearly part of the malaise that Narev worries about. Ironically, if Hockey went for a plan like the one urged by Narev it’s entirely likely that banks like the Commonwealth would be in the hot seat.

The total preoccupation of Canberra with the budget, and budget deficits more generally, is a one-track story that reminds us of Bob Carr and his inane notion that Standard & Poor’s ratings are a measure of state government management. When we look at broader budget options, though, we can see what’s wrong with Hockey’s view and how Narev’s priorities might be cast.

The federal government has a series of deficit-reduction measures – particularly in health and education – stuck in the Senate. At $7, the Medicare copayment would have eased the budget deficit by $3.5 billion over five years – in other words, perhaps $900 million a year, at best. In their original form, the university funding reforms would save $5.84 billion over ten years; after the amendments, the plan might cut $500 million a year, at best. So the budget strategy is gridlocked for a saving of perhaps $1.4 billion a year, while the deficit is headed for thirty times that number. There have to be better options.

Flip over to Narev’s concerns. One of the most striking trends in Australia is over-investment in housing. There was a time when rising home valuations encouraged Australians to spend, but that effect appears to have gone as the consumer’s sense of security has waned (encouraged, perhaps, by Hockey’s constant assertion that we face economic ruin if the budget is not managed his way). Household debt levels are clearly a drag on the economy, undermining consumer confidence and increasing the risks we run if we mismanage the decline of the resources sector.

Hockey might well look at the housing market and consider two policy options. First, he could review the regulations that have lifted lending for housing from about 30 per cent of total bank lending to about 60 per cent. According to the Economist, mortgage loans have accounted for virtually all of the increase in private sector debt as a share of GDP globally since the 1970s. Banks have gone from being substantial lenders to businesses to being heavy lenders for private housing.

We know that the regulations that make banks more profitable provide a strong incentive for them to lend for houses. We also know that direct tax subsidies for housing are a major cost to the federal budget and a substantial reason for overinvestment. And we know that the last financial crisis was directly related to excessive home lending. Indeed, many international commentators think Australia’s housing market today is a “bubble” waiting to burst.

What are the incentives Hockey should look at? Among Australia’s tax loopholes and preferences, tax exemptions for private housing top the list in terms of the cost to the budget. Treasury puts the total at $46 billion. So, if Hockey wants to promote a wider diversity of business growth – and if he really wants to take a serious shot at the deficit – he might see merit in changing the rules that encourage Australian banks to lend aggressively for housing. Even a moderate rebalancing of bank lending should improve opportunities for businesses and help the budget’s bottom line.

Pundits would no doubt point out that the exemption of housing from tax is very popular. That much is obvious. What we don’t know is how the public would respond if the political leadership pointed out how removing these incentives would reduce prices, which would take considerable pressure off current generations facing gigantic obstacles to owning their own homes. Leadership might also point out that this excessive investment is largely consumed in asset inflation and handicaps the innovative investors essential to a dynamic economy. It’s also a reform that is completely fair. It affects everyone.

Superannuation tax exemptions will take almost $30 billion from the budget in the current year. This cost is split almost equally between the tax lost by concessions on employee contributions and the tax exemptions for the income earned on superannuation fund investments. This staggering cost has been growing at a rapid rate.

The logical purpose of our savings policy is to encourage Australians to become independent, reducing their reliance on public pensions. Twenty years after it became compulsory, we might expect that much has been achieved. Yet a study for CPA Australia found that, as superannuation balances have built up, debt has also grown. On average, people are no better placed for savings now than they were before the policy was introduced.

Again, Hockey would no doubt be advised that the superannuation industry would be a nasty opponent should he attempt changes in the policy. But would the public be so hard to convince?

Superannuation levies are compulsory. In 2013, the Labor government legislated for changes that would hike the levy from 9 per cent to 12 per cent over a few years. Hockey retained the increase to 9.5 per cent and pushed out the steps to 12 per cent by a few years.

Given that the public has worked around the policy goal to improve their savings performance, how much do they really care about the tax shelters – which are largely of material benefit to people well above average earnings? A decision to give back to people control over about 10 per cent of their income might not only put a very large amount back into the budget but also prove very popular.

Finally, there is another big-picture argument. What housing and superannuation highlight is the enormous amount of economic capacity trapped largely in domestic assets, and mostly in existing assets. We seem to have a very heavy preference for pushing up the prices of businesses and property that already exist. And that’s risky, because it reduces the potential for innovators and growth.

If Australia has been living beyond its means, then it is these policies that are the very clearest indicators. •

A place to call home

In her winning entry for the Gavin Mooney Memorial Essay Competition, El Gibbs looks at the link between housing security and mental health

Lots of different people rubbing up against each other: Katoomba, in the Blue Mountains west of Sydney. AFP 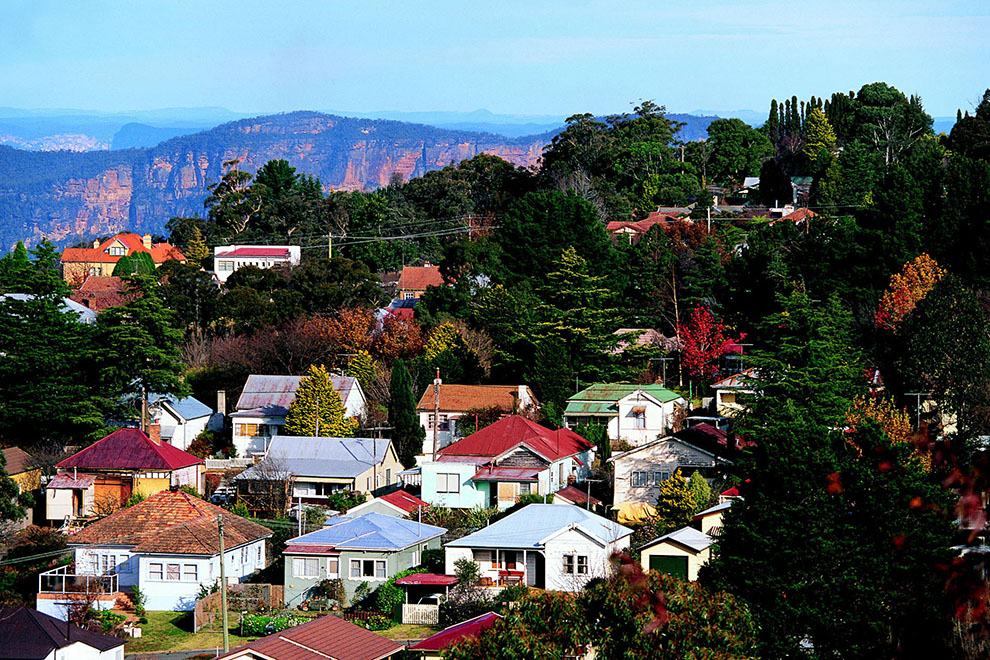 Lots of different people rubbing up against each other: Katoomba, in the Blue Mountains west of Sydney. AFP