Music | Is there a contradiction between Robyn Archer’s stature as a thinker and her sometimes playful performances? 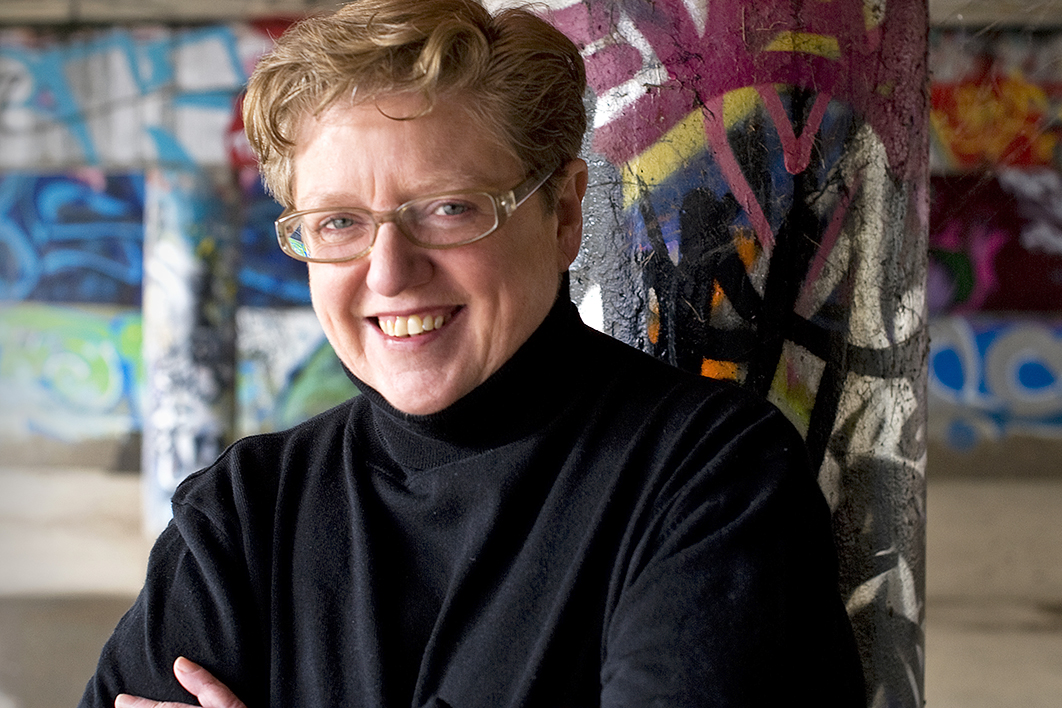 If you’ve ever wondered how to do a decent imitation of Dean Martin, I have the secret. I learnt it from Robyn Archer in her new show, Picaresque.

It had been at least a couple of decades since I’d seen Archer perform. In the interim I’d read her essays, heard her lectures and interviewed her several times on The Music Show, either about arts policy, in her capacity as a festival director in Canberra and Tasmania, Adelaide and Melbourne, or about her abiding passion, the writers and composers of the Weimar Republic. The Archer of A Star Is Torn and The Pack of Women had gradually been replaced in my memory by Archer the public intellectual. So it was a jolt to see her once more treading the boards at last month’s Adelaide Festival, and performing from a repertoire that embraced opera, national anthems, hymn tunes, James Bond songs, Jacques Brel and Mary Schneider.

Robyn Archer is a hoarder. She says she isn’t, but there can be little doubt. The entrance to the banquet room at the Adelaide Festival Theatre was festooned with vast collages of boarding passes, baggage tags and Do Not Disturb signs from a hundred hotel doors. They were not props, but evidence, retained by Archer, of forty-two years of international travel.

You enter the venue itself, and the room is a maze of cardboard buildings, further mementos from Archer’s journeys. There are maquettes of the Eiffel Tower and the Arc de Triomphe, the Chrysler building and the Empire State, the Tower of Pisa, the Palace of Westminster and the Sydney Opera House. Not the Parthenon, though, which Archer later confesses to having mislaid, together with the Taj Mahal.

Her show takes place in and around these models, with individual buildings and groups of buildings illuminated as she recalls her life in stories and songs, accompanied by George Butrumlis’s accordion and her own guitar and ukulele. She arrives in London for the first time in 1977 to Flanagan and Allen’s “Underneath the Arches”; in New York, she sings Yip Harburg and Jay Gorney’s “Brother, Can you Spare a Dime” in tribute to those who built the Empire State; in Paris, her favourite city, it’s Piaf’s “La vie en rose.” As you might predict, Bertolt Brecht lays claim not only to Germany (“The Ballad of Mack the Knife”) and Spain (“The Bilboa Song”) but also to Austria (“The Song of the Moldau,” with music by Hanns Eisler).

Most memorably perhaps, an American road trip is represented by a medley of some forty songs — I quickly lost count — that takes us from “San Francisco” to Rodgers and Hart’s “Manhattan” via Phoenix, AZ, Baton Rouge, LA, St Louis, MO, Mobile, AL, and Massachusetts, among many others. I’ll leave you to guess the songs, save to say that Archer’s fleeting impersonations of Janis Joplin, Bob Dylan and (with Butrumlis) the Brothers Gibb were almost as good as her Dean Martin. If Archer brings Picaresque to a theatre near you, you should certainly go and see it. Apart from anything else, she sings so well — something else I’d forgotten.

After her show, I couldn’t get it out of my head. In particular, I found myself wondering if there was a contradiction between Archer’s stature as a thinker and leader in the arts, and her sometimes playful performance in this show. You’d think the two might be at odds, and yet evidently they complement each other. She is equally convincing as intellectual and entertainer.

I cast around for other examples of this seeming paradox and found them. Barry Humphries — vaudevillian, aesthete and bibliophile — is one. Another is Clive James, with a career that has included hosting TV chat shows and translating Dante. In the anglophone world, the ability to think deeply yet entertain broadly seems oddly Australian.

It may be that, prior to Picaresque, the last time I saw Archer on stage was in 1990, in Barrie Kosky’s production of Schoenberg’s Pierrot lunaire for the Seymour Group. Even if that show wasn’t anyone’s finest hour, my memory of it remains vivid. And it brings to mind Pierre Boulez’s description of Schoenberg’s violently humorous monodrama with its twenty-one individual numbers, each a kind of musical parody, as “un cabaret supérieur.”

Cabaret, in fact, is the perfect vehicle for all of Archer’s talents. If she was playful in Picaresque, she was also perfectly serious. One moment she was the sauntering ne’er-do-well, “Burlington Bertie from Bow,” the next she was singing “Abide with Me,” unaccompanied, as she had once done at the Lucknow grave of Walter Burley Griffin. She spoofed “Nessun dorma,” but performed “You Only Live Twice” as straight as a die.

The authentic experience is personal. The stories are from the life of the singer, and the songs have been collected along the way, like Archer’s boarding passes. It hardly matters that the songs may not be composed by the singer: in the context of the singer’s life — and loves and politics and disappointments and triumphs — they have specific meanings, and it is these, as much as the songs themselves, that the cabaret singer communicates to us. Real cabaret is transactional, and the best is transformational. I doubt I shall hear “Abide with Me” again without thinking of Lucknow.

On Archer’s new CD, Classic Cabaret Rarities, she presents examples of European cabaret in three of its heydays. From fin-de-siècle Paris there are the songs of Aristide Bruant; from Germany in the first thirty years of the twentieth century — from expressionism to Weimar — there are songs by Wedekind, Brecht and Friedrich Hollaender; from 1950s Paris, there’s Léo Ferré and Brel. They are intense songs, all of them: angry, tragic, bitingly funny; songs about ideas. They matter to Archer and she makes them matter to me. This is the real thing.

And regarding the Dean Martin impersonation, the trick is this. Don’t bring your lips together on the consonants and you’ll achieve that characteristic slurred drawl every time. •