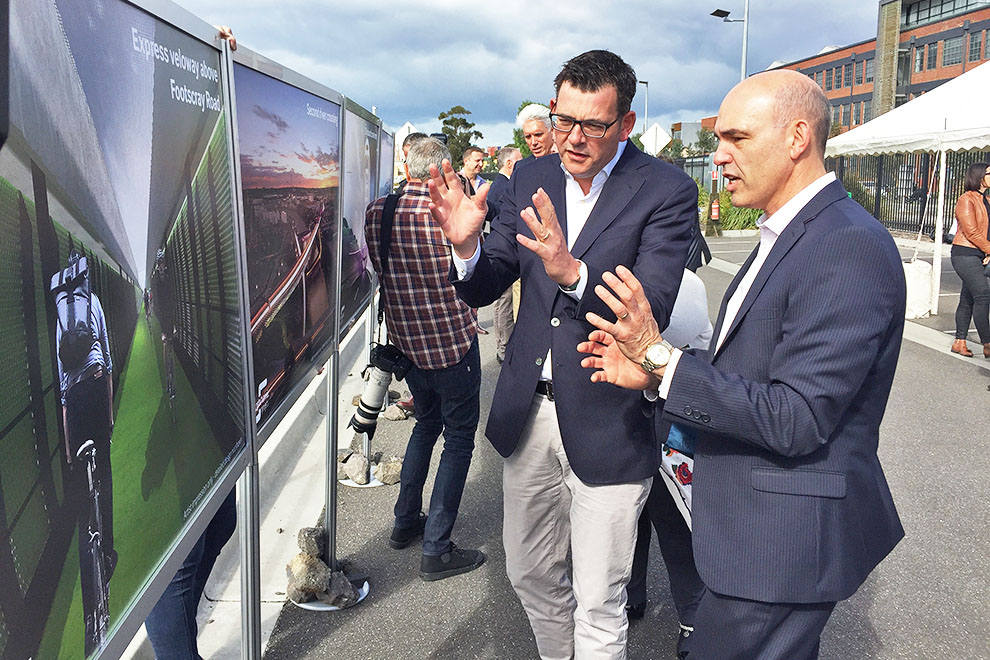 With an election due in November 2018, the recent downturn in the opinion poll performance of Daniel Andrews’s Labor government might seem like just a blip on Victoria’s electoral radar. But if a downward trend were to set in, it wouldn’t be altogether surprising.

While Victoria has been a “natural” Labor state for several decades – as reflected in state and national elections – Daniel Andrews’s government has struggled on a number of fronts. It no doubt expects credit for its high-profile investment in infrastructure, but even here the nitty-gritty of choosing and implementing projects invariably produces winners and losers, with the media providing the latter with an abundance of venting opportunities. In the case of one of the biggest-ticket items – the removal of a number of congested road–rail level crossings, with initial focus on the electorally sensitive Frankston corridor – the government will be hoping that memories of temporary inconvenience will have faded by election day, and be replaced by gratitude for a smoother journey. Small businesses devastated by loss of easy customer access to their premises, however temporary, may be less grateful, although Labor cynics might observe that annoyance among this core conservative constituency is unlikely to upset previous voting patterns.

The massive Metro Tunnel project has generated similar problems in the CBD, complicated by the fact that two or three state elections will have come and gone by its completion date of 2026. Given the disruption involved, this will certainly test the proposition that voters will tolerate short-term pain for long-term gain. The difficulty for the government is that nine years of pain exceeds the normal understanding of “short-term.”

Of more concern for state Labor, though, are the government’s self-inflicted wounds. The most significant involved a conflict over a new enterprise agreement for fire-fighters, which ultimately pitted the government against the Country Fire Authority and saw the board of the latter sacked by the former. Along the way came the resignation of the responsible minister, Jane Garrett, who had essentially sided with the CFA. As the government’s decision had the effect of aligning it with the activist–militant United Firefighters Union, the opposition and the Murdoch press had a field day bloviating on their perennial theme of “weak Labor government run by dangerous left-wing unions.”

While conservatives routinely overestimate the extent of broad community hostility to unions, this issue certainly did the Andrews government no good. In a rare dose of good fortune for the government, though, Victoria avoided any large-scale fire disasters during summer 2016–17, sparing voters any stark reminders of this problematic issue. Another summer lies between now and the next election, however.

The CFA issue at least had a policy dimension. The same can’t be said of a raft of parliamentary scandals that have undermined any credibility the Andrews government may have been seeking in the area of MPs’ behaviour and misuse of entitlements. The first to go, in July 2015, was small business minister Adem Somyurek, outed on a charge of bullying a staff member. He initially stood aside, only to have that status made permanent when an inquiry concluded that he had behaved unacceptably.

Less serious at one level (and even comical) was the fate of corrections minister Steve Herbert, who was revealed to have arranged for his ministerial chauffeur to drive his two dogs between his Melbourne home and his country residence. This was a story that could only have two results – the resignation of the minister (in November 2016) and the gratitude of Melbourne cartoonists and comedians.

At this point, the Andrews government was poised at that Oscar Wilde moment when further losses would move the situation from “misfortune” to “carelessness.” Alas, the transition came soon enough, with first the speaker, Telmo Languiller, and then his deputy, Don Nardella, accused of misuse of MPs’ residential allowances. Both resigned from their posts last month, with the former contrite but the latter not at all so, and opting to sit as an independent. Investigations continue, with the prospect of serious consequences for one or both – and, of course, substantial damage to the government overall.

To round off the theme, the government has been unsuccessfully resisting (all the way to the High Court) a state ombudsman’s investigation of allegations that Victorian Labor MPs misused electorate office resources by involving staff in campaign work prior to the 2014 election.

Two aspects of this mess warrant comment. The first is that while misuse of parliamentary allowances is now so endemic and routine as to attract (deservedly) an attitude of “a pox on both your houses” from the voters, the Victorian opposition has so far this term avoided any revelations that might leave it specifically embarrassed. Moreover, if the system is viewed as corrupt, voting against the government (not against the opposition) is usually regarded as the necessary purgative.

The second point is more contentious, and unlikely to be suggested by journalists keen to retain their range of parliamentary and party contacts. This writer has no such need and hence suffers no such inhibition. While useful commentary has focused on the need for powerful anti-corruption agencies federally and in those states where current arrangements seem inadequate, a prior question surely arises in relation to the calibre of parliamentary representation. Put crudely, the fewer crooks elected in the first place, the less work for anti-corruption agencies.

While this may sound harsh, the alternative view – of good people suddenly led astray by the temptations of office – is surely starting to wear more than a little thin. In an age of professional politicians, is it not possible that an entire working life in politics, doing whatever it takes, simply blinds some future MPs to the moral imperatives that people in conventional jobs need to observe on a daily basis, knowing that (unlike MPs) their offences will result in dismissal? Is an MP whose main pre-parliamentary skill was branch-stacking likely to demonstrate an instinctive aversion to corruption and use parliamentary and ministerial allowances ethically? It is difficult to avoid the conclusion that the preselection process places inadequate weight on personal integrity: location in the factional queue or ideological intensity seems of much greater significance.

While this is difficult terrain for the Andrews government, it is possible that its biggest problem will lie in the traditional election theme of law and order. In a field where perception trumps statistics, the belief that crime rates are increasing, fanned by the opposition and Murdoch’s Herald Sun, will need to be factored in. There has been a particular concern about residential burglaries, now dramatically relabelled “home invasions,” and Liberal leader Matthew Guy is already promising to “make Victoria safe again.” Labor is conventionally vulnerable to conservative attack in this area, so Andrews’s main hope may lie in convincing the electorate that a massive increase in incarceration could send the state broke.

Single-term state governments are no longer a novelty. Victoria may well experience two in succession unless Labor can run a disciplined and focused operation for the next eighteen months. With forty-seven seats (counting the self-exiled Nardella’s as Labor) in a house of eighty-eight, the government has little margin for error. A loss of three seats would see the loss of majority government. Almost appropriately, the third seat to fall in a uniform swing would be Bentleigh, home of three level-crossing removals. •

Paul Rodan is an Adjunct Professor in the Department of Education and Social Sciences, Swinburne University of Technology.

When Robert Menzies’s pursuit of political ambitions annoyed key figures in the Melbourne establishment, they made their displeasure known through the city’s most exclusive institution

A civilian among soldiers: prime minister Robert Menzies with air commodore Raymond Collishaw and other senior officers during his visit to Australian troops in the Western Desert, probably in February 1941. Imperial War Museum 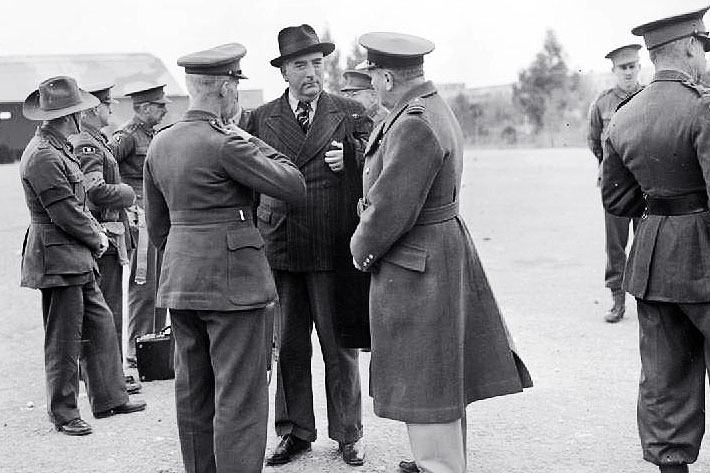 A civilian among soldiers: prime minister Robert Menzies with air commodore Raymond Collishaw and other senior officers during his visit to Australian troops in the Western Desert, probably in February 1941. Imperial War Museum