Election 2019 | Glenn Druery is working his magic again, this time in his boss’s home state 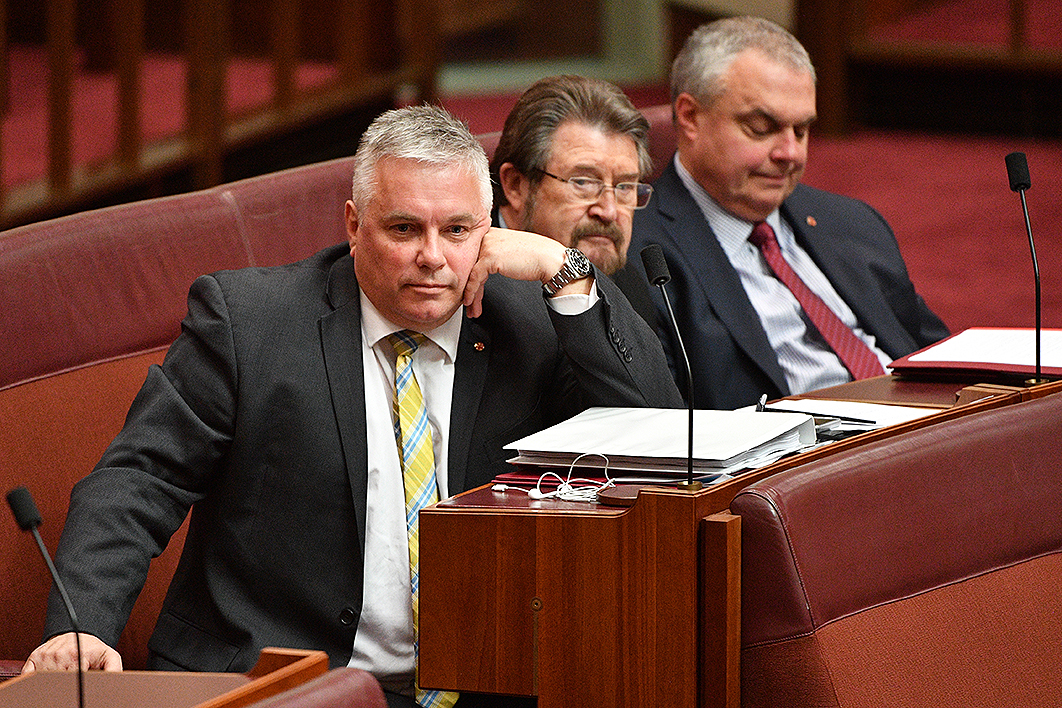 The preference whisperer is back. Although voters now have control of their own preferences in Senate elections, the man who made an art form of manipulating flows to come up with amazing outcomes — backroom negotiator Glenn Druery — has come up with a stunning new design.

Druery’s day job is as chief of staff to Victoria’s senator Derryn Hinch, the former TV and radio journalist they call the Human Headline. And this time his preference art is designed to get his boss re-elected.

In an unheralded coup, Druery has negotiated preference deals with all three major parties that could see Hinch sneak home with Victoria’s final Senate seat.

Hinch is poised to receive preferences from Labor voters, and possibly Coalition voters and Greens. In short:

• Labor has directed its voters to preference Hinch second — in apparent defiance of a national agreement to swap preferences with the Greens, who have been demoted to third.

• The Coalition has listed the centrist senator as its sixth preference, but that lowly position is deceptive. Of the four parties preferenced above him, only Clive Palmer’s United Australia Party has any hope of being there in the final stages. If the UAP drops out before Hinch does, Coalition preferences will head his way.

• The Greens, meanwhile, have given Hinch their third preferences — behind Labor, but ahead of everyone else in the contest.

• And, in a bizarre twist, Hinch’s own preferences will in effect be directed to the Greens, then Labor, then the Liberals.

This extraordinarily cosy arrangement was negotiated by Druery, on behalf of his boss, with Labor and the Greens, after the two parties of the left became concerned that Hinch’s preferences might otherwise end up with the Liberals.

Druery declined to discuss the deal, but conceded that it was “a complex arrangement” that would make Hinch competitive in the battle for the final Senate seat — which he thinks will be with Palmer’s United Australia Party.

“The last polling I saw, the Liberals were close to two quotas,” he told me. “The wild card is Clive Palmer’s party. Can you sell the voters a dud twice? I wouldn’t have thought so, but he’s spending far more money this time than he did in 2016.”

Sources close to the negotiations said the Greens ultimately agreed to allow Labor to override their own agreement for a preference swap, because all sides expect Greens senator Janet Rice will win enough votes to retain her seat, and the Greens would rather help Hinch return than to see his seat go to Liberals or Palmer’s party.

No other candidate in Australia has been as lucky as the former broadcaster, who delivered one of the best lines of the campaign this week on ABC TV, when he began his reply to a question with the words “The last time I was in jail…”

In South Australia, the Centre Alliance (the former Nick Xenophon Team) also appears on the preference tickets of all three larger parties, but it is unlikely to receive any from Labor or the Greens, because they are looking after each other. In Queensland, Katter’s Australia Party appears on the tickets of both main parties, but is well down their cards and unlikely to benefit.

Senate preferences aren’t as good as they used to be. From 1984 to 2013, the 95 per cent of Australians who vote above the line had their preferences distributed for them by the parties. It was Glenn Druery who worked out how to corral micro-parties of all types into deals to direct preferences to each other to get them elected.

His most famous feat was in 2013, when his preference architecture got Ricky Muir of the Australian Motoring Enthusiast Party elected from Victoria with just 0.5 per cent of the vote. Muir received preferences from virtually every other party to overtake Liberal senator Helen Kroger, who had begun with 11.5 per cent.

Results like that led the Coalition and the Greens to negotiate reforms to abolish group voting tickets and return control of voters’ preferences to the voters themselves. The 2016 election saw preferences spray everywhere, reflecting the diversity of voters’ views. They ultimately changed only one result — electing Malcolm Roberts of One Nation to Queensland’s final Senate spot instead of a Liberal Democrat.

In the new system, the preference tickets of minor parties are mostly irrelevant. They lack the support base to staff more than a fraction of the polling booths, and their voters don’t do what they’re told anyway.

(Druery has nevertheless wooed the micro-parties for preferences, and with some success. “I’ve seen a lot of elections come down to a handful of votes, so every vote is precious,” he explained.)

But the goldmine in the new system is Liberal and Labor preferences. The big parties have volunteers at almost every booth, and research by the Victorian Electoral Commission has shown that their voters are those most likely to follow exactly the party’s how-to-vote card.

Their preference tickets (and to a lesser extent, those of the Greens) are arguably the only ones that will matter in Saturday’s election.

All states at half-Senate elections usually vote in three candidates from the left and three from the right. Labor and the Coalition are certain to win at least two seats each from each state, so Saturday’s Senate contest is really about who wins the final two seats in each state.

Hinch was elected in 2016 with 6.1 per cent of first preferences after winning top place in the Senate draw. His campaign focus on tackling crime primarily drew votes from the right, but as a senator he has been basically in the centre, calling issues as he sees them. If elected, he and the Centre Alliance would be part of a small crossbench holding the balance of power.

Overall, as I have argued earlier, neither major party is likely to control the new Senate, although both are likely to make gains at the expense of the crossbenchers. The Greens should retain most of the six seats they are defending, but the minor parties of the right might win only a single seat: the last seat in Queensland, likely to be fought out between Clive Palmer, Malcolm Roberts and possibly Fraser Anning.

The Greens meanwhile will have their fingers crossed. If their vote in Victoria turns out to be less than expected, there is an outside chance that they could end up fighting Hinch for the final Senate seat — and that Labor preferences could take it from them, as has happened so often in the past under deals Druery negotiated. •