A major constitutional crisis was narrowly avoided in Victoria, write Alistair Harkness and Brian Costar, but its cause hasn’t gone away 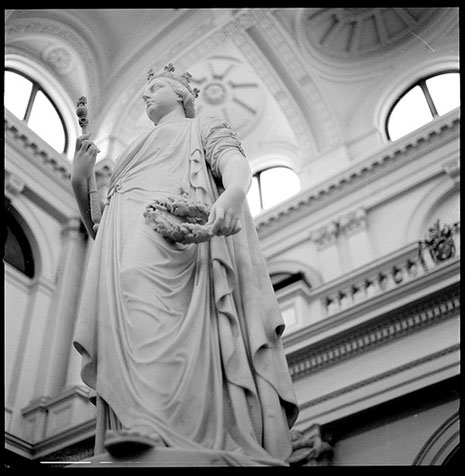 One of our attentive readers has pointed out (for which we thank him) that Section 40 (2) of Victoria’s Constitution Act states that “all questions arising in the Assembly shall be decided by a majority of members present other than the Speaker and when the votes are equal the Speaker shall have a casting vote.” The problem this creates for the current eighty-eight member Assembly is that, in the event of a precisely split parliament, it effectively denies the Speaker any sort of vote. If there are eighty-seven “voting members” there can be no tie unless a member is absent and not paired. We know of no Westminster-derived parliament in which a presiding officer cannot vote and Victoria has had this problem only since 2003. In the 1960s and 1970s the Assembly had seventy-three members until this was increased to eighty-nine in 1982. An electoral redistribution is likely to be completed by the end of 2013 and if this issue is not addressed now the problem will be locked in for another decade. The article below has been amended to reflect this point.

WHILE Julia Gillard has been running a closely watched minority government in Canberra, the Victorian government’s wafer-thin majority has attracted comparatively little attention. For the moment, premier Ted Baillieu has a workable majority of one. But unlike his federal counterpart, if he loses that majority he doesn’t have the option of calling an election to seek a fresh mandate. The inevitable result would be parliamentary deadlock.

The problem has two causes: Victoria’s system of fixed election dates, introduced in 2003, and a very close election result. In November 2010, the Liberal–National Coalition secured forty-four seats in the eighty-eight seat lower house. Labor won forty-three seats, with one seat undecided for more than a week after the poll.

Eventually, voters in suburban Bentleigh gave the seat to the Liberals by a majority of just 261 votes, and Victoria dodged a constitutional bullet. But a similar bullet could be fired again during this parliamentary term, or at some time in the future, this time with a fatal result, because Victoria’s constitution is silent on the question of what would happen if the numbers in the Legislative Assembly were balanced at forty-four all.

The first requirement of any new parliament is to elect a Speaker. But this ordinarily simple process – whereby the party or coalition with a majority of seats usually nominates one of its own for this important post – could not occur in an evenly divided lower house.

Without a speaker, no business can be conducted. Parliament would be deadlocked, proceedings adjourned indefinitely, and Victoria faced with a constitutional crisis. The same problem could occur in Canberra if the two major parties split the House of Representatives seventy-five apiece, of course. But the big difference is that the Victorian Assembly has fixed terms and a fixed election date. Only a vote of no confidence or a failure of the lower house to pass supply bills is grounds for an early poll.

In a deadlocked Assembly, a party that appointed one of its own as speaker would be left with forty-three votes (compared with forty-four for the opposition). Given that the Speaker has a deliberative vote, this doesn’t change the parliamentary arithmetic; the deadlock remains. If a party’s MP “ratted” to accept the speakership from its opponents, it would provide a narrow working majority but end in vilification and indignity for the member concerned. (Notwithstanding recent events in Canberra, it is quite unusual for an MP to make this decision – the last time anyone swapped parliamentary parties in Victoria was in 1980.)

In Westminster-derived systems such as Victoria’s, this stalemate is usually broken by another (albeit inconvenient) election. But it is hard to see how a Victorian premier would be able to advise the governor to dissolve the Assembly given the fixed parliamentary term and the fact that parliament – unable to conduct any business and therefore adjourned – couldn’t reject supply or vote on a confidence motion (or do anything else).

Increasing or decreasing the number of lower house seats to an odd number would appear a logical remedy; raising the number of lower house seats to eighty-nine, for example, would make the numbers in Victoria’s lower house identical to Queensland’s. This would have wider ramifications, of course. The Legislative Council is currently made up of eight regions: each is represented by five members and each comprises eleven contiguous lower house electorates. A change of just one seat in the size of the Assembly would mean that electoral boundaries for the upper and lower houses would no longer correspond.

Nevertheless, the safe option is to increase the Assembly to eighty-nine members and have eight Council regions containing eleven complete lower house districts with the eighty-ninth straddling two provinces. Contiguity of lower and upper house boundaries would be lost, but this is far less an evil than the current time bomb.

But Victoria has one last problem. Because of ill-considered amendments to the constitution made in 2003, a referendum is now required to increase the members of the Assembly. •

A long way to the top

A poor field of candidates has led at least one high-profile conservative to propose that the Republicans focus on Congress rather than the White House in November, writes Lesley Russell in Washington 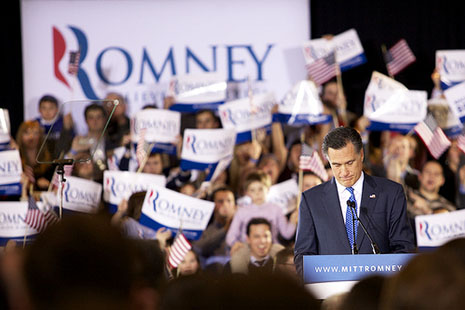